Although we are not vegetarians, we embraced vegetarianism in India. The variety of vegetarian food there was so great and neither one of us had any stomach problems whatsoever during our six weeks in Rajasthan! Here is one of our favourite vegetarian dishes, fried daal.

Part I: Prepare the Daal

Note: In my journal I described split green gram daal as ‘tiny yellow lentils’. When I tried to find them locally, the clerk told what I wanted was chana daal, a type of chickpea. It was considerably larger than the ‘gram’ in my photos, and didn’t ‘dissolve’ into runny puree like the ‘gram’, even after I had reheated it several times. Although the taste was very similar, it was starchier than the Indian original.

Bring to a boil, then simmer until soft. This takes about 20 minutes for the gram, pictured below. It takes a lot longer for the chana daal, and it never dissolves into a runny puree like the gram.

Melt ghee, add the onion (or shallot) slices, and fry until soft. Add cumin and cilantro, and the tomatoes at the end.

Add to the pot of cooked daal and serve.

Although using the larger chana daal made the dish a tad starchier than the ‘gram’ we used in our Udaipur cooking class, overall the flavour was identical and very good. Below is the video of our cooking class in India!

2 responses to “Fried Daal from my Cooking Class in Udaipur, India” 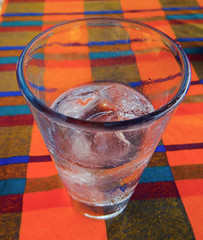 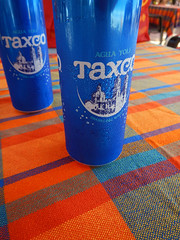