I took the Mixed Media & Built Surface class two years ago in order to get back into painting. Now I am taking it again in summer 2013, as life got too busy to carry on exploring all the amazing things I learnt. This blog is a mix of ‘then’ and ‘now’.

In the introduction to this class our instructor Jeanne commented, “If you are hoping to produce a masterpiece then in you’re in the wrong class. This class is all about fun!”

Our first class focussed on transfers of images.

The best images for transfer

The best images are high-contrast, and must be printed on a laser printer or photocopier as inkjet prints do NOT work. At the art school they had a real razzle dazzle ‘art’ photocopier but regular laser prints will work. Most of the images I brought to the first class class had too much grey in them. Below are some of the images I ended up using for transfers…

prepping an iguana for image transfer…

June 25, 2013:  Two years later, my second time taking this same class, and my image choices were a lot better…

Our super instructor’s site: http://jeannekrabbendam.com/ On her site she has her paintings plus all the different workshops and courses she teaches. 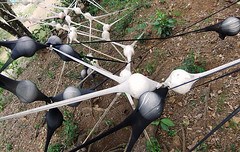 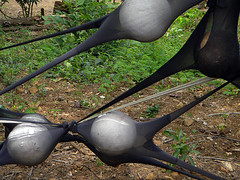