Myanmar is a country profoundly influenced by Buddhism. Flying over the country it often seemed as if there were more Buddhist pagodas than villages.

The most sacred pagoda in this country full of amazing pagodas is the great Shwedagon Pagoda in Yangon. 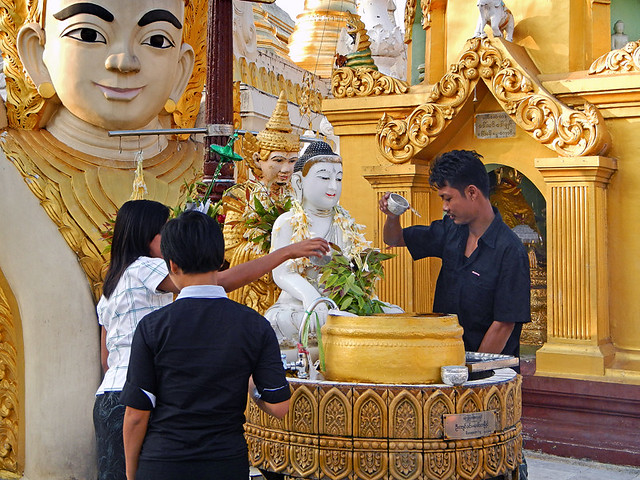 Entering Shwedagon via the eastern gate, we trudged up the many stairs along with huge numbers of monks and pilgrims. At a certain point we had to remove our shoes, and were wrapped in longyi – Myanmar sarongs – to cover our exposed knees.

As foreigners, we were charged $8 US each to see the pagoda; the locals were allowed in for free, but often donated much more than that in offerings of all kinds, especially gold.

The pagoda had a huge central stupa, covered with gleaming gold, and arrayed around it were small Buddha stations each representing different days of the week.

Buddhist belief attaches particular significance to the day of the week on which you were born, with each day having a guardian animal. People gathered around their particular birth station washing the Buddha and making offerings.

In the busyness of the temple a monk peacefully meditates. 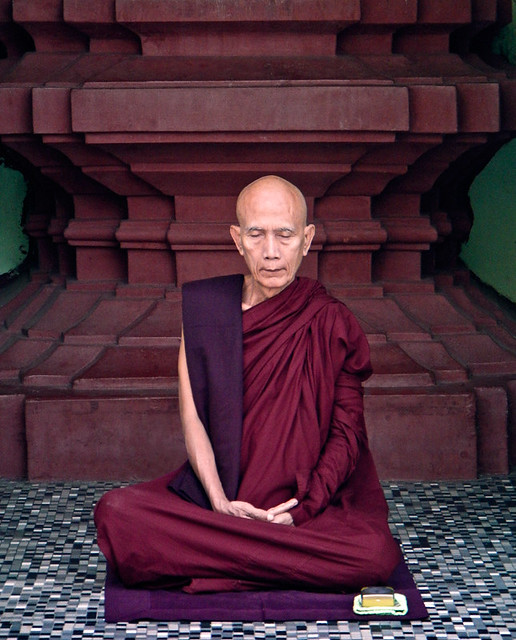 After the sun set, the crowds grew even larger. An American sidled up to me, “Isn’t this the most beautiful place you’ve ever seen?” “There’s so many people,” I answered. “That’s what makes it so powerful,” he replied. 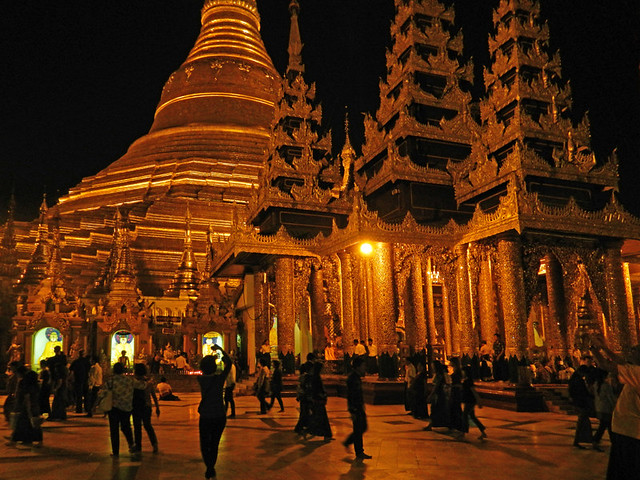 A great article about the pagoda is at wikipedia: http://en.wikipedia.org/wiki/Shwedagon_Pagoda

For more on this photo challenge: http://dailypost.wordpress.com/2013/12/13/photo-challenge-community/