A sunny day in Mandalay resulted in interesting shadows on this unusual tower in the Royal Palace Complex. The tower itself stood out from the rest of the buildings, with a spiral staircase that wound its way up to the viewing platform. 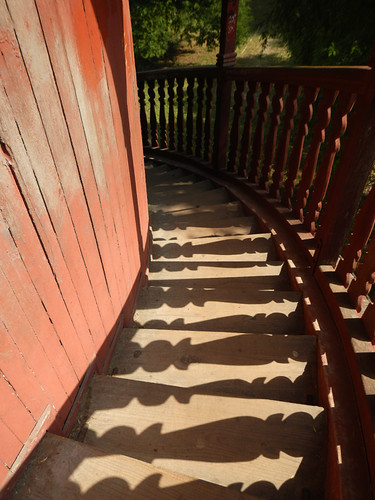 Almost at the top. 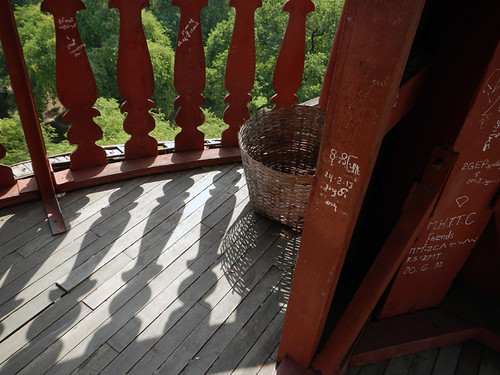 The tower casts its shadow over the people below. 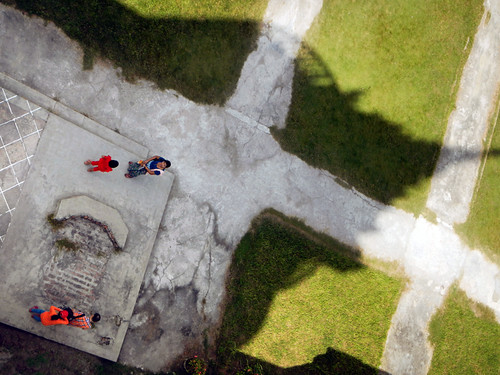 How the tower looks from afar.

Changing Signs of the Times in Myanmar shows some of the conflicted signage taking place in Mandalay in late 2013 – these were primarily taken either at the palace or very close by.

http://www.timetravelturtle.com/2013/02/royal-palace-mandalay-myanmar/ gives a more detailed photo-essay on the history of the palace.

For more on this photo challenge see: http://ceenphotography.com/2014/04/21/cees-fun-foto-challenge-shadows/