I had originally thought that the bottles of cloudy liquid for sale contained some kind of fuel, as they were often sold next to bottles of gasoline.

But on our boat trip down Inle Lake we stopped into one of the ‘wine’ makers and I discovered that the cloudy liquid was actually rice wine.

At least they call it rice wine. But they make it with a still. And it’s pretty strong: 25%. (Maybe it could be used to run vehicles after all!) 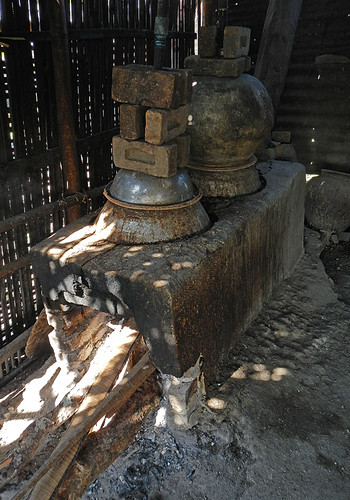 The ‘wine’ ferments in these heavy duty pots covered with bags that use to carry various products. The village smelled wonderful as we went by! 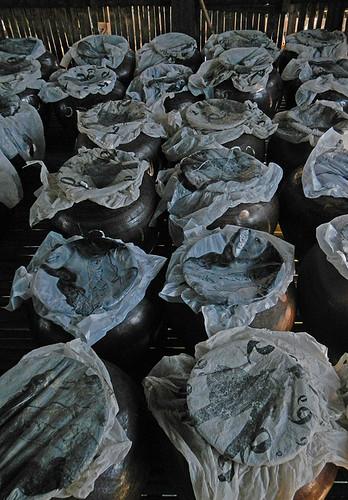 A chance to experience this form of Burmese hospitality. Sips of the potent rice wine, followed by a chaser of green tea. And accompanied by a few salty snacks that the Burmese love: deep-fried tofu and puffed mung bean sticks.

Incidentally, this is how gasoline is sold in Myanmar; it’s the red stuff in the recycled liquor bottles. This store also sells beer, snacks, coffee, tea and other Burmese necessities of life. This one doesn’t have any rice wine in there, but I have seen other, smaller stands that sell it, along with gasoline – I just can’t find any photos of this. 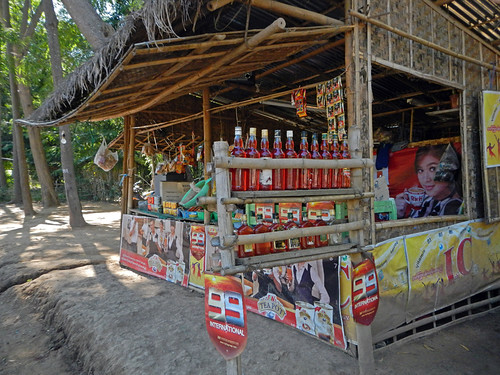 And here’s some rice wine in reused water bottles, along with some seafood snacks… 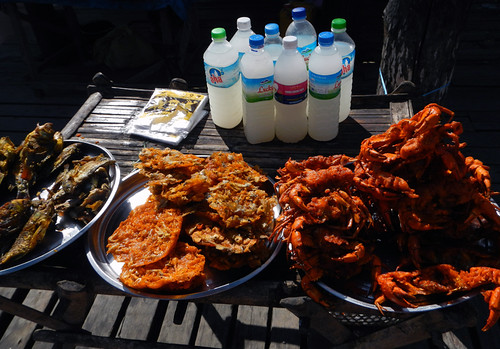