This week’s challenge was particularly appropriate for me as I was going on a road trip through BC and Alberta. Except I wasn’t able to post anything as I was mostly off the grid, so very challenging in terms of staying connected.

We were off for a reunion with old friends in Banff. And planning to do some ‘winter’ camping. We were prepared. Or at least we thought we were prepared.

Banff is a ten hour drive from Vancouver. We had loaded up the car the night before, set out around eight, stopped to pick up a friend (and all his gear), and then tried to connect with some other friends who were also driving up.

Our friend in the back seat was texting back and forth between our other friends and burning up his batteries big time. We finally got together for lunch around two, where our two texters complained about dead phones.

This was our lunch stop at the Beehive Burner Pub, just east of Sicamous. 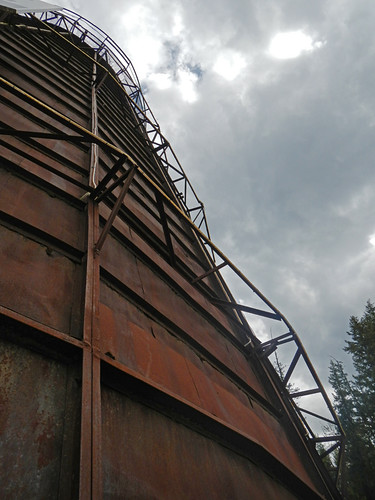 The Rockies start around Revelstoke. This is an avalanche chute in one of the first mountains I encountered, and is also the first of many shots of snow-covered mountains. Don’t worry, I won’t make you look at the other hundred or so. 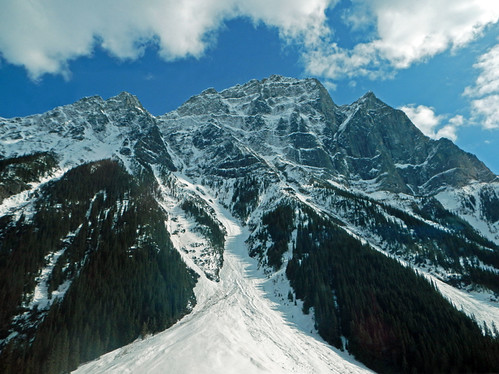 We made it to Banff by six. At the Banff Avenue Brewpub I had my first Alberta beer of many, a seasonal Wit. Don’t worry, I won’t make you look at the other hundred or so. 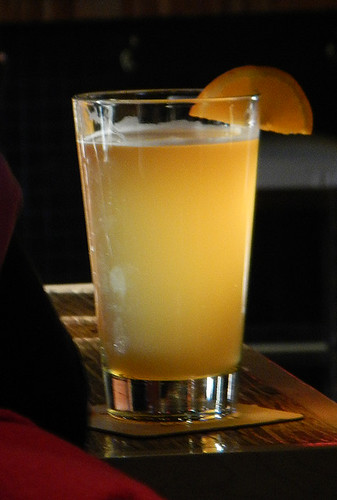 That first night we stayed at a B&B, formerly a boarding house for the railway workers. It had both wifi and electricity. Twit that I was, I didn’t realize that in the future such luxuries might not be available, and didn’t bother to recharge various electronic paraphernalia overnight. 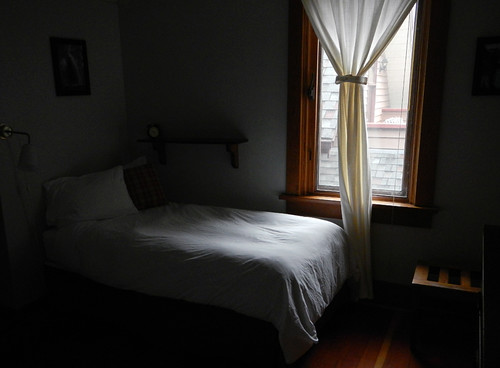 We probably should have stayed there every night, rather than try and brave camping in those beautiful snow-covered mountains. At our last reunion this is what our tent looked like at two in the morning. You think we would have learnt something from this. But no. We had packed about ten blankets along with a couple of short thermorests and some ‘below zero’ sleeping bags, but even so our first night at camp was cold and sleepless.

For breakfast we headed out for warmth and wifi(!) at Melissa’s Missteak. The first thing I did was check the weather forecast. It doesn’t look too bad. Emails from friends and easy access to Google and information are what I miss most when I can’t connect.

After a busy day we headed back to our tent about five in the evening, planning on a nap to make up for lost sleep the night before. We slept for two and a half hours, and the only reason I woke up was because I heard this odd creaking sound. The next thing I knew our tent slid sideways and almost collapsed on top of us. We managed to shake off most of the snow from the inside and ventured out into a winter wonderland.

While we had slept there had been a blizzard out there!  I know I promised that I wouldn’t show you any more snow-covered mountain shots. But after the blizzard Mt. Rundell looked pretty spectacular catching the evening light… 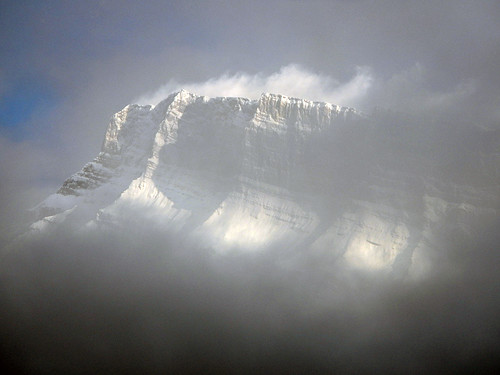 I had brought a 12-pack medley of Big Rock beer with me. I figured I was in Alberta so I should try Alberta beer. Unfortunately this was their summer medley, and these light summer beers are meant to be served really cold. Fortunately there was a lot of chilling stuff just lying around on the ground. Who needs refrigeration?

I headed out to the washroom to change into my evening attire (tee-shirt, turtleneck, sweatshirt, winter-weight fleecy, weatherproof jacket, wooly underwear, jeans, rain pants, gloves, toque, winter boots). When I came out of the campsite washroom I found a half dozen cameras pointed at me, some on tripods with really long lenses on them. On second glance they seemed to be angled slightly to the right of me. Ah ha, here are the real stars that these paparrazi are out for. 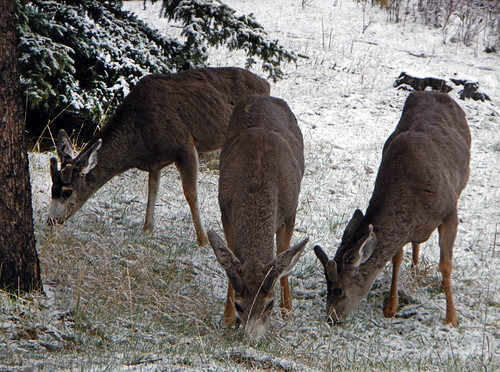 A friend lent us a blow-up mattress for the next night, which made a huge difference over just sleeping on the ground. I only wish we had thought of attaching some velcro to the outside of sleeping bags so the blankets didn’t keep slipping off. I slept in my full evening attire minus the boots so I was warmer than the night before.

We had planned to do a bit of travelling after the reunion but without much sleep we decided to head to Kamloops and visit my brother. We left at two and at first I took a lot of photos through the car window. But the batteries on my camera were running low and it didn’t take long before the clean windows were obscured by squished bugs.

Five hours later we arrived in Kamloops. What a difference five hours make! Everyone was wearing strappy sundresses or shorts; those that tanned were dark, those that didn’t tan sported red sunburns on their arms and legs.

A day later and I was back at home, and found myself tagged 53 times in Facebook. Obviously some people got their electronic gear working!

For more on this challenge: http://dailypost.wordpress.com/dp_photo_challenge/on-the-move/

3 responses to “WPC: On the Move and Off the Grid”