The Powell St. Festival in Vancouver is a celebration of Japanese heritage in the province. One of the highlights for me is when they carry the omikoshi shrine through the park amidst a lot of shouting and boisterous behaviour from the crowd. 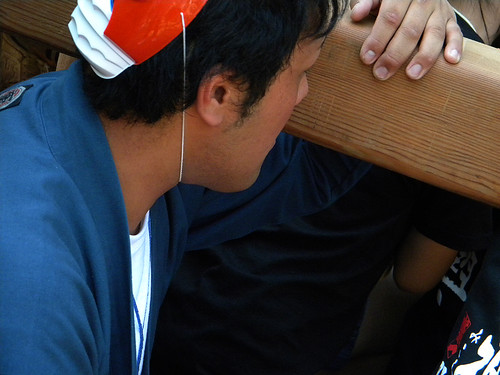 The omikoshi, or shrine, is ornate and full of Japanese symbolism. 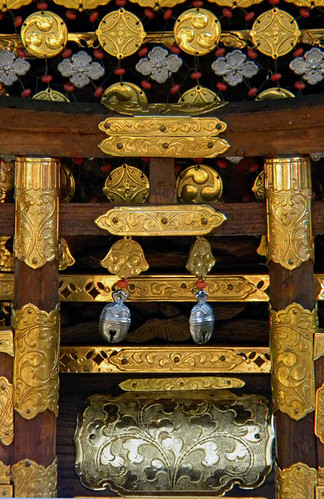 Two people position themselves on the front and the back of the shrine, and exhort onlookers to get into the spirit of the festival. 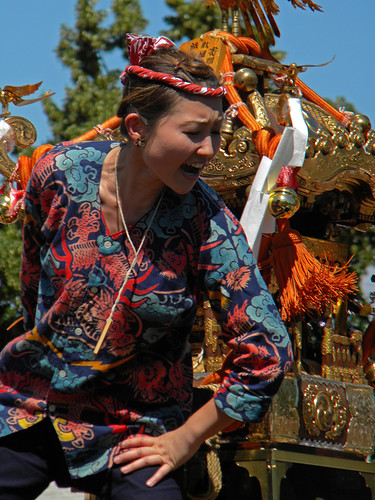 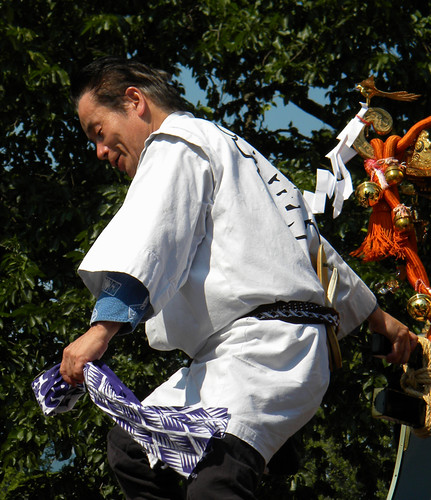 People throw a lot of water on the shrine and everyone gets wet. 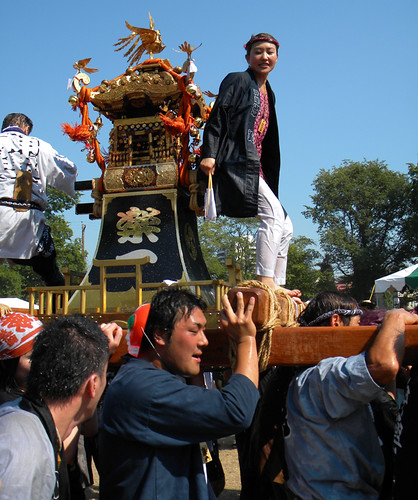 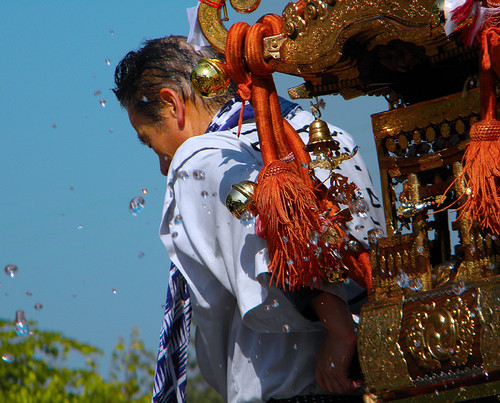 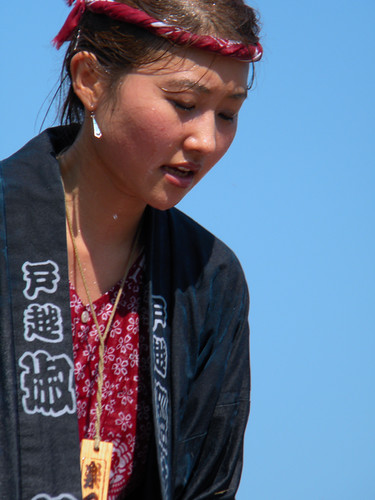 ‘The omikoshi or portable shrine is an essential element in festivals all over Japan. The carriers, who are believed to be possessed by a divine spirit, rock the omikoshi vigorously; the more frenzied their efforts, the more good fortune is said to pass on to everyone.’ Source: 2013 Powell Street Festival Brochure, http://www.powellstreetfestival.com/wp-content/uploads/2010/01/psf2013_programme.pdf

The first festival back in 1976 was where I tasted my first sushi, although at the time I had no idea it was called ‘sushi’. I had been totally charmed by the red and black lacquer bento box and the arrangement of beautiful little food items in it. As I worked my way through my meal a crowd of Japanese-Canadians cheered me on every time I took another hesitant bite.

In the more recent festivals there’s a lot more variety of Japanese food available, as well as great music, dance, sumo wrestling, bonsai, tours of Japantown and more. You also get to see a variety of authentic Japanese clothing, both modern and traditional. Well, maybe sometimes a little too authentic! 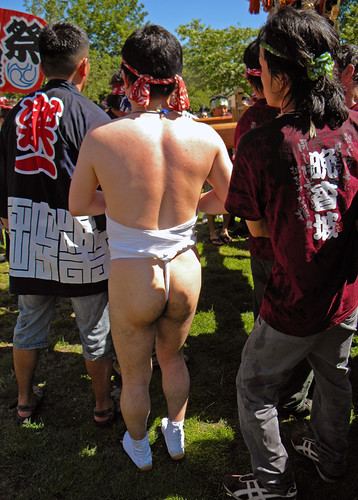 It’s one festival I never miss!

This is for the ‘A Word a Week Photo Challenge: Carry’ : https://suellewellyn2011.wordpress.com/2014/05/23/a-word-a-week-photograph-challenge-carry/

One response to “Carrying the Omikoshi, a Japanese Shrine”