“You won’t get lost, it’s paved.” The ranger at the Port Angeles Information Center made the Hurricane Ridge hike seem like a walk in the park.

The hike isn’t as easy as it it sounds. There is an elevation change of 600 feet, a fair rise for a couple of old farts like us. Also the pavement is there for a reason, which is to keep people on the paths, off the fragile ecosystem and allow these stunning summer vistas to exist.

The wildflowers are out in abundance in July. The purple-blue clumps in the background are lupines and in the foreground Cow Parsnip blooms along the edges of the trail. 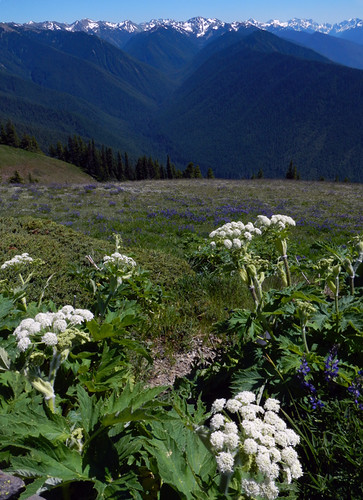 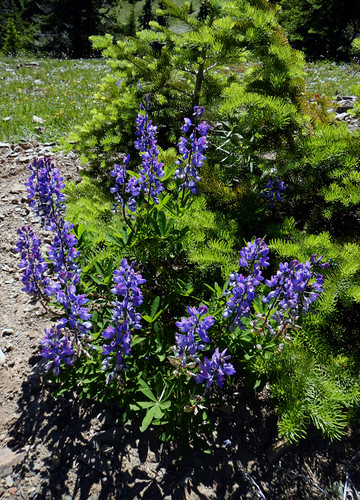 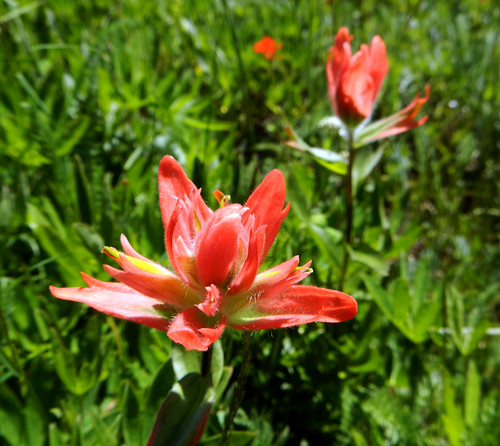 And a bambi chowing down on these beauties. It appears that wildlife is exempt from the ‘protect the fragile ecosystem’ rules. 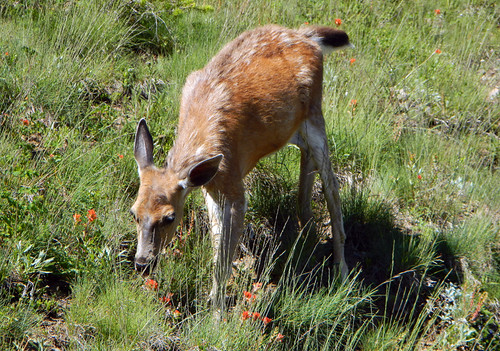 Not sure what this pretty little flower is, there wasn’t anything to identify it nearby. 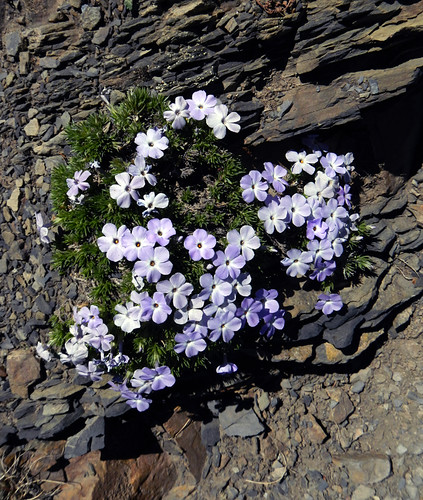 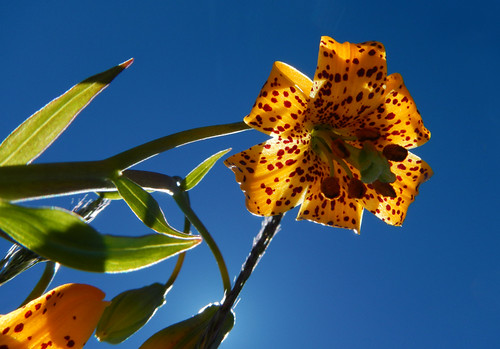 Scalloped Onion. This one had a plant identification marker nearby. 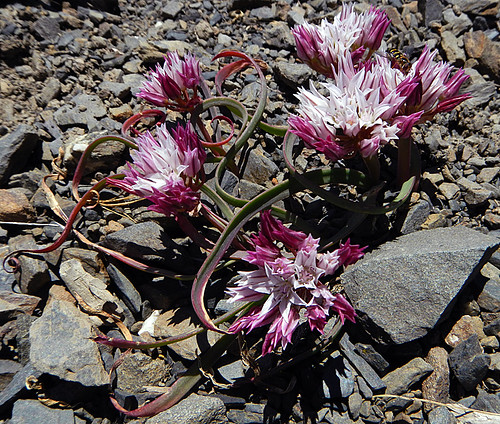 “What kind of flower do you think this is?” A woman waved her plant identification book in front of me. “Hmmm, some kind of white lily?” I answered. She thumbed through her book. “Is this it?” “Yup, White Avalanche Lily.” Hey, I got two out of three! 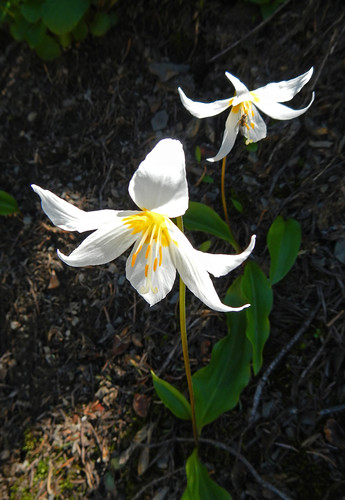 Some over-eager tourist was gored last month by a mama goat protecting her baby so the rangers ran around cautioning everyone from getting too close. It was quite difficult to keep one’s distance as this ‘herd’ of nine goats moved constantly. Someone should make a video of the dance between the tourists, trying to get out of the way, and the goats who are going anywhere they want to and quickly! 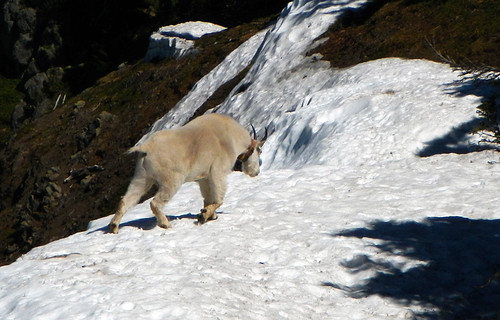 Mama mountain goat looks a bit disreputable as she sheds her winter woolies. But her little kid is soooo cute. 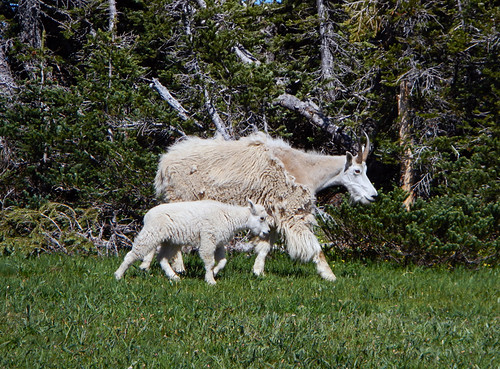 The devastation after a blow-down. One last look at the view! 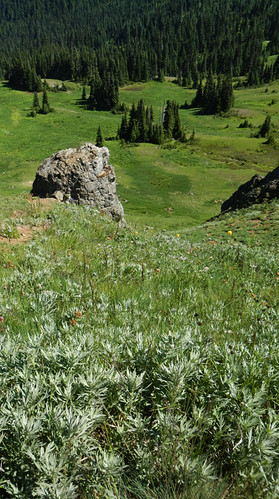 Hurricane Ridge is part of the Olympic National Park. The fee (in 2014) is $15 per vehicle for seven consecutive days, or $80 for a one year pass to all the National Parks in the US. More on Hurricane Ridge: http://www.nps.gov/olym/planyourvisit/visiting-hurricane-ridge.htm