They never even mentioned whales when we purchased the tickets for a boat tour of Deception Pass. But they must have known they were there because there’s a resident pod of orcas that  lives in the area year round.

A pregnant seal basking on the rocks (or at least I think she’s basking; she might be trying to get down to the water and not being very successful at it.) There were lots of other seals and pups but they didn’t show up as well as this one. 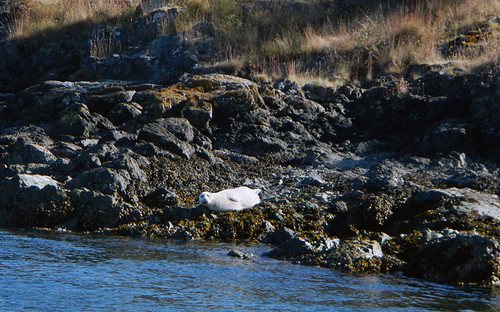 Going under Deception Pass bridge on the way out into the Sound. 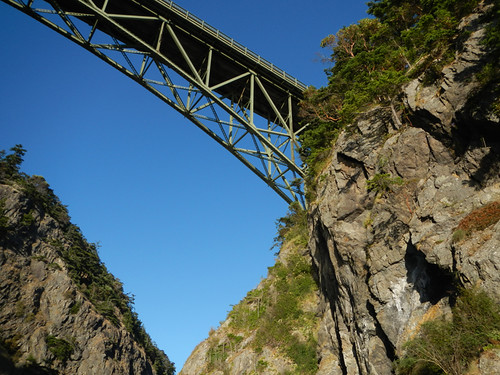 A couple of orcas pass by, two of many. The boats are not allowed to get too close to these amazing creatures although these two happened to pop up right next to us. I am really cursing my camera with only 5x zoom – next time I go I will bring a better camera. (Later I had trouble capturing bears and marmots with that dratted 5x zoom.) 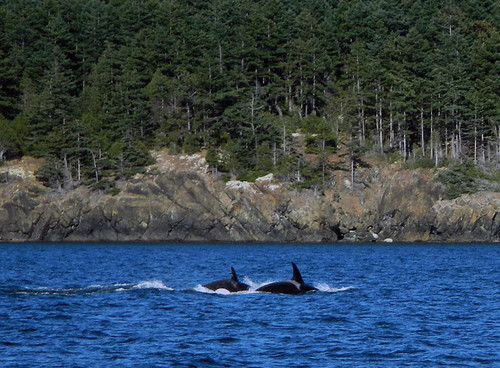 My dad’s painting of the orcas from when he went whale watching on Vancouver Island. They look pretty similar. I wonder if they’re related? They are a lot of blobby shapes resting on the rocks in his painting – they could be seals. Or giant slugs. Both are found in this region. 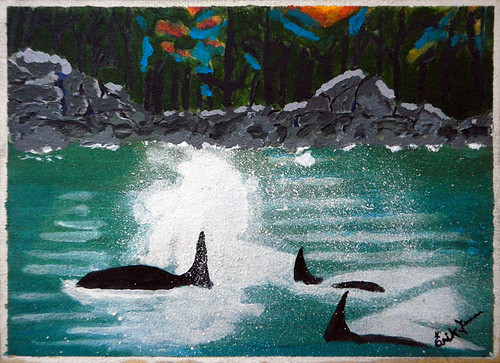 The University of Washington Research Ship. They were checking out the numbers of different species. But when they pulled the huge seine net in, there were only about eight fish. 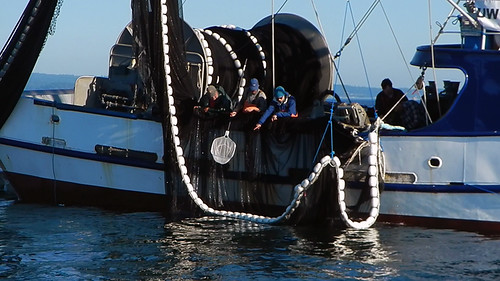 We went out on the six o’clock tour. It started out warm but got chilly as the sun went down. 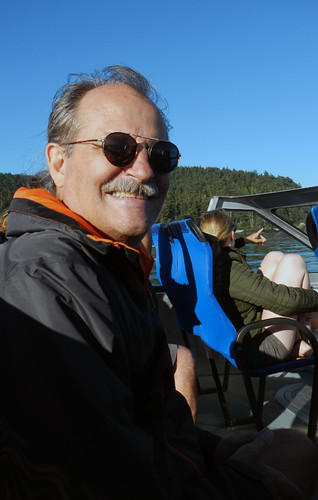 Back under the bridge and home to our motel in Oak Harbour. 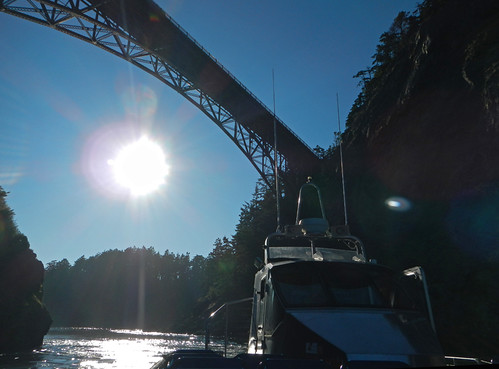 2 responses to “Deception Pass and Whale-Watching in Washington”