The first dish for this World Spices Cooking Class was a vegetarian Burmese salad. Consisting of peanuts, lentils, a mass of ginger and melon, this salad was an unusual combination of flavours unlike anything I’ve ever had before. But I will certainly have it again! 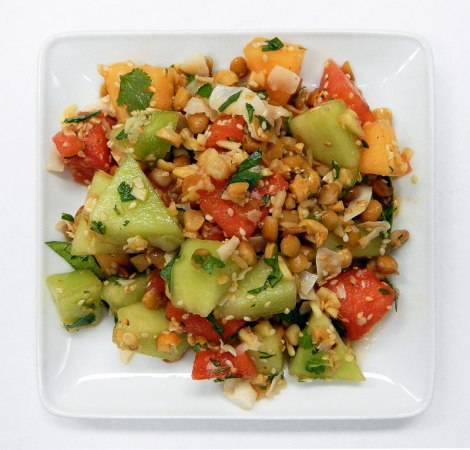