Cau Lao, one of Hoi An’s signature dishes, combines pork and noodles in an unique way. This is a Vietnamese party dish, served up on special occasions such as the Vietnamese New Year. 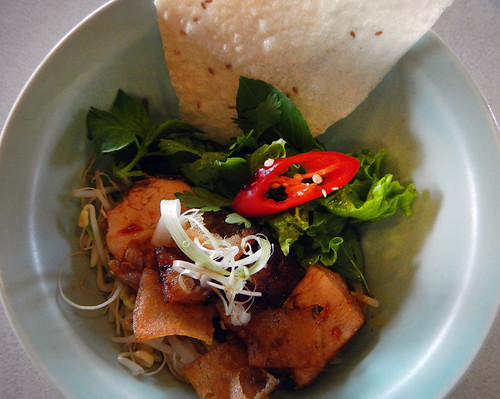 A slab of pork belly is marinated for at least 30 minutes in a Chinese-style marinade consisting of sea salt, brown sugar, 5-spice mix (cinnamon, star anise, cloves, fennel seeds, and Sichuan pepper), mashed garlic, and tons of soy sauce. After 30 to 45 minutes, remove the pork from the marinade.

Place a bruised lemongrass bulb in a pan with hot peanut oil, and fry until the aroma is released. Add the marinated pork to the lemongrass and peanut oil mix and fry gently for at least ten minutes, turning occasionally until both sides are brown. (Be careful not to burn the garlic.)

This package of 5-Spice Mix (here labelled Five-Aroma Powder) was included in our cooking kit. These five spices are a very pungent combo and you don’t need very much! 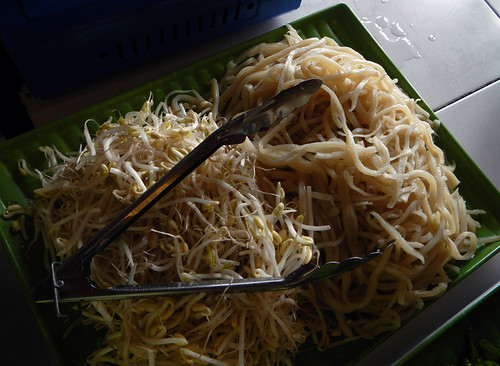 6 responses to “Cau Lao, the Recipe for the Famous Pork & Noodle Dish of Hoi An in Vietnam”