“The Supreme Personality of Godhead [Krishna] has a cheerful, lotus-like countenance with ruddy eyes like the interior of a lotus and a swarthy body like the petals of a blue lotus.” (Source: Bhaktivedanta Vedabase)

Nymphaea caerulea, the blue lotus, is a type of waterlily with a particularly intense purple-tinged blue. 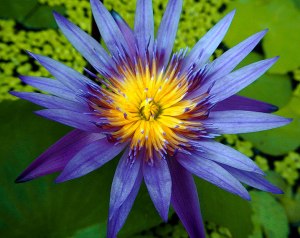 Bundi is often known as the blue city as most of the buildings are painted in the blue of Krishna and the blue lotus. 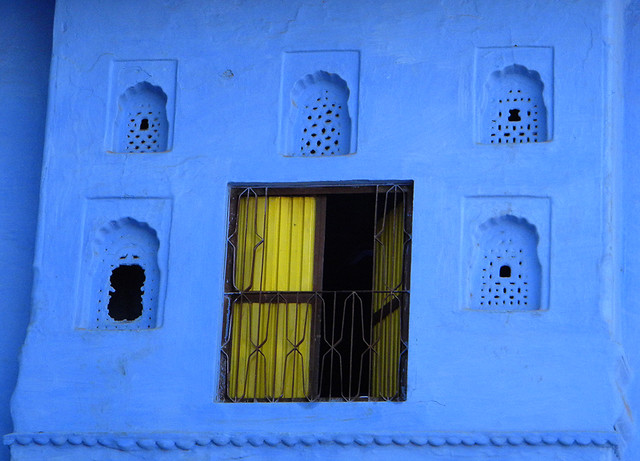 Turquoise, another form of blue, is often used to accent this intense blue. 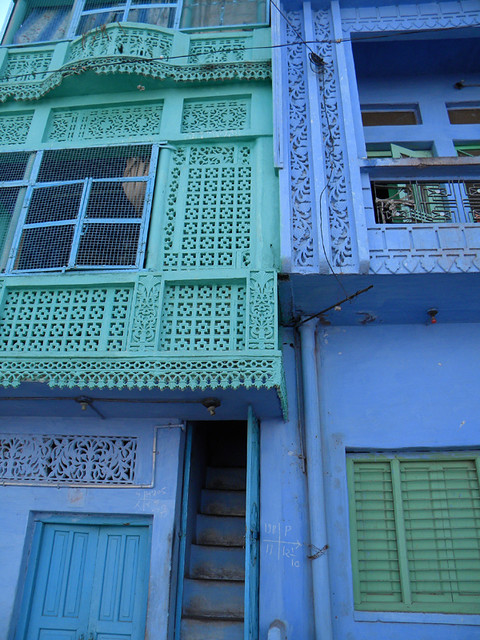 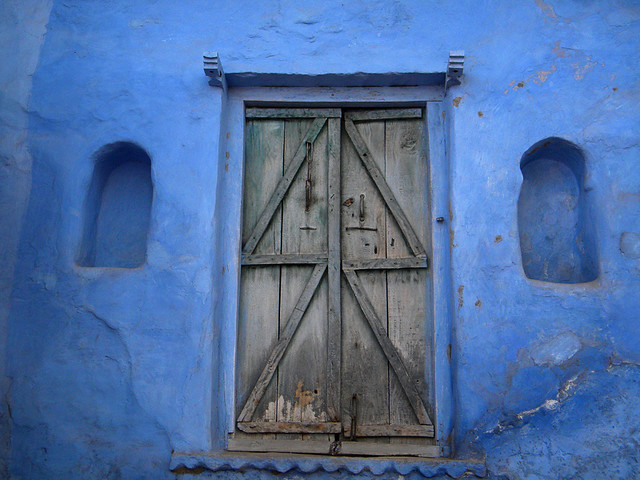 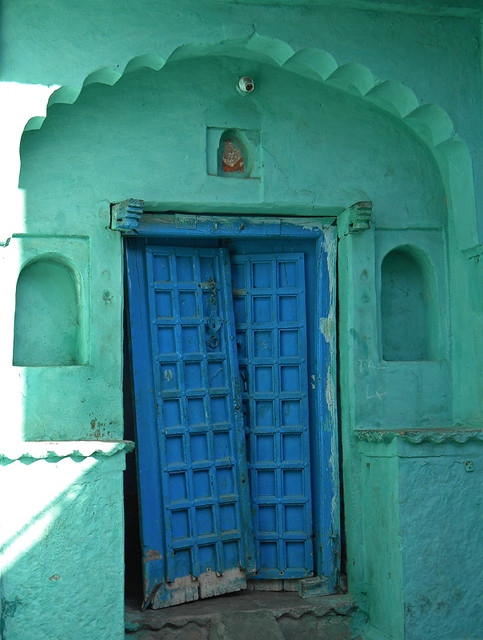 A sacred cow strolls by a ‘Hindu’ blue building. 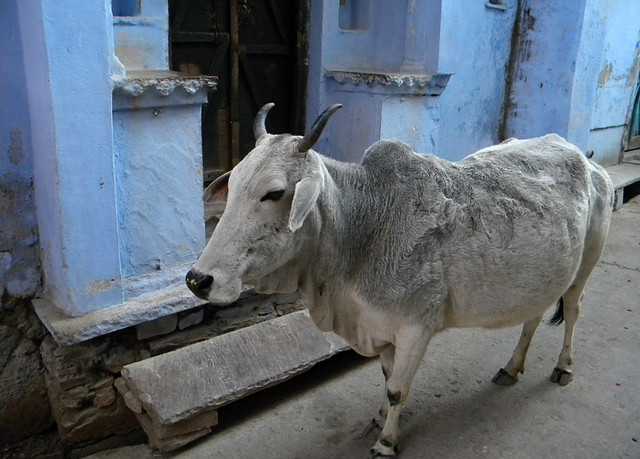 The people themselves seem to prefer wearing reds and yellows. 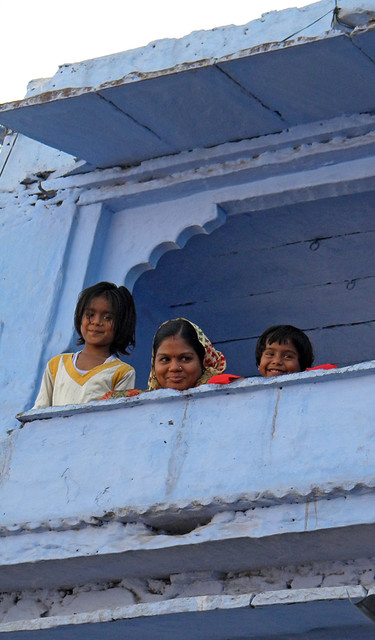 For more on our trip to India in February and March of 2010.