This was from Dave, the brewmaster of a brewery in Vermont, and we met him in Yakima Washington. But more about that later.

I actually wrote this post several years ago but held off publishing until I got back down to the States to retest some of my favourite beers. Back then, at least in my humble opinion, ALL the best beers on the West Coast were India Pale Ales (IPAs), especially the ‘fruity’ ones that spoke volumes about the West Coast hops.

Since then there has been an explosion of craft beers and a lot of new brews coming on the market. So this post is a bit of THEN and NOW.

Named the ‘Top Canadian Craft Beer’ in 2010, its early start in BC’s Craft Beer market and surging popularity mean that almost any pub in and around Vancouver or Victoria will have it available either on draft or in a bottle. It’s fruity, flavourful and always, always good. A very small brewery with a very big beer on their hands. 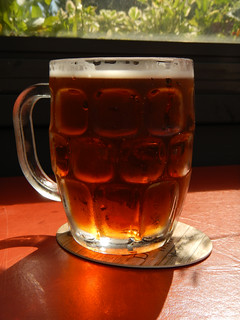 It was love at first taste for this IPA but it has been notoriously difficult to find.

I first had Bridgeport IPA at Henry’s in Portland in 2009, and for me it was a revelation on how great a beer could be. Before that time I was a confirmed wine drinker and Bridgeport opened up a whole new world. Bridgeport Beer doesn’t seem to be available anywhere in Vancouver so I had to go back to Portland and see how well Bridgeport stands up against the new brews.

Now, with the craft beer explosion in the west, it will be interesting to see how well my initial choices held up.

Since I live in Vancouver I’m a bit more up on BC’s brewing scene than further south.

I still love Fat Tug, and it’s still the standard that I measure all other beers against. However, the taste seems to have changed slightly over the years so when I got a chance I asked their rep about it.

She assured me that the recipe hasn’t changed; they still use five different hops. The two hops that add that burst of tropical fruitiness are the Centennial and the Simcoe hops, and they are still using them in exactly the same amounts.

What has changed is that these hops are now in high demand so they have to source them from different places. Consequently, what they call ‘terroir’ in wines, enters into the equation. ‘Terroir’ translates best as ‘terrain’ and includes sun, rain, moisture, soil composition and anything else that can affect the flavor of the resulting hops. So Fat Tug is still perfect but missing a little bit of the fruitiness it once had.

The latest offering from Driftwood is the Twenty Pounder Double IPA. As Al notes, “They’re improving on perfection.” 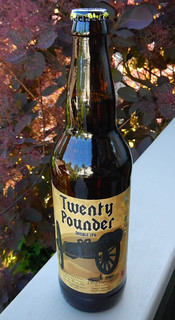 Lighthouse Brewing, another brewery from Victoria, has come up with Shipwreck IPA. This is almost as good as Fat Tug, and is available in all the liquor stores. Their limited release Numbskull Double IPA is amazing but harder to find.

Central City is another brewery that has been coming up with winners. If you can find their ESB (Extra Special Bitter) on tap go for it – it’s not quite as good in the bottle. Special mention should be made of their ISA (India Session Ale). It has all the flavour of an IPA with only 4% alcohol – to my mind a perfect light beer.

My choice for the best place for serious beer drinkers in Vancouver would be the Alibi Room. (157 Alexander St, Vancouver, BC V6A 1B8)

I probably still love Elysian Spacedust IPA from Seattle but haven’t been able to find it anywhere. On this latest trip down to the States I found out that the Spacedust is a seasonal beer and is only available for a few months a year.

On the other hand, when we stopped in the Barrel House in Yakima we got to try two IPAs from the local breweries. That’s where we met Dave, the brewmaster who called us ‘beer geeks.’ He was in Yakima to buy hops and do a little tasting of his own.

In the Barrel House I discovered my new favourite Washington beer, the Bale Breaker Top Cutter IPA. It has a great bouquet and brewmaster Dave told me it was the Citra hops I was loving. According to the owner of the Barrel House, Yakima is one of the best places to buy hops on the West Coast and there are lots of hop buyers coming into town.

Five years later and I finally got to taste another Bridgeport IPA. While it was a richly flavoured IPA, it just didn’t stand up to the newer IPAs out there.

And I also tried some new and interesting beers that had me rethinking my love affair with IPAs.

Ten Barrel Brewing Company Sinistør Black Ale (Bend). I had one of these in a taster at Pirate’s Cove Pub in Ocean Shores Washington. Since I usually like bitter beer this was a real switch for me. It was so good I ordered a full pint of it. 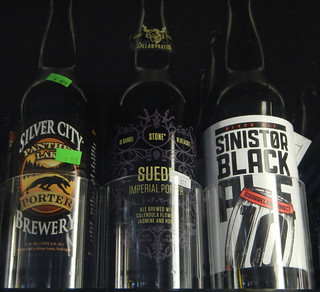 Mango Daze by Silver Moon Brewing (Bend). I had this in Bailey’s Taproom in Portland, an unassuming little bar with an eclectic selection of beers on tap. It was described as an ‘India Session Ale with Citra and El Dorado Hops’. I found it pleasantly mangoish, light and refreshing, and liked it more and more, the more I drank! It’s listed as a ‘fruit beer’ and I think it has some mango juice in it.

News Flash! So far I haven’t found any ‘American’ beers that truly taste like Belgian beers. But Green Flash has been collaborating with St Feuillien Brewery from Belgium, and the resulting Bière De L’Amitié which is every bit as good as the Belgian beers in Belgium.

Speaking of Belgium, we met another beer geek in a bar in Brussels, and he recommended that we try Pliny the Elder by Russian River. Bailey’s Taproom in Portland just happened to have this elixir on tap. Quotes from the lads, “beyond very tasty” and “lives up to its reputation”.

3 responses to “Best Craft Beers on the West Coast”