Loi Krathong is a festival of floating lanterns set adrift on the rivers of Thailand. Last November I was in Bangkok and watched them make up variations of these lanterns.

Lantern bases are traditionally made from slices of the trunk of the banana palm. The banana trunk cores float well plus they have the advantage of being organic, therefore so much better for the river than the styrofoam bases which were popular for a while.

Banana leaves are decoratively folded in the shape of a lotus flower around the banana stem core. 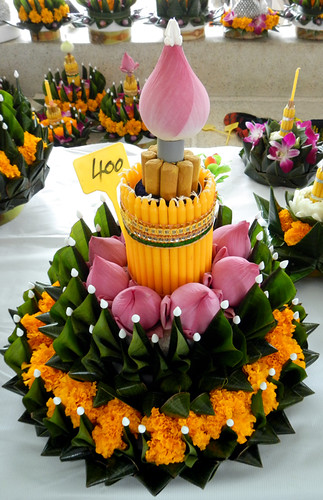 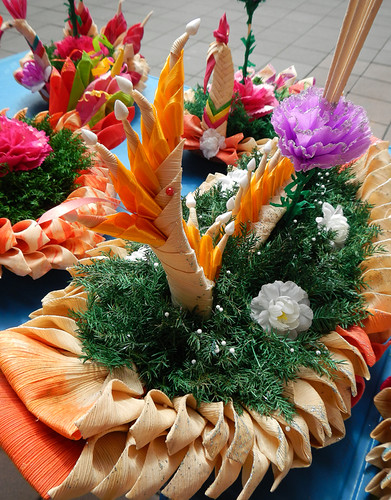 Another traditional organic floating lantern are these rather lumpy bread ‘lotuses’. The bread has the advantage of being soon gobbled by the huge fish that inhabit the river. 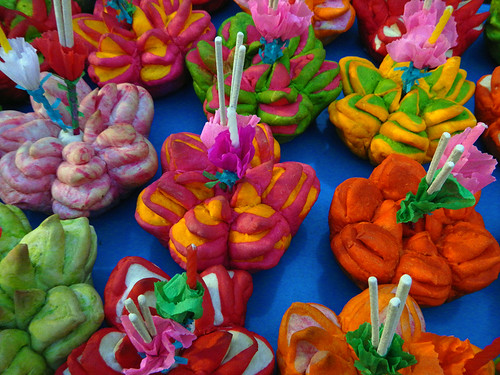 Sadly, most of the floating lanterns were swamped by passing boats.

We got stuck out in our ferry on the water, but that was probably the best place to watch the festival. 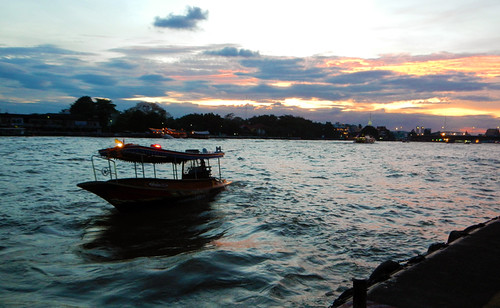 We witnessed the launch of a small floating lantern from our ferry.

Illuminated boats floated by, and being out on the river we had a fabulous view. 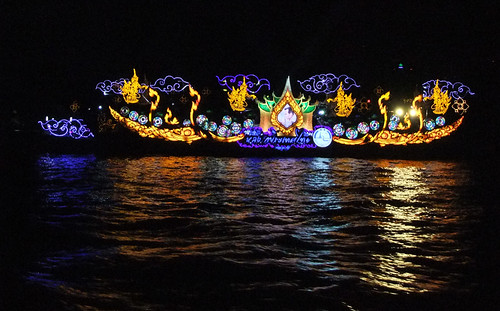 Some recipes from a Loi Krathong Festival in Vancouver : https://albatz.wordpress.com/2012/11/29/pad-thai-and-penang-kai-recipes/