The Esplanade – Theatres on the Bay concert hall/theatre on Singapore Harbour is known locally as ‘The Durians’ because of the spiky angular surface, reminiscent of one of Asia’s favourite fruits.

‘The Durians’, Singapore’s concert hall and theatre. From a distance the shape is rounded just like the fruit.

But up close it is full of spiky angles, also just like the fruit. 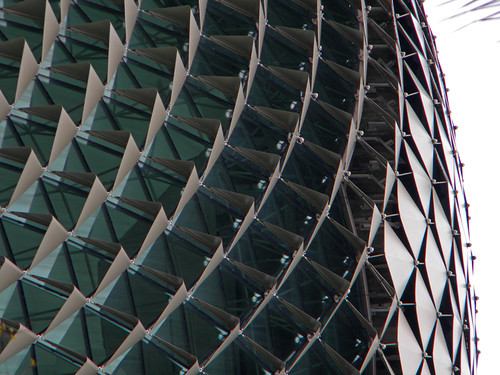 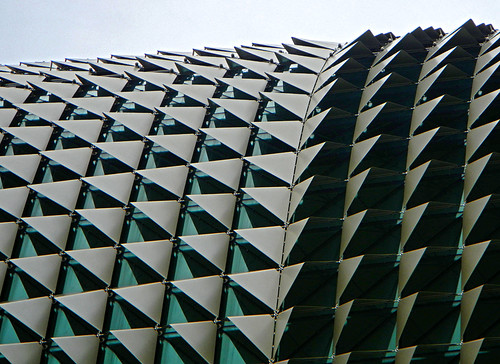 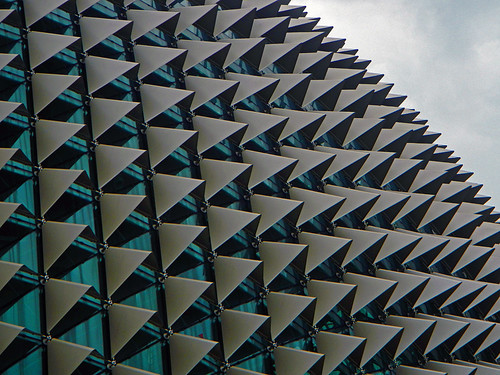 The ‘Durians’ Theatres on the Bay is just one of the many interesting architectural features on Singapore’s Harbour. And inside is just as delicious as outside – when we were in Singapore in November 2011 they featured a festival celebrating the culture of India in music, dance and art .