After spending the previous day dragging Al through Bangkok’s malls in a failed search for the city’s art scene, it was time for more research.

This search resulted in web site called theculturetrip*. It was not only fantastic for checking out the culture (including food) of Bangkok, it had articles from around the world.

There were lots of descriptions of cool galleries and links to their respective web sites. But no overall map of where all the galleries were located, which was a bit frustrating. However I did find one called BACC (Bangkok Art & Culture Centre). It appeared to contain multiple galleries and turned out to be right next door to the Siam Discovery Mall. If only we had gone one block further…

However, when we first walked in Al exclaimed, “It’s another bloody mall!” 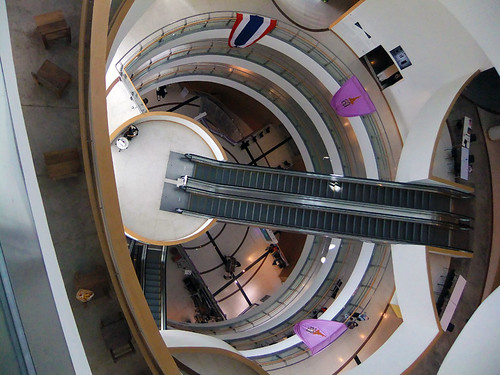 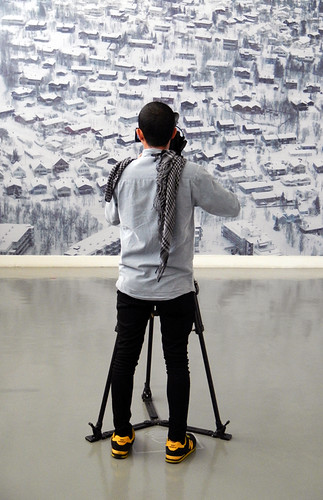 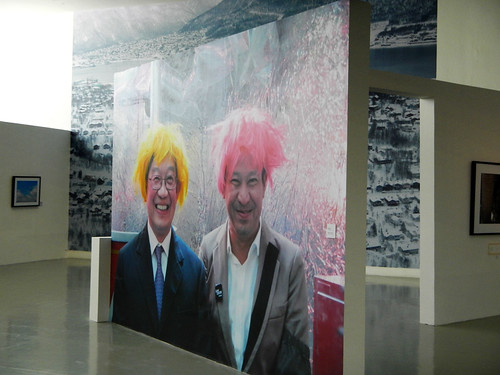 On Fridays and Saturdays BACC has all sorts of events, musical and otherwise. They also have free screenings of Asian small films. Cool, eh? And there are all sorts of artsy places to eat (below a Japanese café). 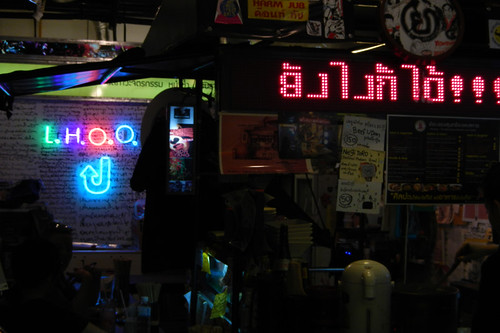 The touristy ‘shops’ have genuinely unique arts and crafts from Thailand, like this great t-shirt! Plus spaces for artists to work on various projects. 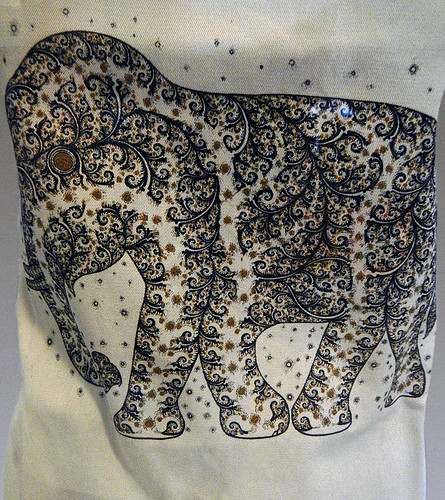 Here’s a post from a couple that were as thrilled with BACC as I was :
http://www.angloitalianfollowus.com/2013/05/hof-eat-art-bangkok/

Best of all they had a map/brochure of Bangkok’s art scene, and from it I was able to discover where most of the galleries were. It changes monthly so the cover will look different but when we were there it looked like this:

*The Culture Trip is a web magazine with the articles changing on a regular basis, and the link to Bangkok’s art scene no longer works. But as noted, it is great for checking out art, film, food, music, architecture and writing from around the world:  http://theculturetrip.com