We began our sight-seeing day around Mandalay by having the taxi drop us off at the Royal Palace.

Although the Royal Palace was a beautiful example of Burmese architecture, it somehow seemed barren to me, empty of any life that might have been there. 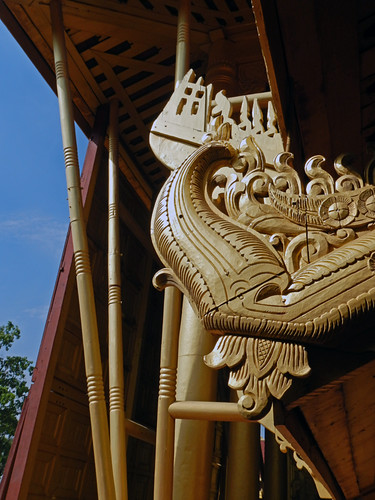 Later, while reading the historical novel The Glass Palace, I learned that the palace had been looted by both the locals and the British when the king and his court were forcibly exiled in 1885.

In the 2nd World War it was used as a supply depot by the Japanese and in retaliation the allies bombed it to pieces. Nothing was left of the original so what we were seeing was a reconstruction built in the early 1990s from the original plans.

The soaring roof lines of the reconstruction compensated somewhat for the lack of historical workmanship. Imagine this building sheathed in gleaming gold instead of just gold paint… 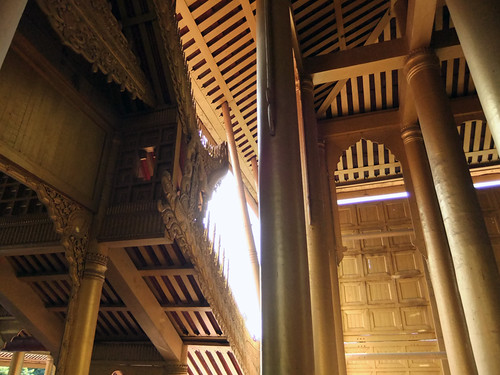 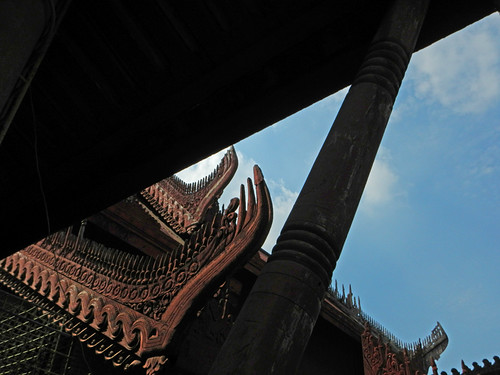 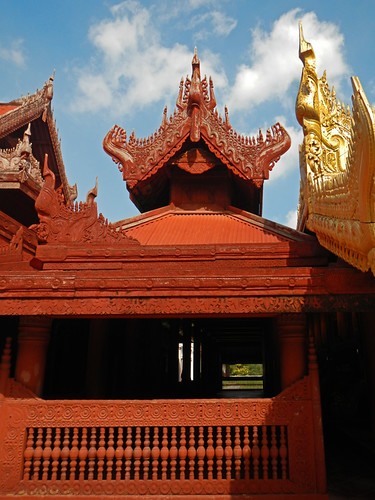 The pillars in this outdoor pavilion have been decorated with stencils and gold spray paint.

Close-up of the stencil and spray paint decoration on the pillars.

The stencil decoration above is supposed to mimic the workmanship of this original painted gilt frieze on a temple, one that was still standing after the various wars.

The small museum tucked into one of the buildings gave historical context to the palace, and showed some of the items from the original palace that had not been stolen or destroyed. 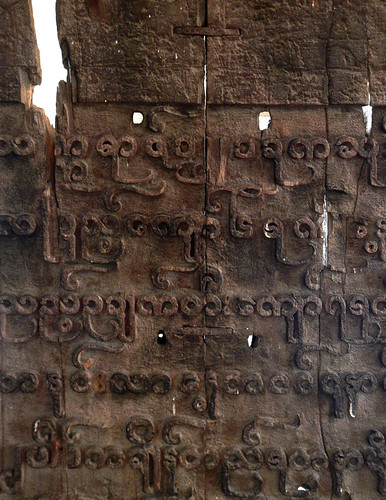 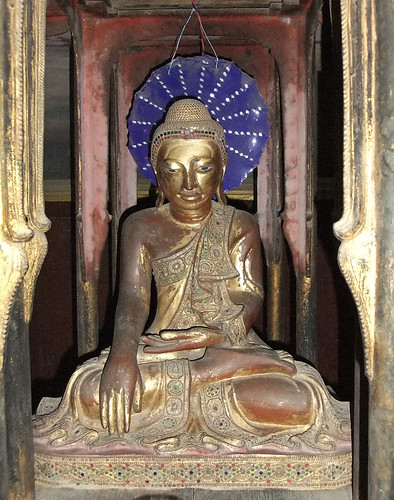 Climbing the spiral tower was well worth it for its overview of the entire Palace Complex. 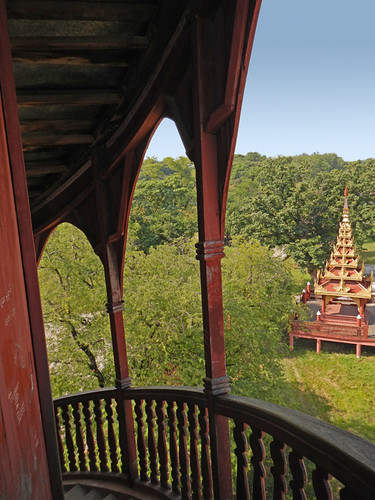 We weren’t allowed into the lush grounds that surrounded the palace as it was a restricted military zone. For some scale of the palace grounds, the wall surrounding it runs about two kilometres per side, and the road out about a kilometre long. 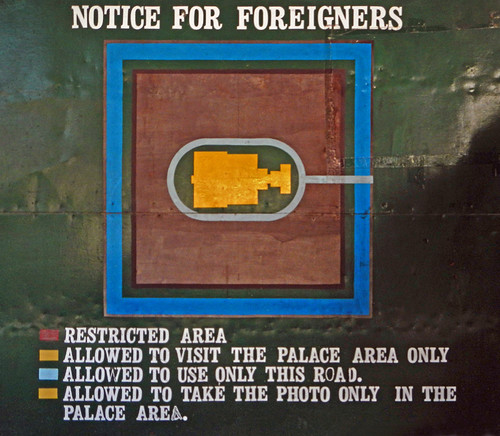 With the sweltering heat and dust, that kilometre of dusty road put a damper on us attempting to walk to the next attraction. Al suggested we catch a couple of motorcycle taxis whose drivers were frantically waving at us.

What a relief! As we cruised breezily past the palace grounds, all my negative thoughts about Myanmar were blown away…

http://www.timetravelturtle.com/2013/02/royal-palace-mandalay-myanmar/ gives a more detailed photo-essay on the history of the palace.

4 responses to “The Royal Palace in Mandalay”