Inle lake was full of channels made up of grasses and floating farms, and cruising down them we often felt like we were in the movie Apocalypse Now.

A tiger never jumped out at us (damn) but at times the channels opened up and we found ourselves in garden of waterlilies at the foot of a small village.

Mr. Win handed me one of the waterlilies…

When we needed to gas up we came to a small store where the gas was pumped by hand. 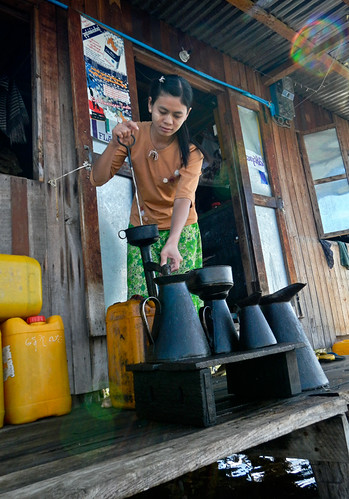 A bit further along the lake we again stopped to talk with a family and have more tea, and surprise, popcorn! 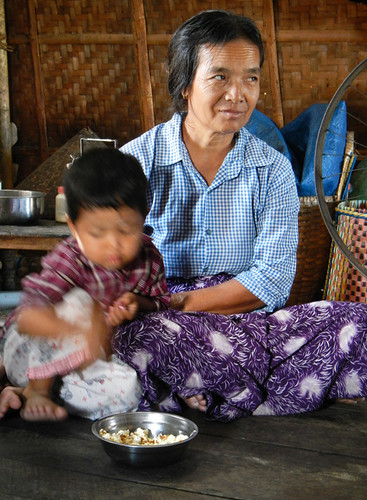 The father was asking where we were from, and Mr Win translated his request.

“Vancouver,” I said and then at the man’s blank look I added “Canada.” Another blank look.

Al chimed in, “Next to United States.” Still no response.

Mr. Win explained, “He doesn’t know where that is, he has no education.”

That they all seemed to understand. 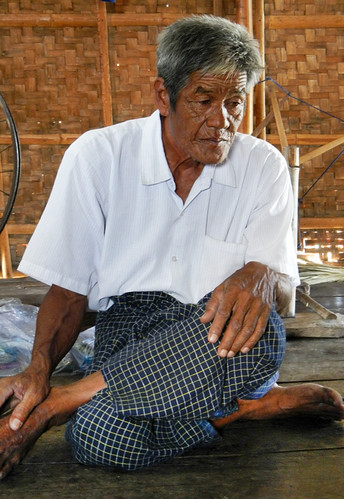 His village specialized in dyeing cloth with indigo blue. 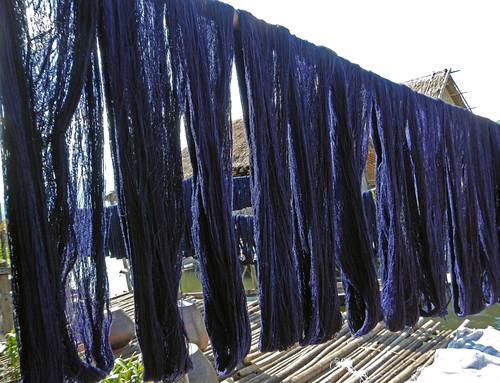 The next village over specialized in dyeing cloth other colours. 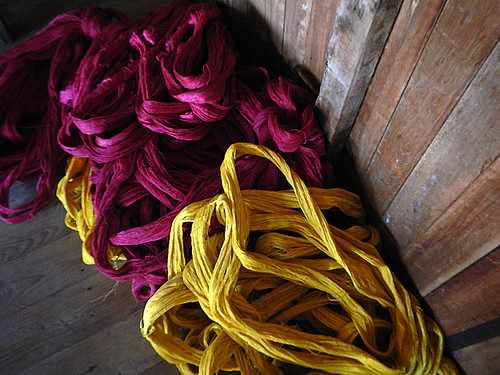 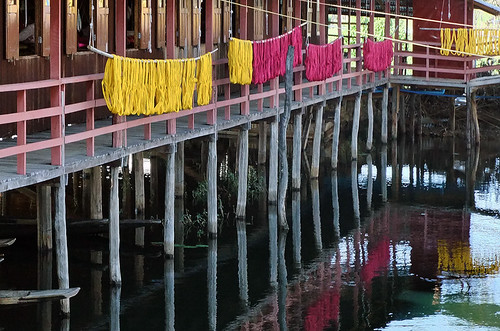 These threads were combed out and knotted so that when they were dyed again they would produce an ikat pattern in the weave. 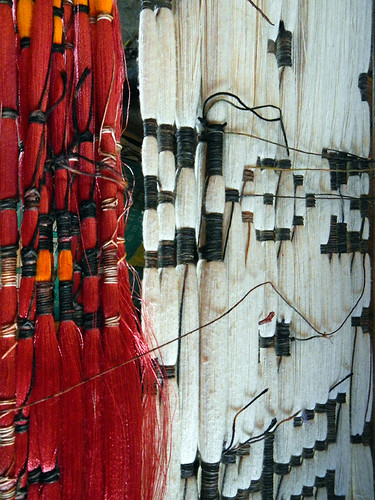 From here we went to the weaving village, where I managed to get a small photo of what the ikat dyeing produces when woven into cloth.

3 responses to “A Waterlily, Gasoline, Indigo and Tea with Popcorn”