Bikes were REALLY cheap to rent at Inle Lake, only a dollar a day at Mr. A. Tun’s. And a small map of the 26 km route was included in the price…

The shortage of vehicles in Myanmar was a problem for the locals, but on the plus side, there was very little traffic. The Burmese did tend to follow the standard free-for-all traffic rules of other Asian countries, but unlike these countries everyone drove very slowly, as if their vehicle was a very precious thing.

For me this translated into no panic attacks attempting to cross the street. And it was the one (and probably only) Asian country where I was happy about going for a bike ride.

Our bike trip started along a bucolic country road. 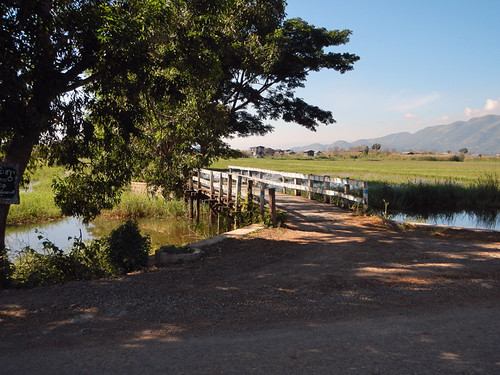 Gasoline was sold in whiskey bottles at small stands along the route. 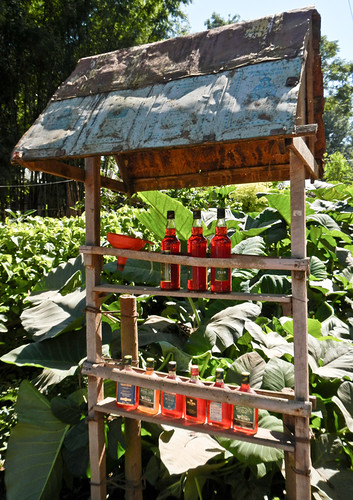 Which way to the hot springs? 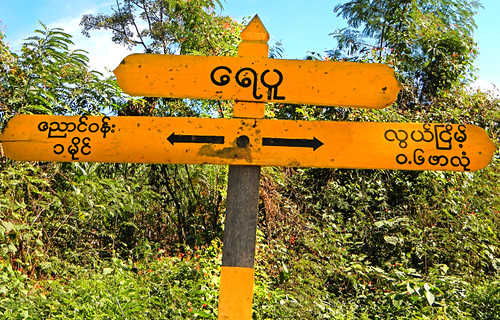 Mr. A. Tun’s map (free with our $1 bike rentals) with handwritten translations of sites in Burmese really helped us figure out the directional signs!

Near the expensive hot springs ($10/person), we found a set of stairs half hidden in the jungle of vegetation. As we made our way up, they appeared to be endless and we had no idea what was at the top. Small benches, overgrown with plants, were useless for catching your breath. 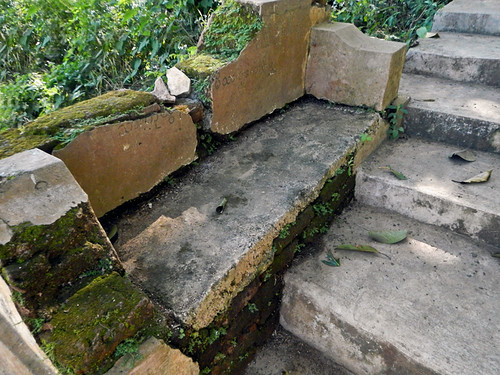 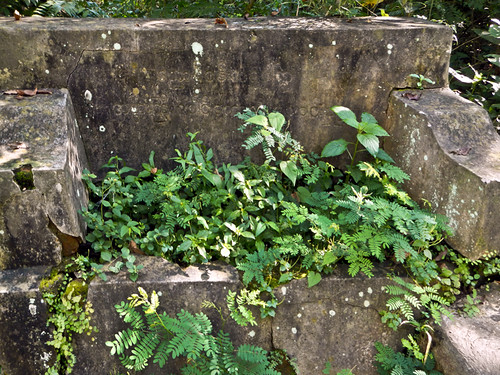 When we eventually arrived at the top we found a golden stupa and a host who offered us tea and some kind of unknown fruit – lumpy with a white custardy interior, sweet with a hint of sour and delicious. 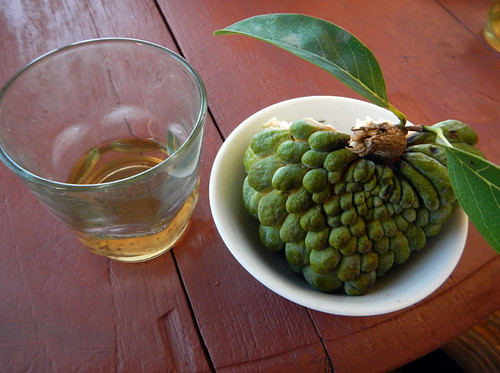 Back down and slightly further along we saw a sign in English leading to an ‘Ancient Temple’. The temple wasn’t all that ancient, but had some interesting details. 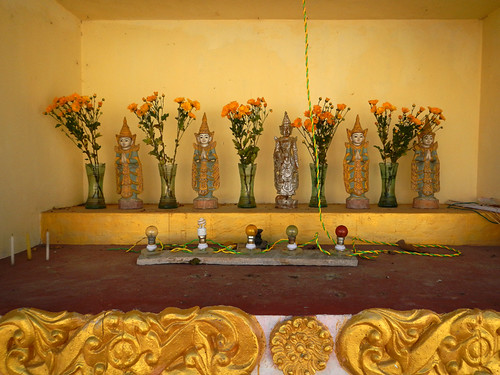 The best part was four puppies that started following Al everywhere he went. As he strolled past ‘mom’ the puppies were distracted. But when they excitedly ran over to her she almost bit their heads off. After that they all decided that Al was preferable, and went back to following him. 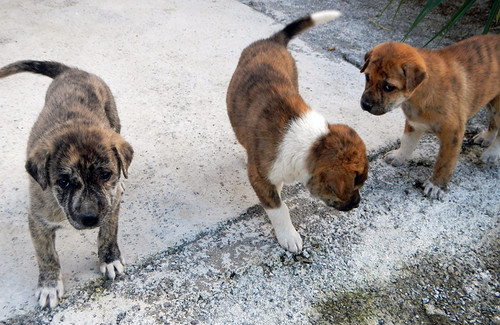 Along the road we found a village and wandered around exploring it. 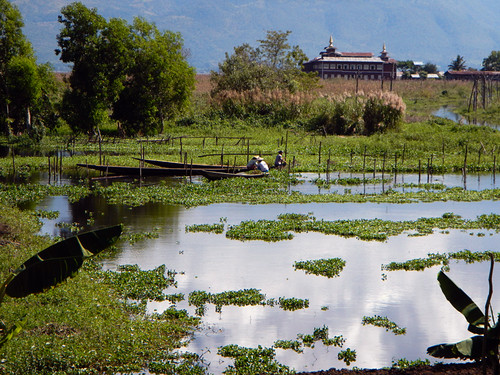 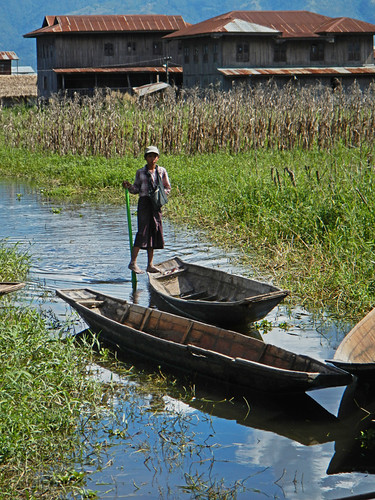 I’m rather fond of this heavy-duty truck with a vase on either side to carry a few bouquets of daisies. 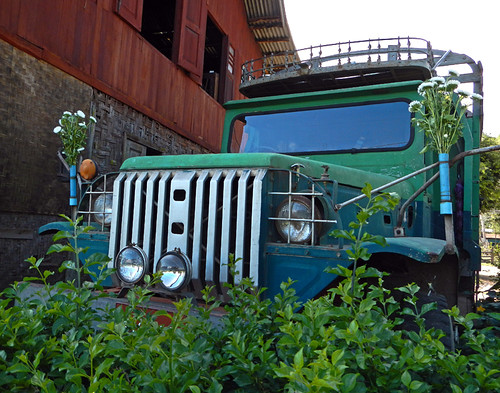 After a stop for some soda water we were off to catch the ferry for the second half of our trip. 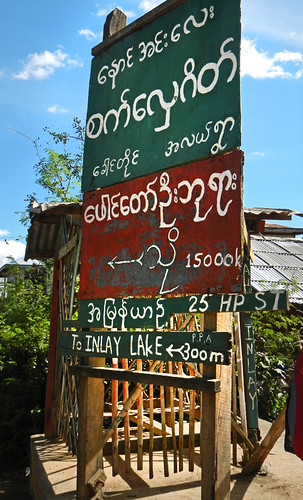 6 responses to “Bicycling Around Inle Lake in Myanmar (Part 1)”