These images are all from Khai Dinh Royal Tomb in Hue, Vietnam. Built around 1920, the interior rooms are full of intricate detailing. 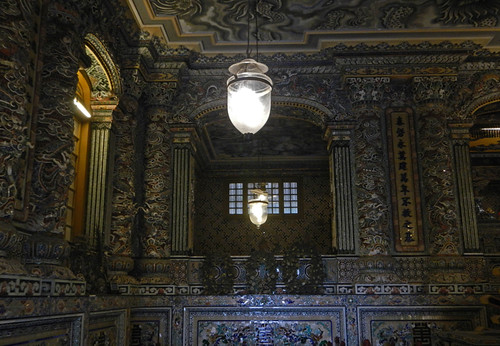 The tomb itself was decoration overload, the entire surface covered with intricate tile mosaics.

The painted dragon ceiling with one of many lanterns in the Khai Dinh tomb. 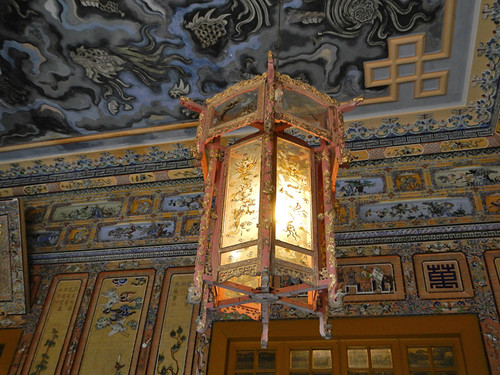 A bronze statue of the king of Vietnam, Khai Dinh.

Detail of the king’s coat on the statue above. 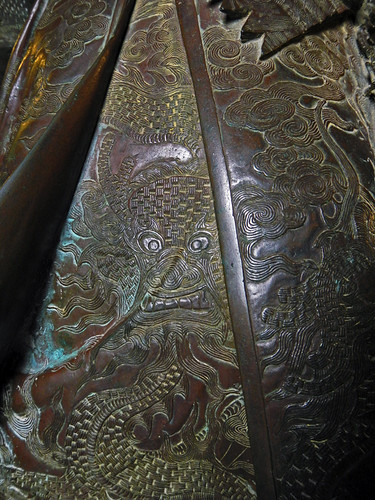 More of A Word A Week Photograph Challenge – Intricate

8 responses to “Intricate Detailing in the Khai Dinh Tomb”