When we arrived in Bagan Airport they immediately hit us up for $15 each to enter the archeology zone.

I had heard that it was steamy hot in Bagan and wanted a place with a pool, and the result was ultimately our most expensive hotel in Myanmar, the Kimadura at $78/night. (But just look at that pool!) 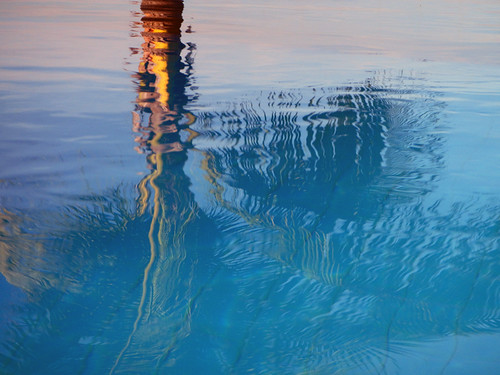 Our room was pretty fancy with a separate lounge area, a telephone next to the toilet(!?), 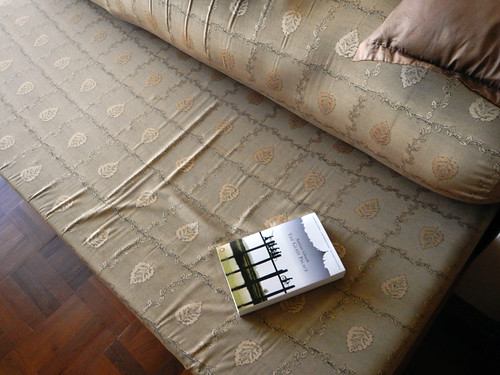 with the entire complex was surrounded by magnificent ruins… 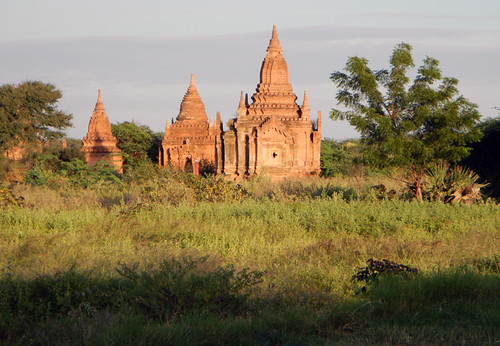 Another thing we had picked up from fellow tourists was that the distances between major sites were huge, and that, combined with the heat, made electric bikes the best option.

At the hotel reception we we handed a map and headed off to locate the ebike rental place, along with a place for dinner.

The ebike rental turned out to be very reasonable, and after we got that sorted we wandered down the main street with several little girls following us along the way, trying to get us to buy their hand-drawn postcards.

They didn’t want money for their postcards but ‘perfume’, ‘lipstick’, ‘mascara’, a ‘stylo’. They were only about six or seven so I suspected they wanted these items for their mothers.

A woman came up to me holding some loose pants. I was semi-interested, thinking that the pants were ugly, but since I was already overheating they might be cooler than than my convertible pants. However, once I found out that the price was $15 I was no longer interested. But the woman kept on and on, trying to get me to bargain, give her my name, etc.

I finally got rid of her but two minutes later she reappeared beside me on a motorbike and waving the pants, now down to $5.

We tried keep track of where we were via landmarks. The bike rental was the first landmark, and then there was this dog, sleeping almost in the middle of the road. We laughingly called him a route marker but on the way back he was still there, still marking the route and finding our way home! 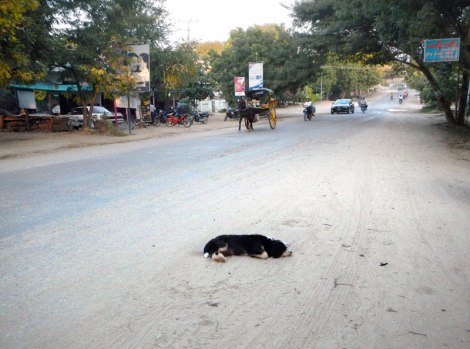 Al spotted this covered outdoor restaurant/bar where the locals were watching hockey on a big screen TV! He was pretty excited but it turned out to be an old videotape of ‘The Mighty Ducks.’

One response to “Arriving in Bagan, City of Temples”