First thing in the morning we grabbed our annotated map, picked up was our ebikes and we were off to explore the temples of Bagan, all 2000 plus of them!

The ebikes were a lot more difficult to ride than I expected – especially the stopping. And the starting. And the staying upright. At times the road degenerated into deep sand making everything even more problematic…

After only a few blocks I was already ready to get off the ebike, if only I could figure out how to stop the damned thing.

Thus I skidded to our first stop, ‘Temple No. 801’, not one of the better-known temples.

Despite its less than illustrious name it was interesting and peaceful. The only person there was an artist who also acted as a caretaker. He told me his paintings were copies of murals on various temple walls, and that he was licensed to sell his work there once a week. I really liked this multi-headed, multi-tailed elephant made up of people and elephants so I bought it for $10.

Around a corner of the temple we found another tourist, a woman travelling alone and soaking up the heat and the atmosphere of this quiet place.

The next two temples along our route were built in the 12th century by Queen Sein Nyet and her sister. Considering that neither of these temples had been highlighted on our map they were still quite wonderful to wander around in and completely empty of other tourists! 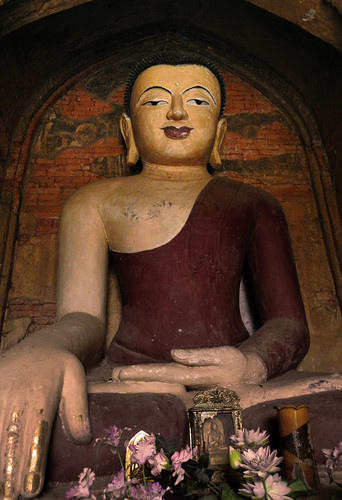 The murals on the wall. 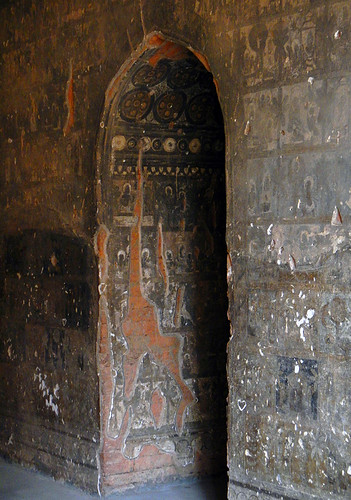 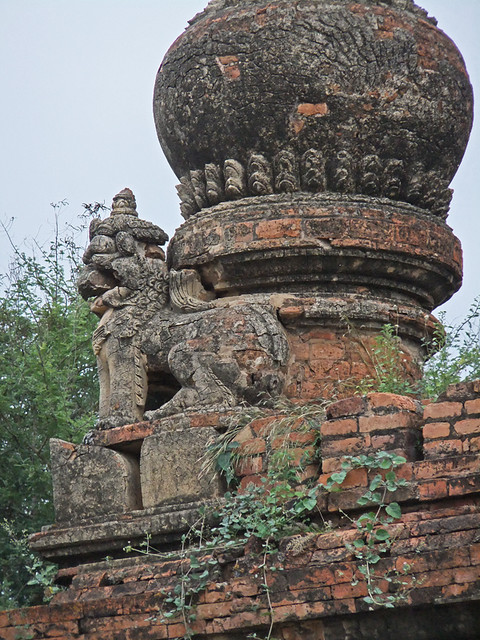 The view of the stupa through an archway. 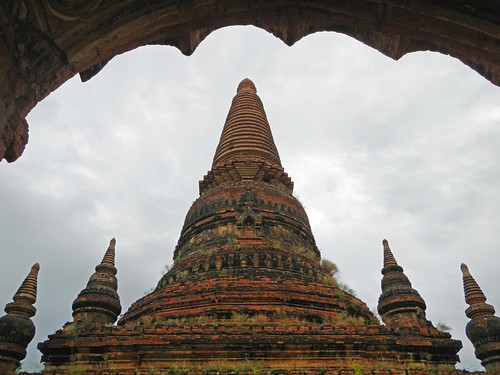 Details on the stupa. 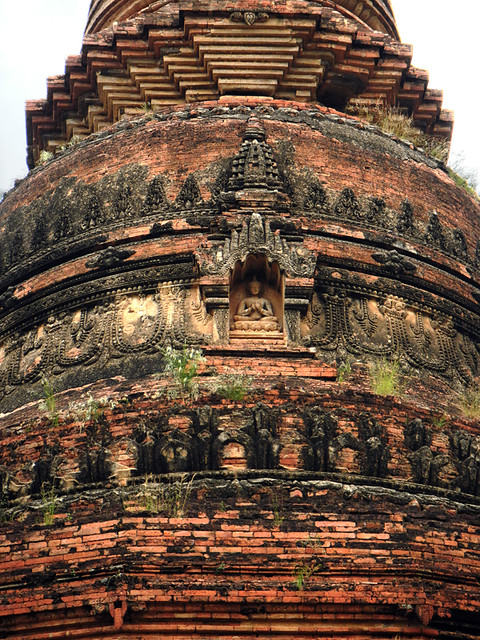