Our first day exploring the many temples of Bagan culminated at the Ananda Pahto.

The Ananda Pahto, or Phaya, is one of the earliest of Bagan’s great temples, built in Mon architectural style of 1100. The temple complex was heavily damaged in the 1975 earthquake but was restored in 1990, with its crown and umbrella gilded, to celebrate its 900th anniversary.

The gilded crown and umbrella of the temples primary stupa. 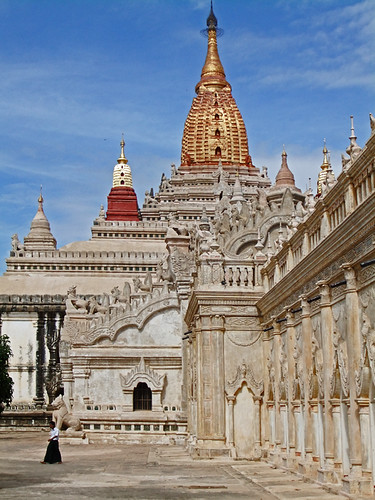 A stone lion watches over the temple. 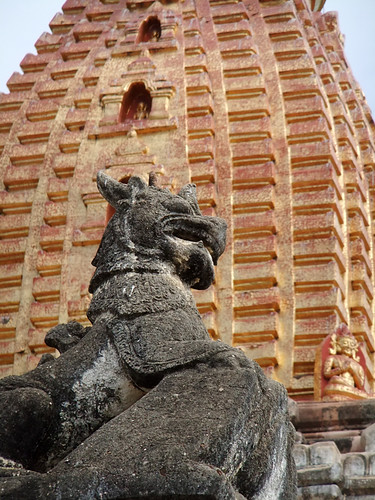 Detail of the costume worn by a statue guarding the front entrance. 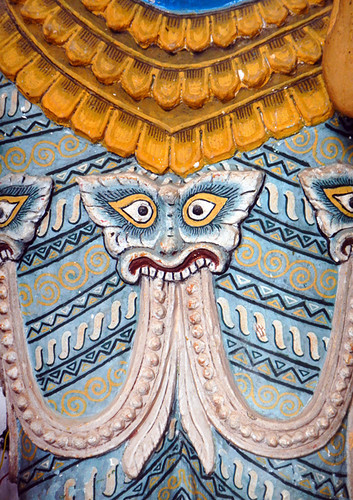 This was the largest temple we had visited that day, and it had the most modern security. 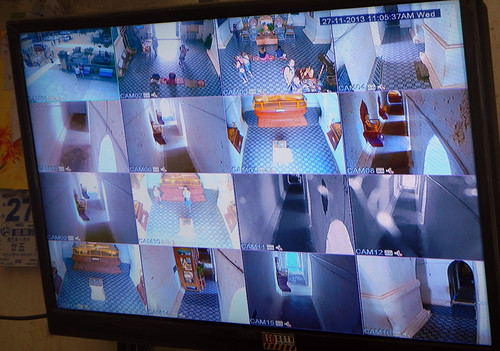 The primary temple was distinguished by towering golden Buddhas around every corner. 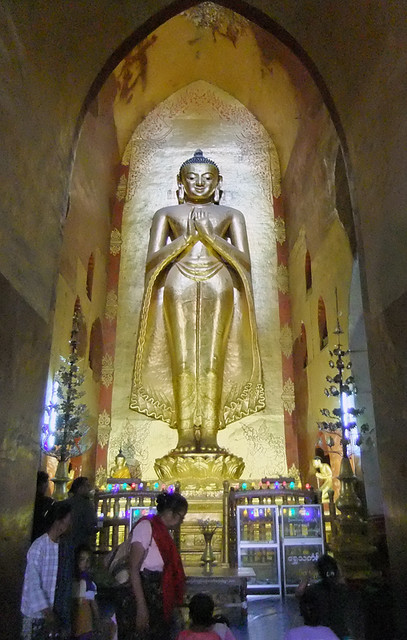 Careful restoration work was still being carried on. 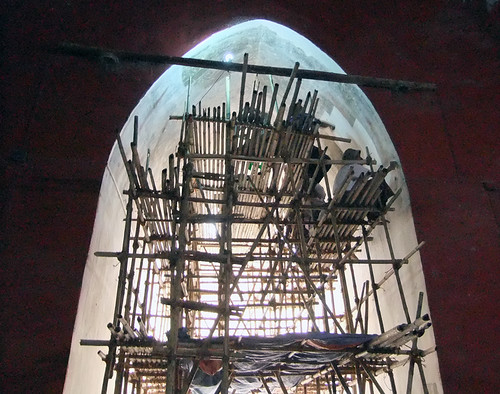 Artists working on restoration of the temple walls. 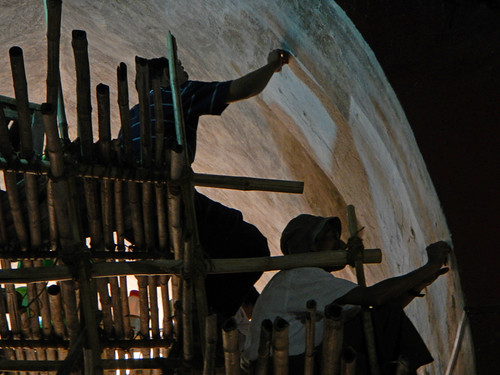 Details of one of the many older murals. 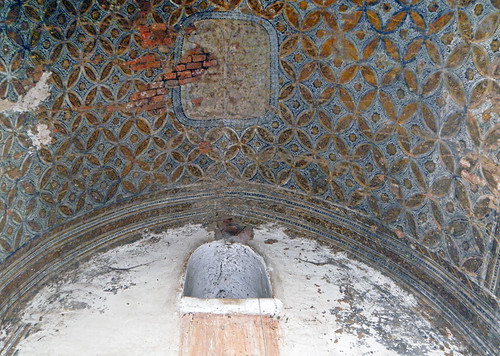 An artist working on a smaller artworks for sale to tourists. Each artist receives a license to show their work one day a week at a temple. I’m not sure if they pay for the license or not, or are chosen based on reputation, as the first temple we visited earlier that day was almost empty and this one was packed. 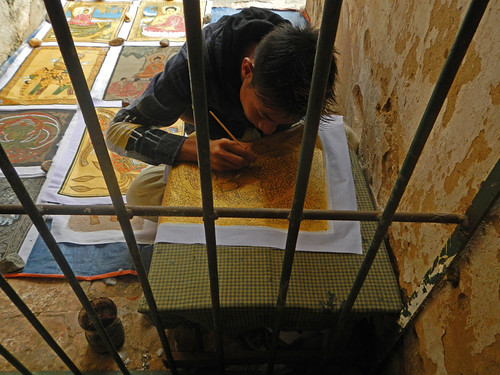 A screen over one of the windows protects the ancient murals from sun damage. 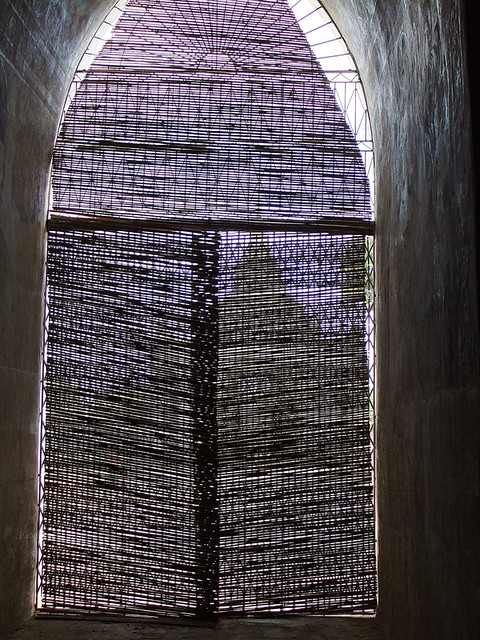 Around the side is another temple where we met this old character who acted as an unofficial guide, and pointed out the best spots to take photos. 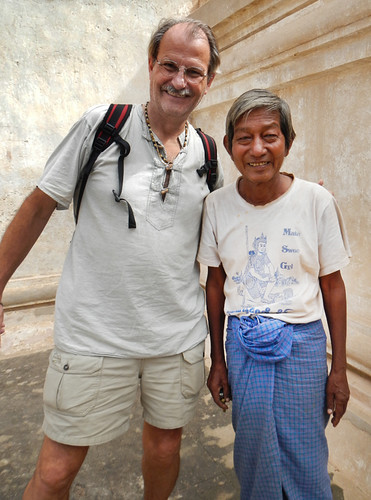 He pointed out that we would get an excellent shot of the temple with this lion bell in front. 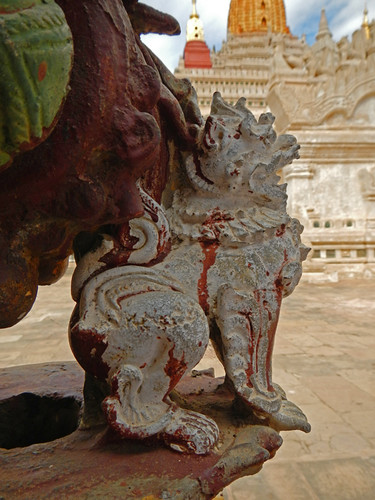 He showed us the ‘Tu Dong’ lion guardian who guards both sides of the temple. 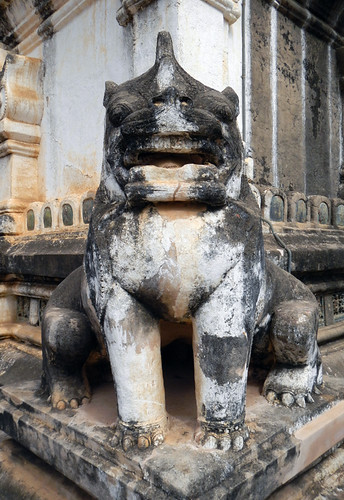 Another photo op as pointed out by our guide. 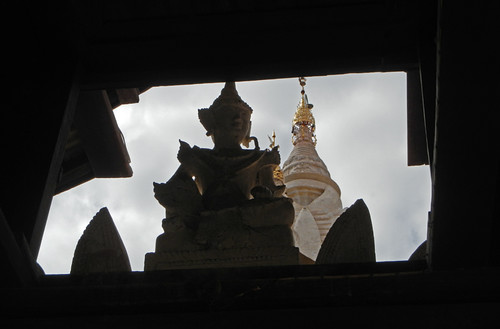 I was intrigued by the bamboo scaffolding. (Our guide couldn’t figure out why I would want a photo of it!) 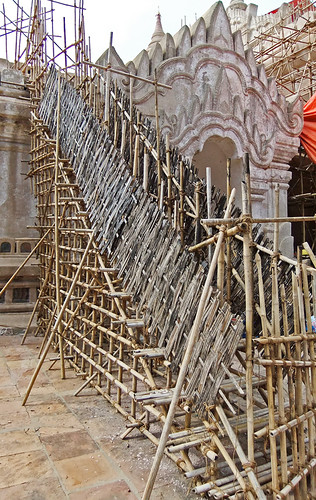 One of the side temples containing gilded stupas. 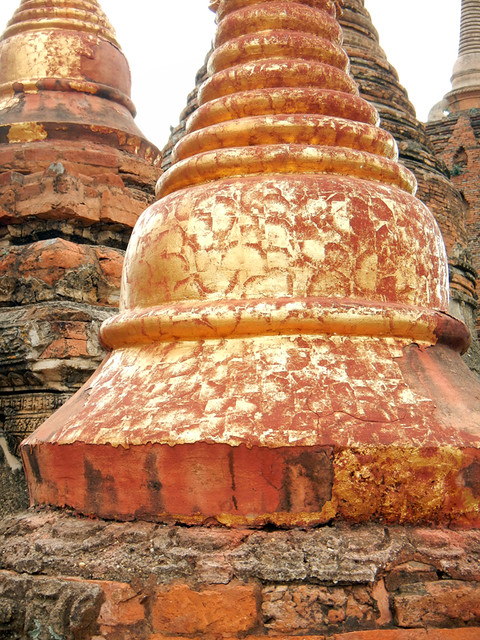 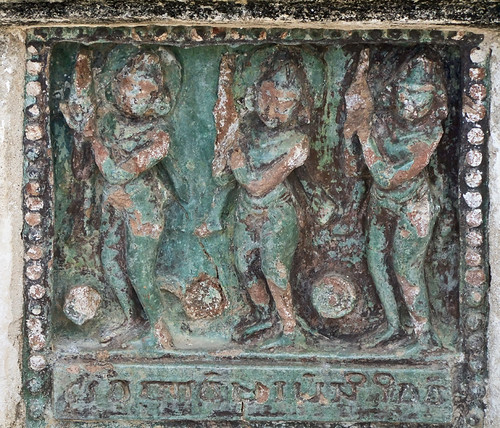 I’m not sure what these demonic characters are up to – they could be about to beat cobras on the heads, or playing snake-shaped drums, or paddling boats for all I know… 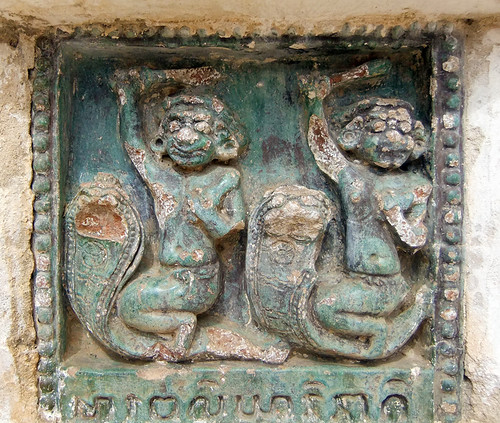