It started spitting rain as soon as we arrived in Amsterdam and my first thought was to get out my umbrella that I had cleverly slipped into my pack as soon as I got off the plane.

But even though the weather was getting worse, no one else bothered with an umbrella and I found out why when I opened up mine and it immediately blew inside out.

I should have known that Holland is windy by the fact that the windmill is one of the country’s prime symbols.

A windmill on a plate done in the traditional blue and white colours of Delftware. 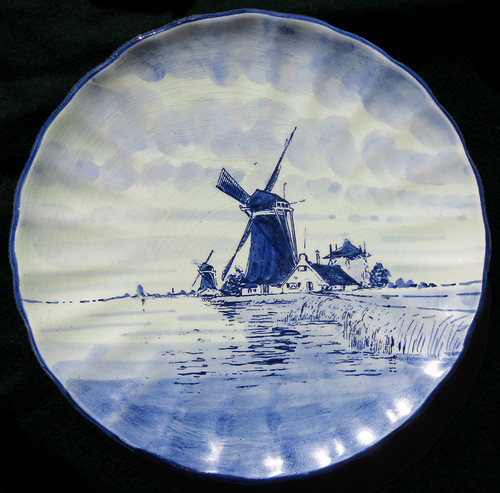 A painting of a windmill by one of Holland’s best-known artists: Vincent van Gogh.

Brouwerij ‘t Ij, a Amsterdam brewpub in a windmill (highly recommended by the way!)

A Mecanno windmill made for the Dutch Pavilion at a World Expo. 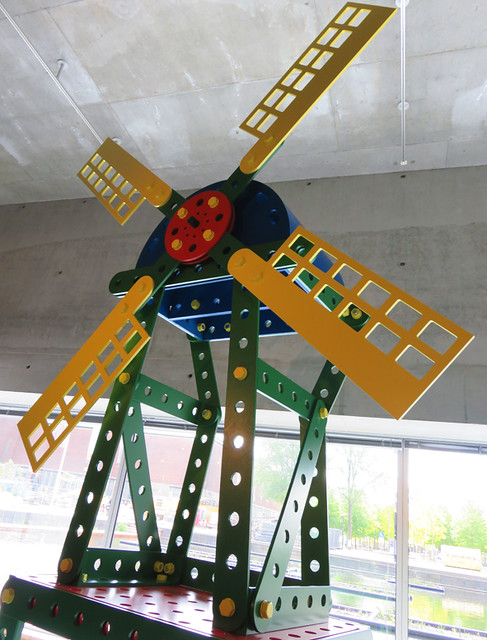 Major buildings sometimes sport weather vanes in addition to clocks. This is the New York Hotel in Rotterdam. 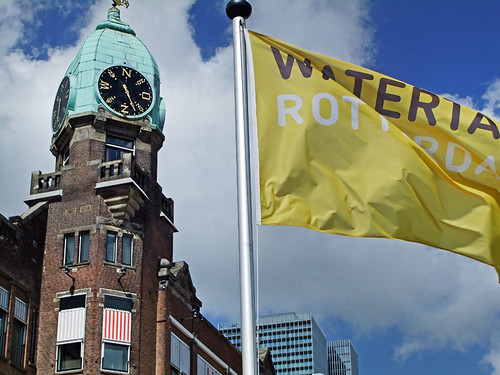 This the Central Train Station in Amsterdam, also with a weathervane. 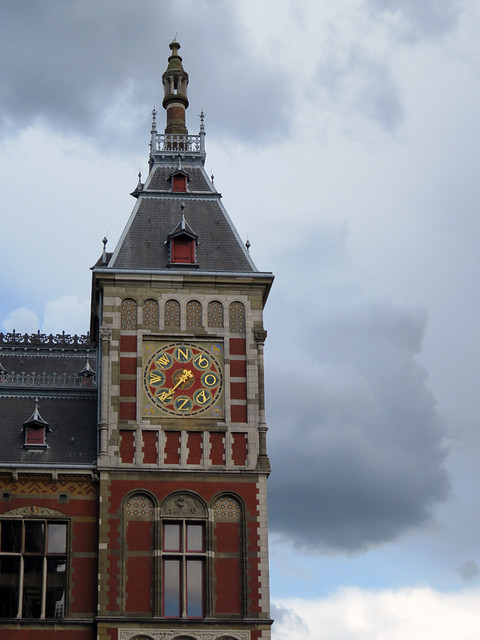 Windmills make great knickknacks – how about this windmill grater for sale in the Amsterdam airport?

4 responses to “It’s Windy in Holland”