Santiago de Compostela is best known for its famous pilgrimage. Judging by the number of people sitting around rubbing their sore feet very few of them have any energy left after walking ‘El Camino’ to just go for a stroll around the town… 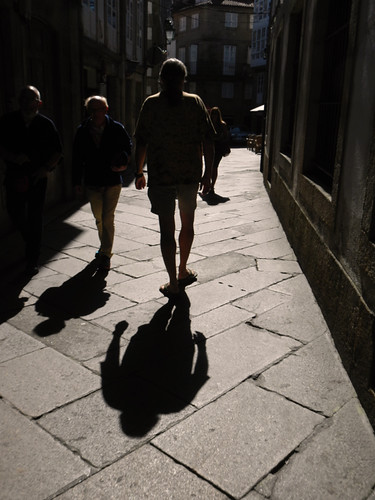 Is that bagpipes I hear? Santiago de Compostela is in the province of Galicia and ‘Galicia’ is Spanish for Gaelic. 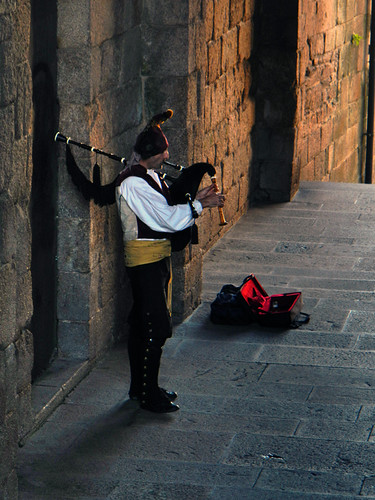 There are also ‘Tunas‘, wandering minstrels in their colourful traditional cloaks. 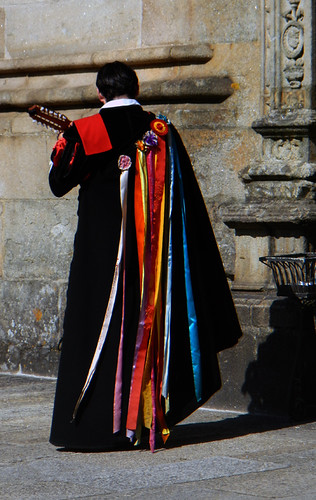 An interesting character relaxing on a park bench. 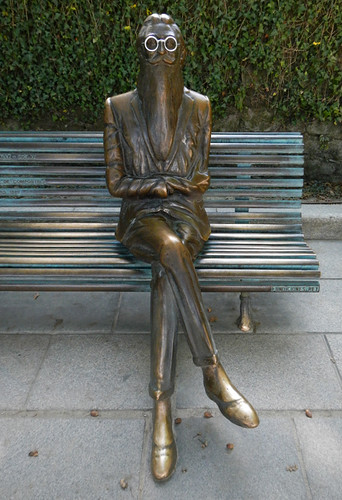 A close-up of the character who is Don Ramón Maria del Valle according to the inscription. 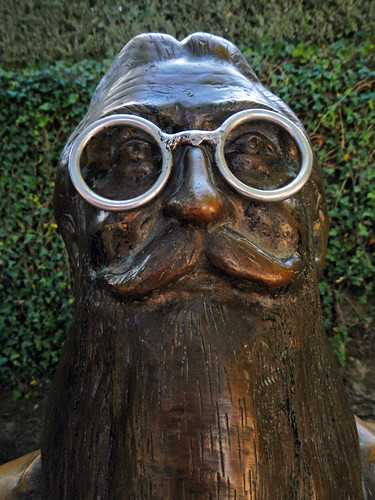 A rather magnificent bird house in the same park. 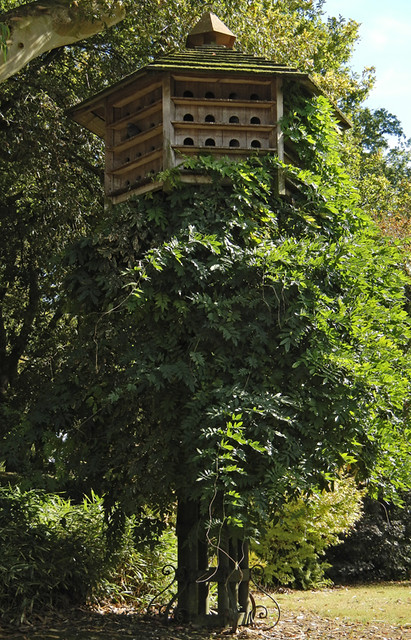 It rains a lot in Galicia, one of the reasons it is so green, and of course why it reminded a bunch of Celts of home. The traditional home in Santiago has glassed-in balconies where one can sit and stare out at the rain without getting wet. 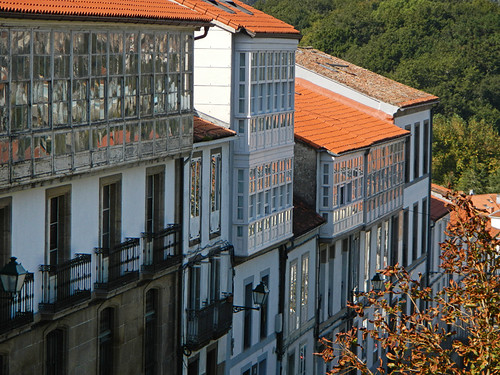 After a couple hours of strolling around the town it was time for lunch. We found a little café in a pretty plaza and made ourselves at home. Of course, after last night’s tour of spectacular craft beers, Al wanted to know how to ask if the café had any on offer. Here is Google translate to the rescue if you should happen to find yourself in the same dire situation. 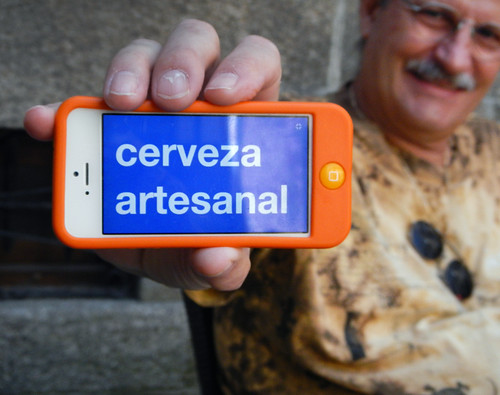 Alas, they only had Estrella Galicia, but Al went for it anyway, while I had water which came in this lovely blue bottle. 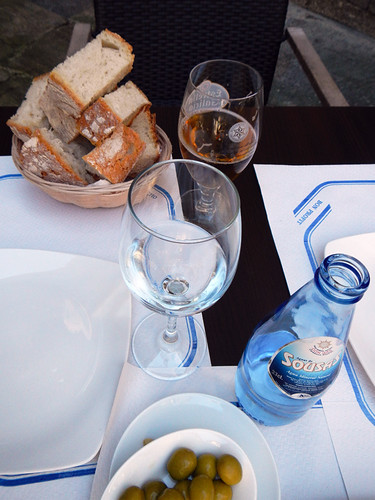 ¡Salud! A toast to Santiago and spending time with good friends. 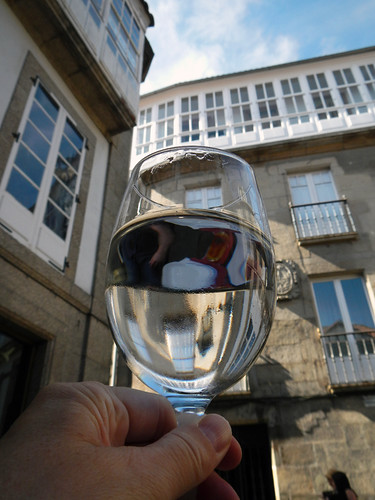 As there were three of us, we let the more experienced Spanish hand prevail, and Mikey came up with two orders of ‘raciones’. This is our lunch ‘a la carta’ of ‘Patatas Bravas’ (potatoes with attitude) and ‘Chipirones’ (squid-like creatures). As you can see, the ‘raciones‘ are huge and one definitely needs a few friends to share them with… 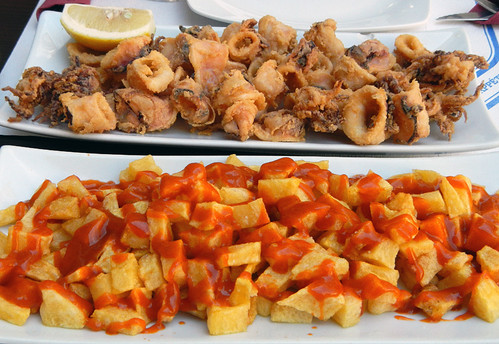 I finished off my lunch with a supremely delicious Spanish coffee! 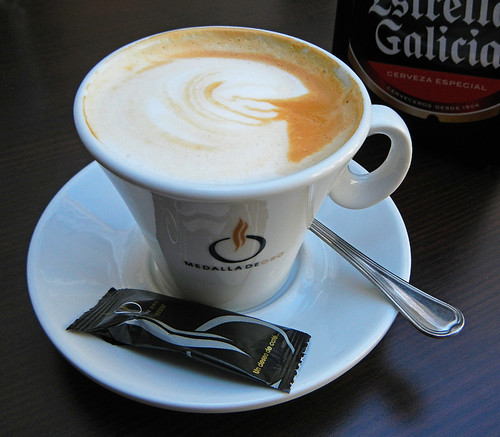 If you are having a just-wandering-around day in Santiago, here are some more tips from Jessica, a long-time resident of northern Spain.