We spent a long time exploring the Monastery-turned-into-a-Parador in the Ribeira Sacra, and then wondered what there was to do if one actually stayed there.

Our guidebook noted that there was a 7 mile walking trail through an old chestnut forest that ended up at the ruins of another monastery. We weren’t planning on doing the whole walk, but it was still interesting to go a short way and see the chestnuts that were just about ready to harvest. 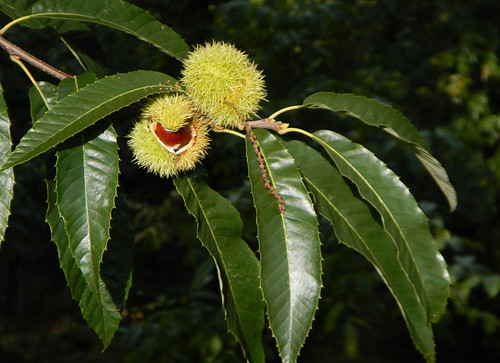 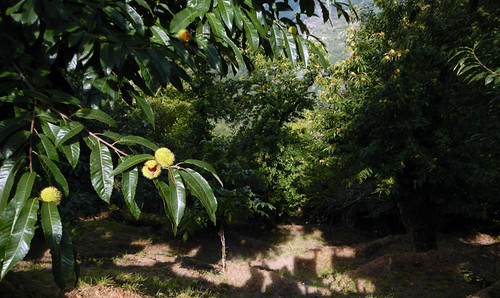 Inspired by all the photography we did inside the Parador, we began discussing what was a good shot, or does this great light make this a shot? or not? kind of stuff. 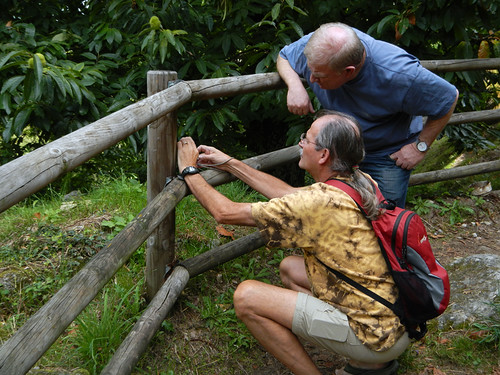 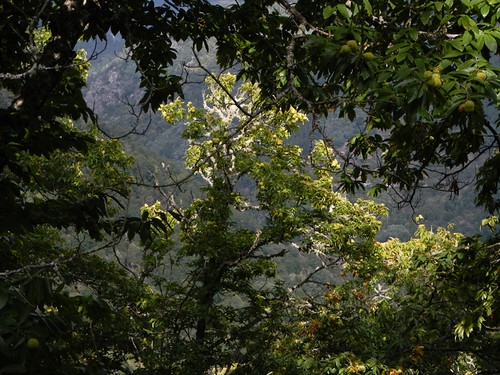 This map shows a few of the trails but not the one in our guidebook.

Driving a bit further along we saw this view of the River Sil from the Mirador (Lookout) de Cabezoás.

Still want more to do? Jessica, a long-time resident of northern Spain, sent me these tips, which indicate that we missed a ton of stuff and now have to go back!

Jessica has since opened a Bakery Café in Santiago de Compostela called Lusco & Fusco, and you can find her on Facebook at Facebook: Lusco Fusco Bakery Café.

More on our 2014 trip through Northern Spain.