Around 2:30 Mikey informed us that if we wanted lunch then we better start scouting around for some place to eat ‘soon’.

Fortunately, the first town we drove into had a charming restaurant packed with people, Mesón Casa Pepe.

This little restaurant only served up the Menú del Dia, a three-course Spanish ‘comida‘ that is typically eaten around two o’clock in the company of friends and family. Once we were seated, a basket full of bread and a full bottle of wine were plunked down on the table.

The Mesón didn’t have a printed menu so the waitress reeled off our choices in Spanish at a pace that was difficult to translate.

We all ordered Caldo for our first course as it was only dish in the list that we could figure out from the waitress’s rapid-fire description. Described as “un tipo de sopa (soup), típico de la región, con chorizo, jambon (ham), patatas (potatoes), fabas (didn’t know what they were but they turned out to be white beans) y verduras (greens, maybe cabbage?)”, it was delicioso if I do say.

El plato segunda(o) was also reeled off but we managed to figure out a bit more Spanish here. Al and Mikey had the Pork Ribs Churrasco… 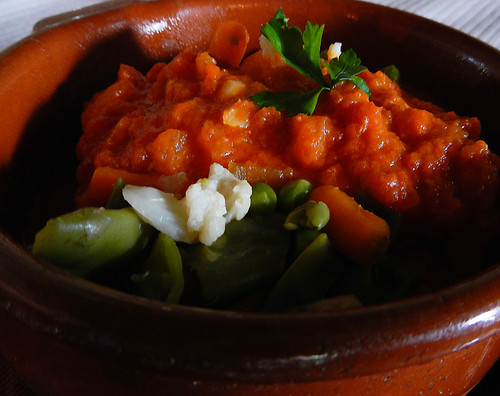 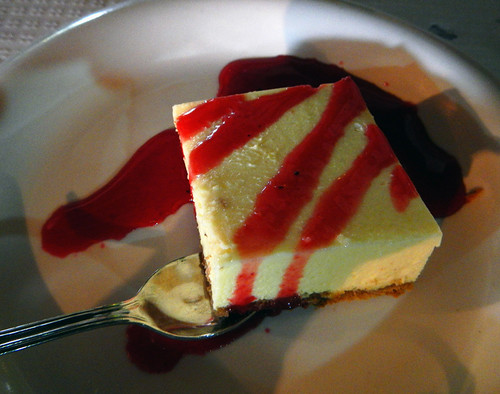 All this, including a bottle of wine for me and Mikey, and a beer for Al, came to 13 Euros per person.

I have previously spent time in Spain, but this was the first time to have this ‘extravaganza of eating’ experience!

More about our October 2014 trip to northern Spain.