A few more stops along the Galician seaside and then we were at ‘Finisterre’, Latin for ‘Earth’s End’.

Beyond which ‘there be monsters’. Rather cute monsters too, a group of about eight dolphins went frolicking by.

I really wanted to get a photo of the route marker for my Spanish course, but when we arrived they were filming a National Geographic special and really hogged the milepost.

We carried on to the lighthouse.

Inside the lighthouse were chairs made of a whalebone. 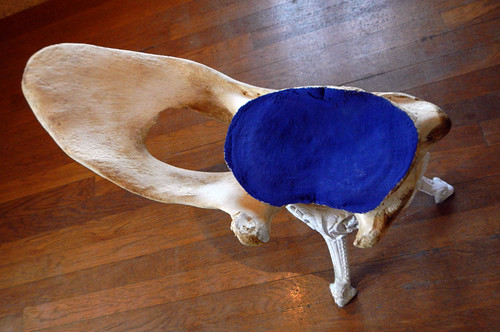 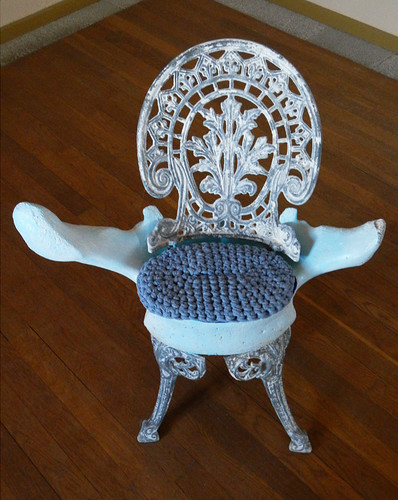 Many people hung the shells from their backpacks for the pilgrimage.

I guessed that the people on ‘El Camino de Santiago’ deserved priority at the route marker but there was such an endless stream of them. I was surprised at how many people actually went on this somewhat gruelling pilgrimage. I finally gave up trying to get it in context of the site and took my shot of the post marker by zooming in close!

2 responses to “Looking Over the End of the Earth”