A collection of images of the sacred pink lotus from home and Asia.

In Phnom Penh’s main temple, the lotuses were sold in bunches for offerings, and there were so many offerings that any older bouquets were quickly tossed into a pile at the side to make room for more offerings. (Cambodia) 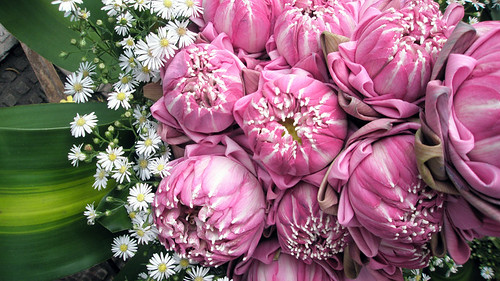 A spectacular lotus flower on the Mekong River in Vietnam. 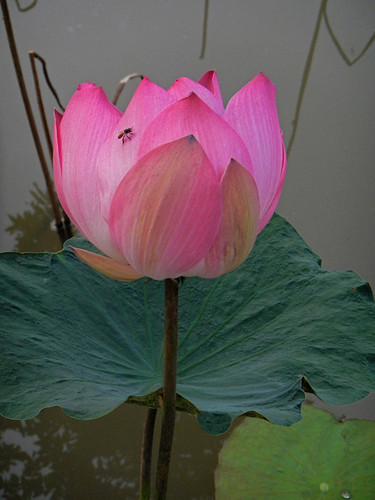 The floating lanterns in Bangkok’s Loi Krathong Festival are usually in the shape of a lotus, and often made of them as well. 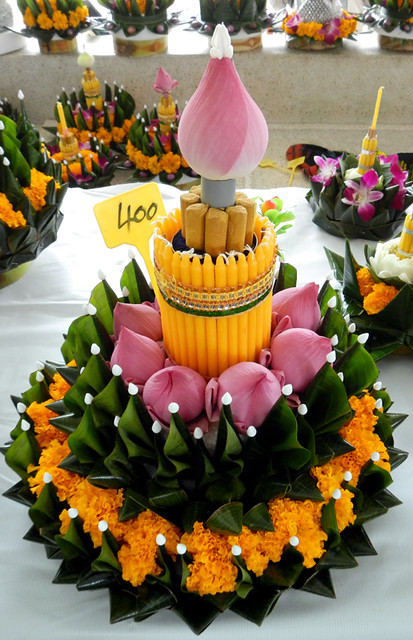 A lotus bloom in a Singapore mall.

The Hari Krishna parade has the child Krishna playing his flute within a pink lotus blossom. 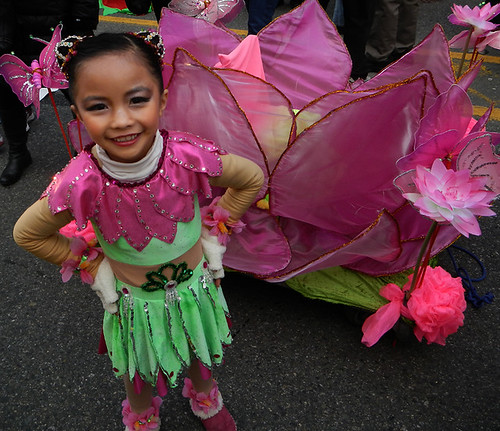