Here are some photos from the 2015 Chinese New Year Celebration in Vancouver to get you psyched up for the 2016 parade on February 14th. 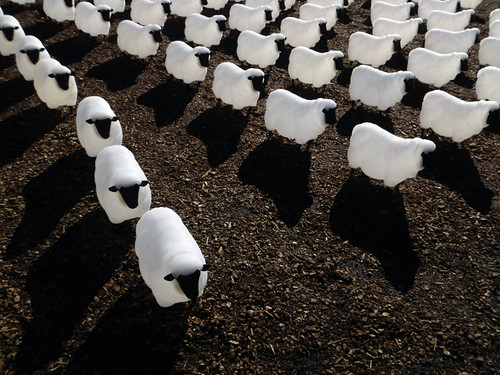 With a warm sunny Sunday, the parade had the largest attendance I have ever seen. Crowds were four and five thick along the entire route and I couldn’t see a thing. The only photos I managed to capture were in the staging area, where parade attendees were waiting their turn. Plus, for the first time, I borrowed a proper camera with a telephoto lens, something I don’t usually have. What fun! 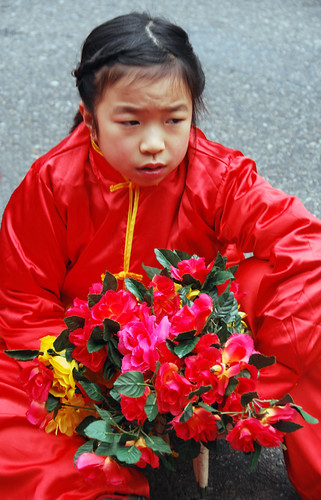 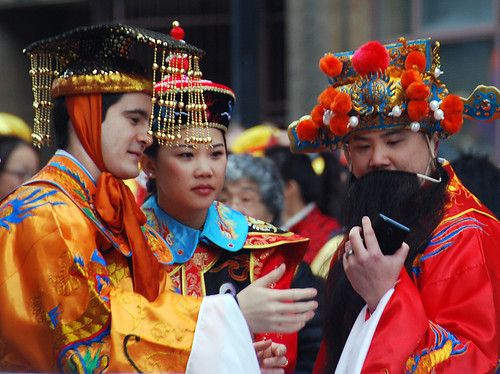 Seeing as I couldn’t see the parade I thought I’d duck into the Sun Yat Sen Garden before the crowds arrived. A few thousand other people had the same idea. The first thing that greeted us was two charming bonsai. It was impossible to capture them without people in the shot so I decided that I would get a photo with people in it as long as they were wearing red. 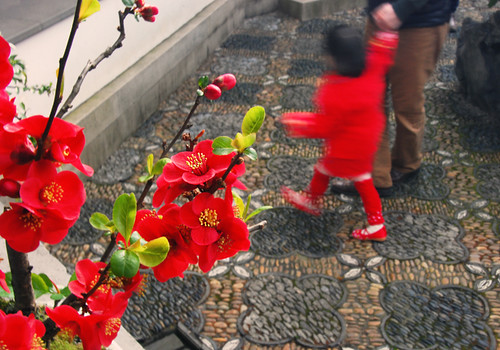 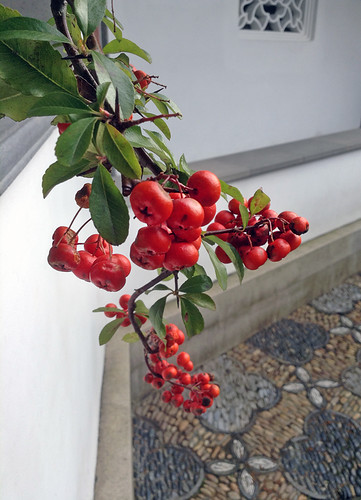 Many of the prayers asked for good health, but one wanted an iPad 6, another a beautiful garden and someone else world peace. The prayers were all tied onto the prayer tree. 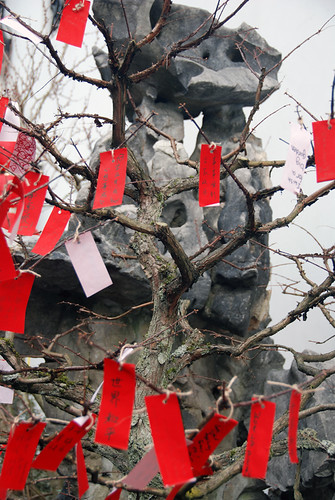 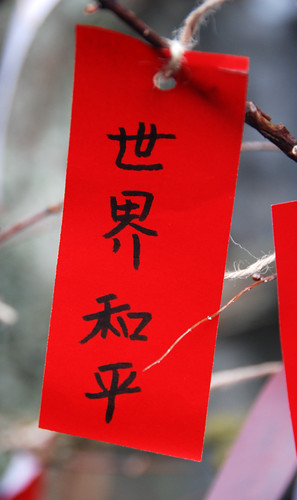 Many lanterns adorned the garden (even more than 2012 when the garden was full of lanterns.) 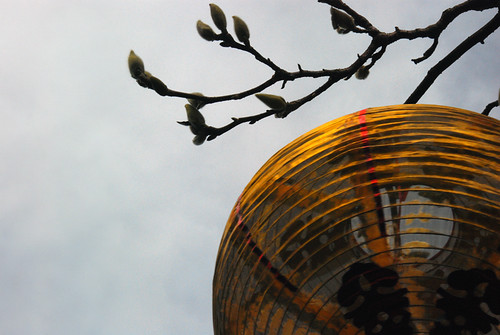 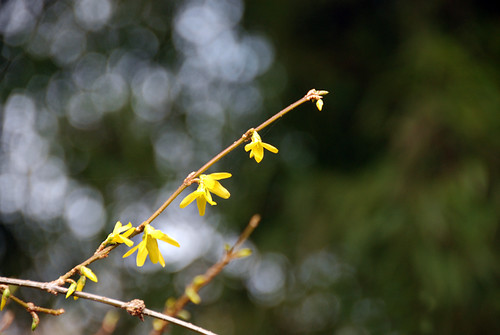 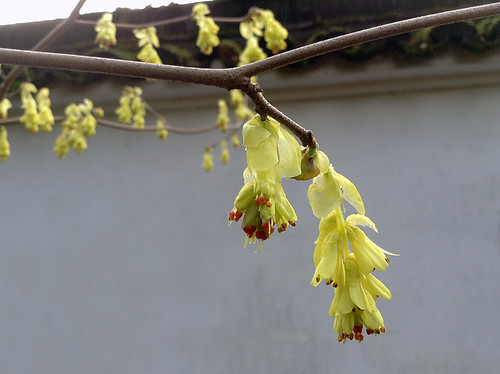 Afterwards I went outside and found that many of the media trucks that had been cluttering up the side street had moved on, and a dance troupe was piling into the area to have group shots taken against the garden walls. Playing with aperture controls and the zoom convinced me that I have to get a new point and shoot camera with a lot more controls on it! 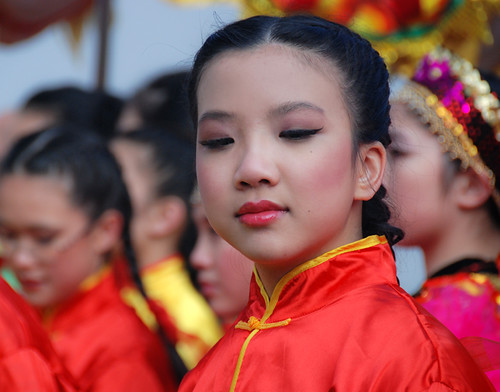 Caught trying to sneak a shot! 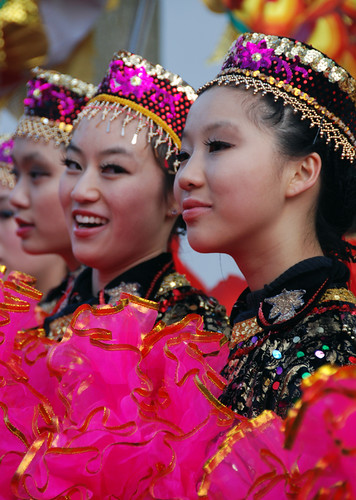 The God of Fortune. 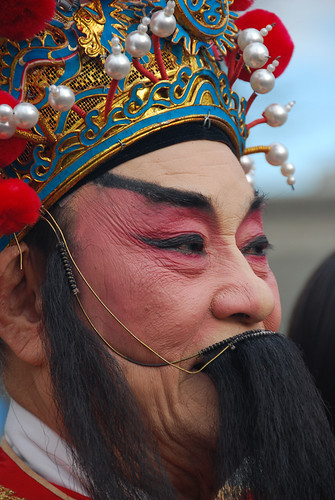 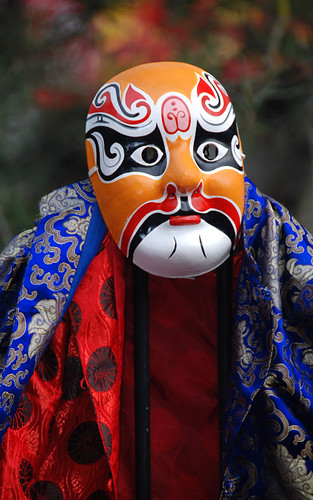 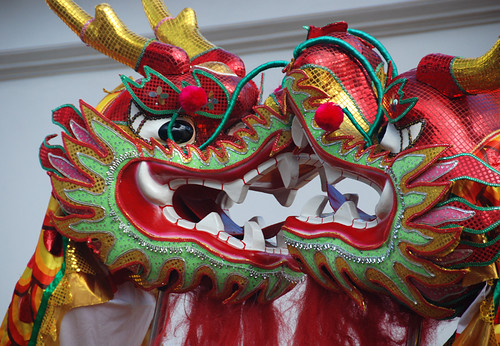 Back out into the fray, but with a telephoto lens, where I got a shot of this lamppost. 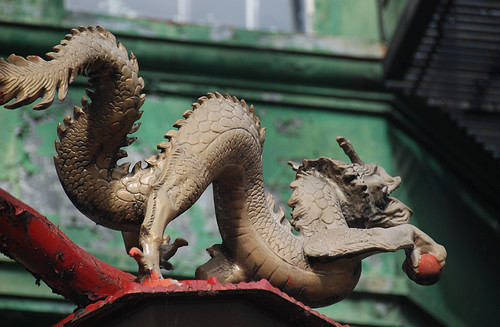 Then it was off to the T&T Supermarket to sample Cobia fish and Curry Mee (wow!), and to buy some BBQ pork and freshly made dumplings for dinner…

Another event, held at the Art Gallery, was Lunarfest which had lots of different dumplings and lots of sheep! 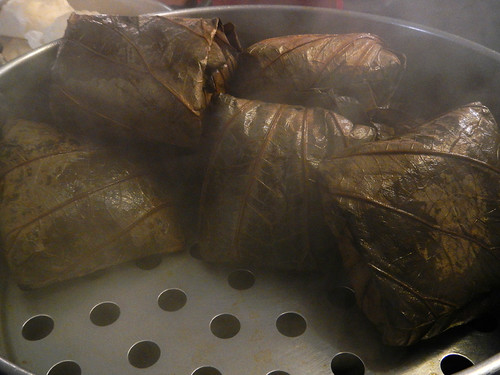 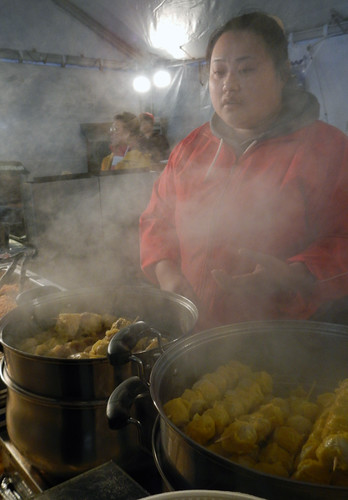 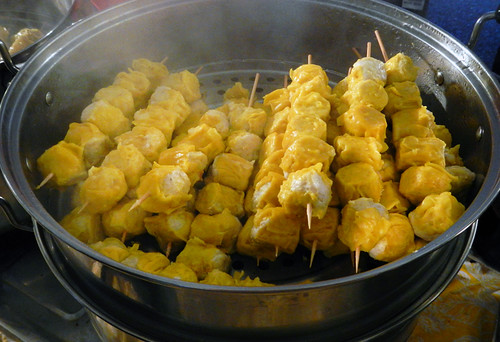