On our second trip to Brussels, while wandering around the city, we happened upon a narrow alley that looked very familiar.

I thought for sure it would lead us to ‘A La Becasse’, a favourite historical pub from our previous trip.

Instead it lead into ‘Toone’, another pub on our ‘Traditional Pub List’. 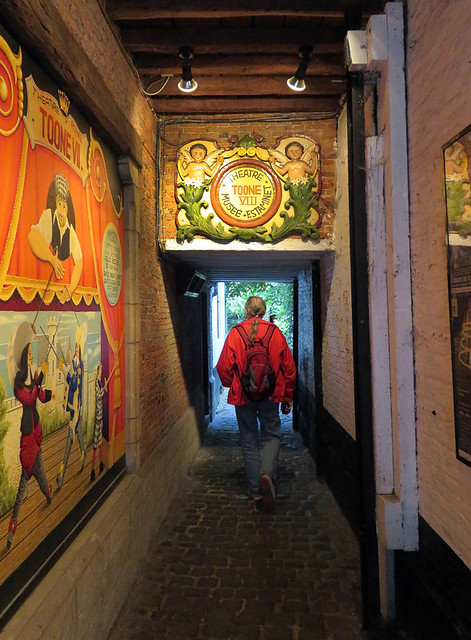 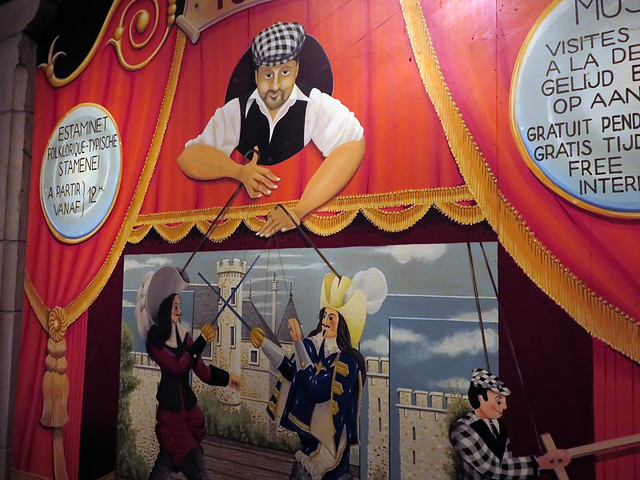 It came complete with a cat named ‘Chiffon’ or “Cleaning Rag,” as the waitress translated. This wonderful creature was almost 20 years old, one of a long line of cats belonging to the seamstress who lived next door.

Inside was old and just what I think a historical pub should look like.

They had a great beer selection too. Al had a Maredsous Blonde (“a tartish blond”) and me a Tripel Karmelit (“fave slightly sweet triple”).

OTHER TRADITIONAL PUBS WE VISITED WHILE IN BRUSSELS (BRUXELLES)

The post that led us astray! Even though it is from 2008, all the ‘Top 10 Traditional Bars in Brussels’ are still there, and haven’t changed much:
http://www.guardian.co.uk/travel/2008/feb/19/brussels.bars