This is all about the birds we saw on our trip to Argentina.

The first place we went to was the condor ‘flight school’. These are high cliffs where the condors teach the baby condors how to fly. 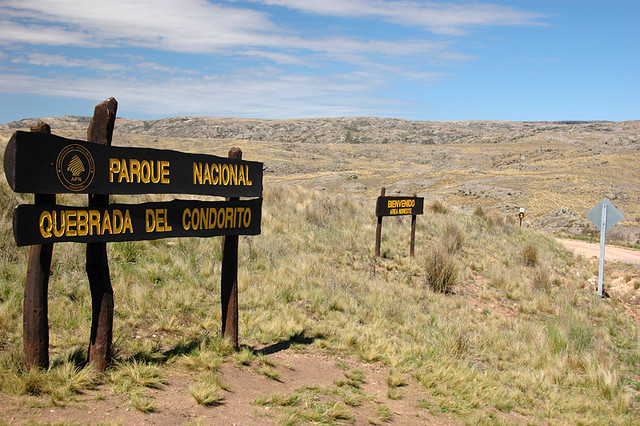 We had to walk a long way to see the condors. This is kilometer 10 and so far all we had seen were pictures of condors. 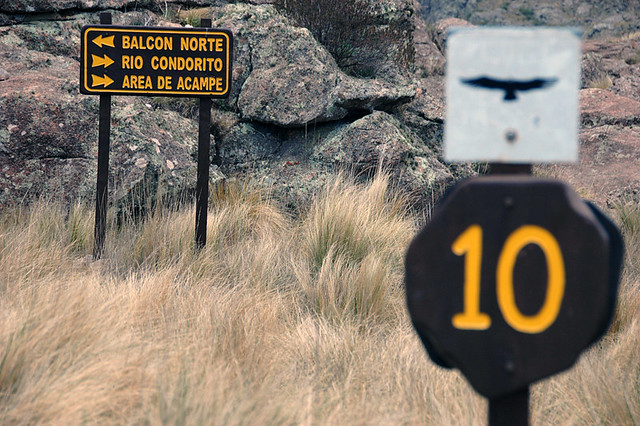 But then there they were, just below us, but tiny. Can you see them? 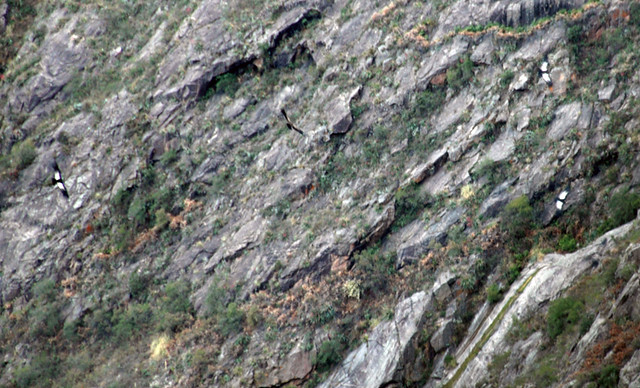 Your uncle Al like to pose too! The condors are even bigger than Al, with a three meter wing span to Al’s mere 2 meters.

There were other animals in the condor park like pumas, a type of cougar or mountain lion, and yararas, a type of scary snake, but we never saw them. Too bad! 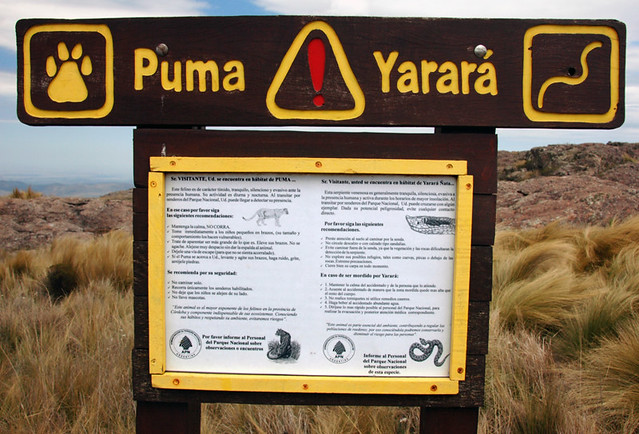 At the very end, when we were waiting for the bus, we saw a condor flying over the highway. Everyone was screeching to a stop and jumping out of their cars to take pictures.

Here is a description of the Cóndor Andino in the zoo in Buenos Aires. It describes the condor as the ‘Spirit of the Andes’ (Espíritu de los Andes) and says that it is in danger of extinction.

This is what they look like close up – they have white ‘bufandas’ – bufanda means scarf in Spanish. 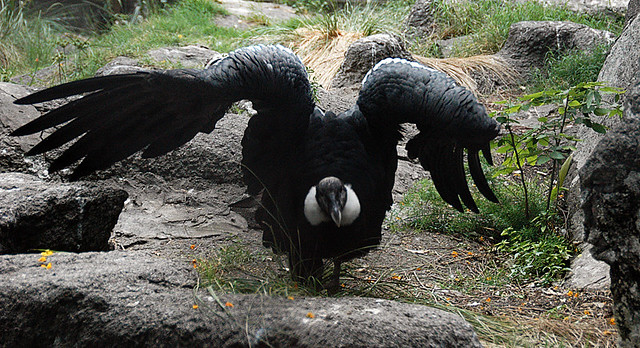 This is in the jungle in the northeast of Argentina, near the Iguazu waterfalls. The Guarani indigenas live here.

The Guaranies make wood carvings of the animals they see in the jungle around them . 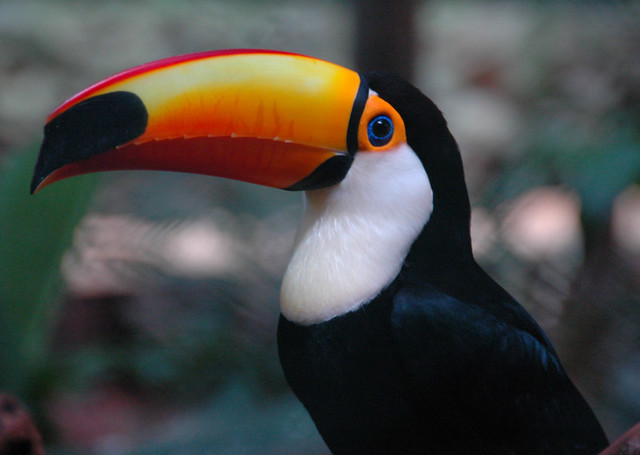 Here he is pretending to sword fight with another toucan. 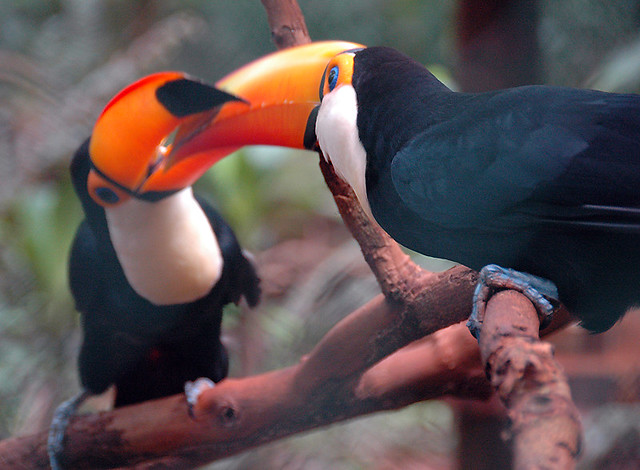 There are lots of colorful parrots in the jungles too. This one is called a macaw and he is very noisy, screeching all the time.

And finally, here is this other noisy bird. He used to be a guard bird for a big ranch. Whenever anyone entered the property he let out such a loud screech that you could hear him from a long ways away. 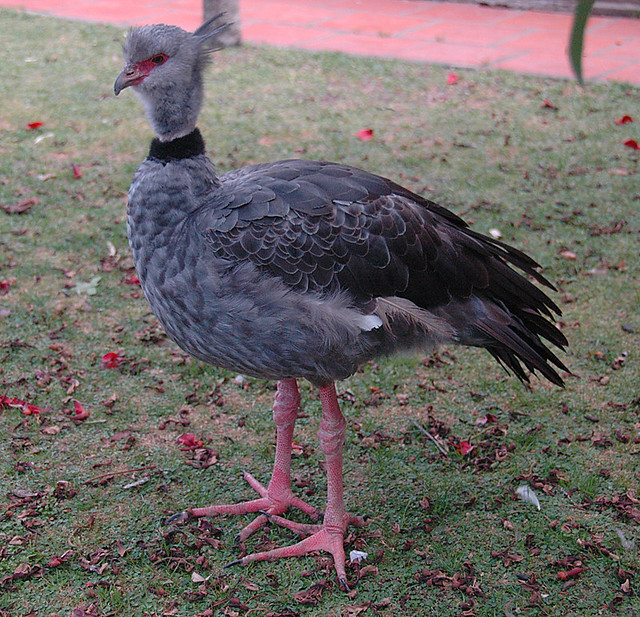 Currently he is unemployed, which is a good thing according to anyone who has heard him screech!

7 responses to “The Birds of Argentina, Including the National Bird, the Condor”