When we visited the Het Nieuwe Instituut (Holland’s Architectural Institute) in Rotterdam, they had a thought-provoking exhibit of the near future called the Garden of Machines.

The imagined future of this exhibit consisted of people housed in stacks of claustrophobic shipping containers, something we had already seen in the NSDM in Amsterdam. Global warming and rising sea levels being a major concern, especially in Holland, they noted that these same containers could easily be stacked on barges and people would just carry on.

These future homes were wired-in to the world but not with old-fashioned connections like these. Not sure what the pink light is about… 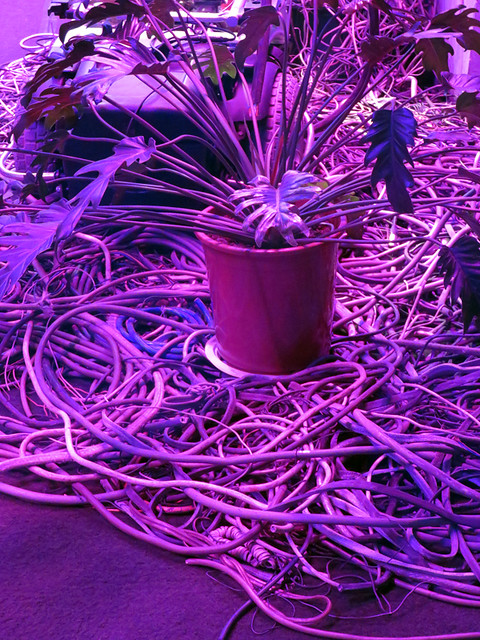 Growing your own food in the future means cultivating fast-reproducing insect protein. Of course, if your agricultural skills are not quite up to par, you can also purchase them at the local deli. In many countries insects have been part of the diet for eons but I think I might have some trouble with this. 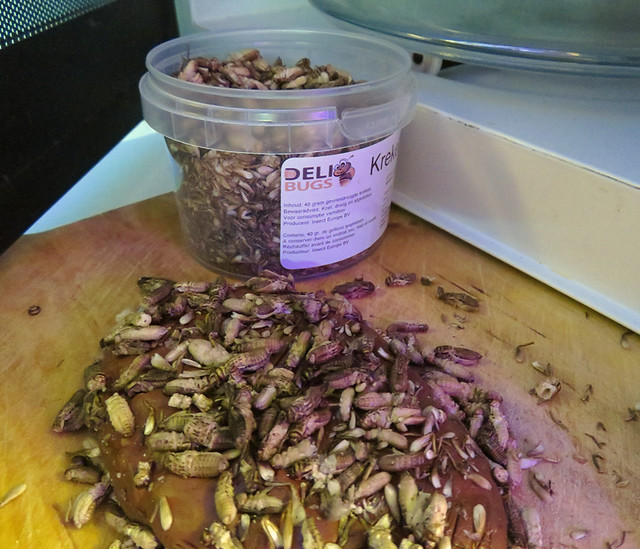 What a selection of delicacies! Apparently they all go well with peanut butter… 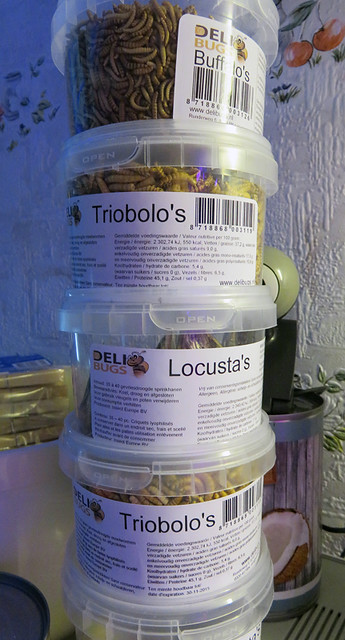 Insects aren’t just for eating – the future consists of all sorts of robotic insects to pollinate and otherwise boost production of your in-home vegetable agriculture. 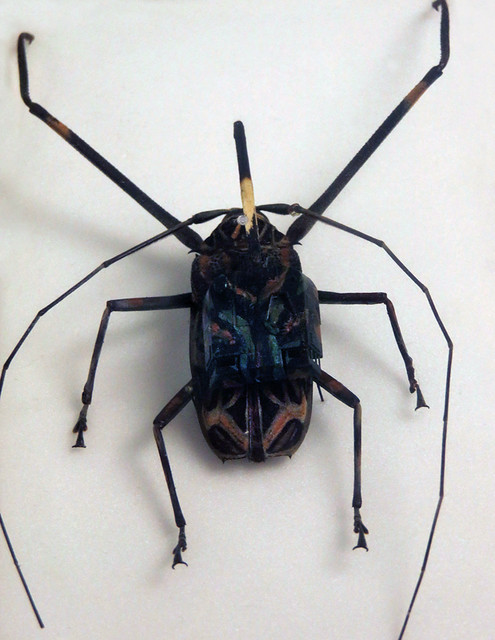 In this imagined future some of the shipping containers were allocated for group use. This is the group operating room where people who are so inclined can work on robotic creatures. 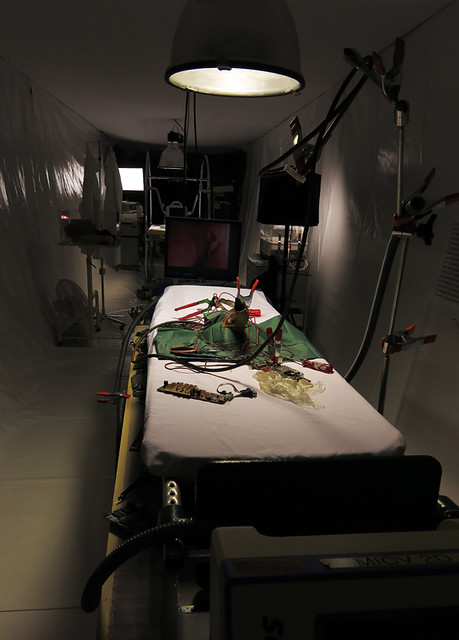 The exhibit’s vision of future storage looks rather like the milk crates we use to scoop to store our vinyl music in.

From the Het Nieuwe Instituut website: The Hall of Machines was an important element of the first World Expo. In the nineteenth century, this was where the newest forms of mechanisation were shown to the public. Almost a century and a half later, Het Nieuwe Instituut presents a sequel with the speculative exhibition Garden of Machines.