Our stroll led us to the ‘people’s’ part of town where our favourite Dutch beer site had recommended several pubs. Ledig Erf  looked like a great place, even from a distance, and in we went.

There were a bewildering number of taps.

The bartender offered us up samples of three or four different beers until we decided. 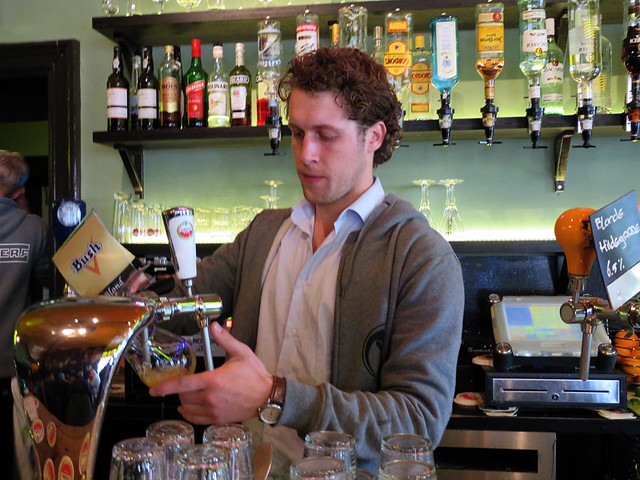 I chose a 4 star Bush Blond, listed in my notes as ‘the boozy, sweet taste of Belgium pouring down my throat’. Al chose a Brigand which he gave 3 3/4 stars. At 9% the bartender told Al he’ll be dancing, whoopee. Mine was 10.5% so I could be dancing too, or stumbling, or perhaps ‘slaapen’. 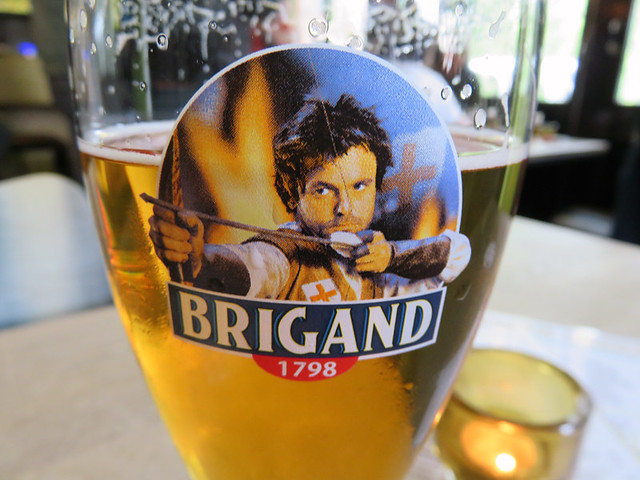 Another shot of this pub that carries a lot of different beers. 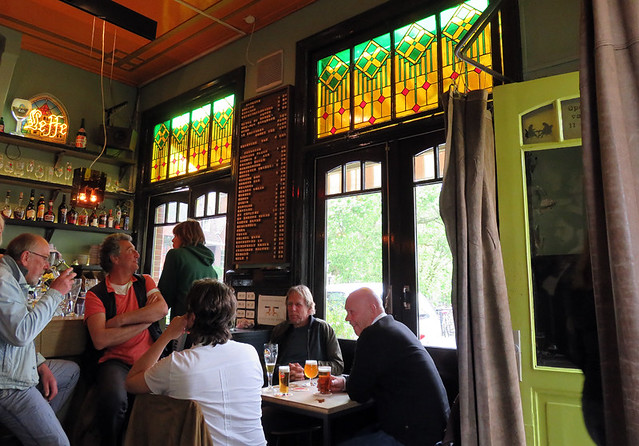 I  love to take photos of neon beer signs and there were a bunch of them! 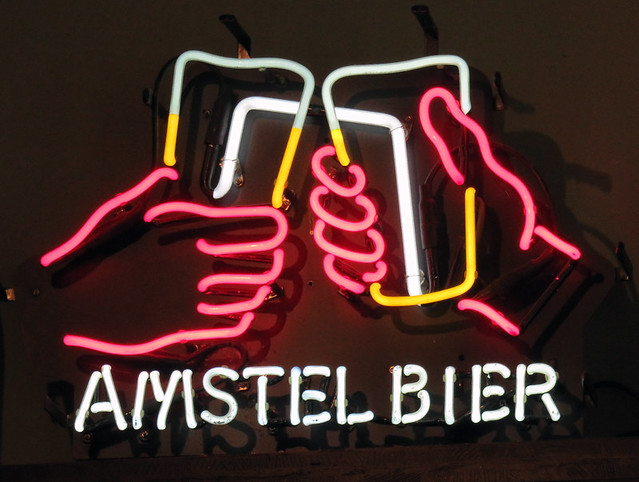 Best of all, this pub was where we met Guus and Sanne, and went out on a beer adventure.