A few picante chiles for you!

The spiciest chile is the habanero. Think spicy peach. Very spicy peach. These spicy chiles are popular in the Caribbean and the Yucatán peninsula of Mexico. Roasted habaneros were used as a side dish to Sopa de Lima, eastern Mexico’s version of Tortilla Soup. (‘Un habanero‘ is a person or thing that comes from Havana, or La Habana as it is known in Spanish.)

Serrano chiles are also very spicy, and a prime ingredient in many salsas like ‘Salsa Verde‘ or ‘Salsa Cruda‘. (‘Un serrano‘ is a person or thing that comes from the mountains, las sierras as they are known in Spanish. You can also find delicious serrano ham in Spain.) 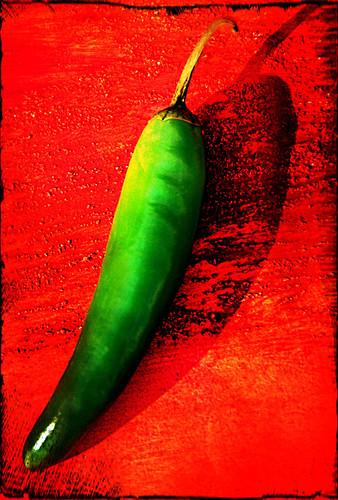 Jalapeño chiles are bigger and not as hot as serranos, and are often easier to find, making them a decent substitute for serranos. They are used in salsas such as  ‘Salsa Martajada‘, a charred jalapeño and tomato salsa; they can be stuffed with cheese for ‘Jalapeño Poppers’; they are found canned and/or pickled where the slices make a tasty decoration for ‘Nachos’. (‘Un jalapeño‘ is a person or thing that comes from Jalapa, a town in Mexico.)

A jalapeño chile is called a chipotle chile when it is dried. The chipotle is just as spicy as the jalapeño and has a slightly smoky edge to it. 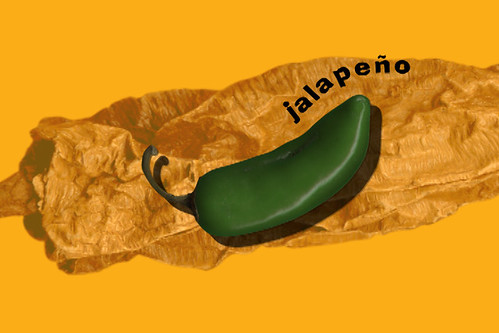 Chipotles are often found in canned adobo sauce which is fantastic to mix with mayonnaise to add some zap to sandwiches. A friend uses it as a BBQ sauce when grilling chicken or prawns, yum…

Pasillas are another dried chile whose flavour is essential in several dishes including Tortilla Soup and one of my most favourite and unusual dishes: Chile Capones. These are probably the least hot of this set of chiles, and the seeds, the hottest part of the chile, are often tossed in as well, for a bit more burn.

All of these chiles and more, with some salsa recipes, are found on our ‘Soleducational‘ site where you can read all about them in Spanish!

2 responses to “Feel the Burn – Cooking with Chiles”