Located right by the University Utrecht, this small pub quickly fills up to standing room only, customers who drink the taps dry and then leave.

Al managed to snag a couple of his favourite Belgian beers before the taps Ran out, a Duvel and a LaChouffe. I went for a Kreik (cherry beer) and then a Rosé (wine).

I have decided to include it in my Utrecht pub crawl primarily because of its bar cat, a piece of fluff that likes to be picked up and cuddled. 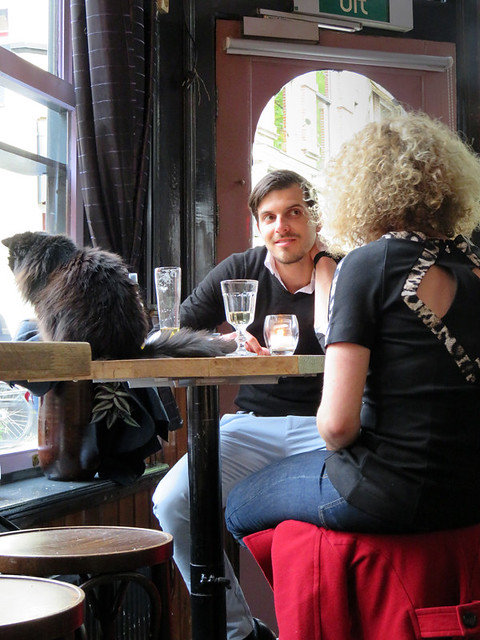 We went back another time but most of the taps were out and the cat was nowhere to be seen. It’s certainly very popular, and looks like a great place to go with friends.