The Kafé Belgie Pub in Utrecht has everything a beer lover (and cat lover) (and food lover) could want. 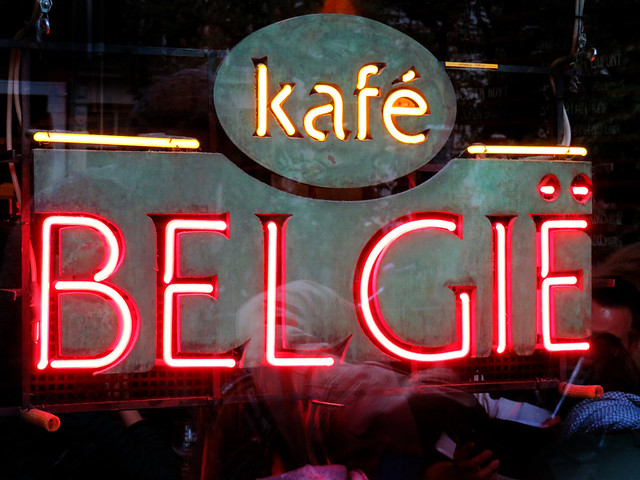 When we travel Al pre-selects pubs with the biggest selection of beer, and at the first one Café Ledig Erf we met Guus and Sanne, a father and daughter, who invited us to tag along with them to the second one, the Kafé Belgie.

Of course, the more beer tasters the better, and I even managed to get them to write reviews of their beers…

Here is the beer selection…

One area where Belgium excels is that every single beer is served in a glass made just for it – great for photographing the beers, and remembering the names even months later. In Holland this doesn’t happen as often. Kafé Belgie has its own glasses, so I know where I was when I was drinking, but not necessarily what I was drinking. 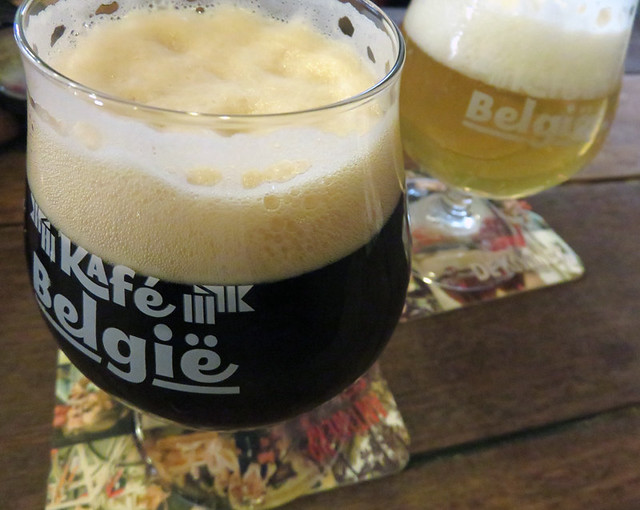 The food selection was excellent and tasty. This is the clam chowder with salad and bread – some of the best bar fare we had in Holland. 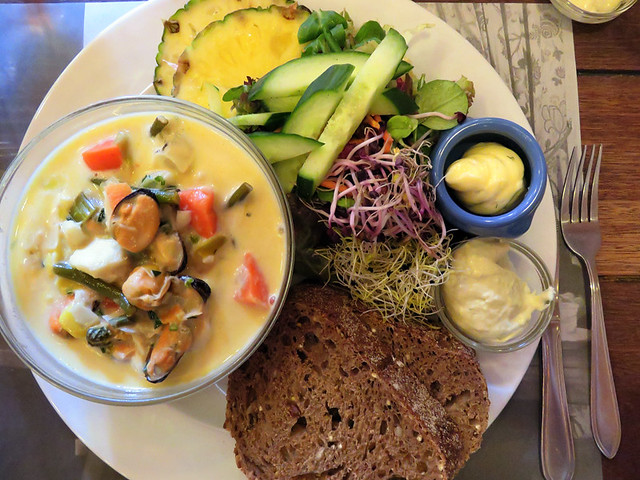 The bar cat – Utrecht had the widest choice of bars with cats making it my favourite drinking place in Europe so far! 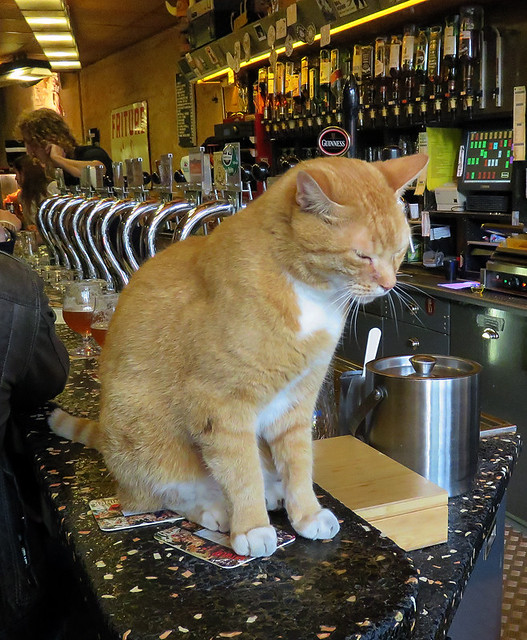 Kriek Boon, at the moment my very favourite of all the fruit beers out there! I can’t get it in Vancouver making another trip back to Holland imperative.

A couple other taps.

The bills so you can get an idea of the prices c. 2015. We went there three times, for the food as well as the beer.

Here’s the English menu for you to check out.