This is one of the few non-historical pubs we visited in Brussels, famous for it’s selection of sour fruit ales (lambics) as well as an extensive collection of other beers we had never heard of before.

The exterior of the Moeder Lambic. 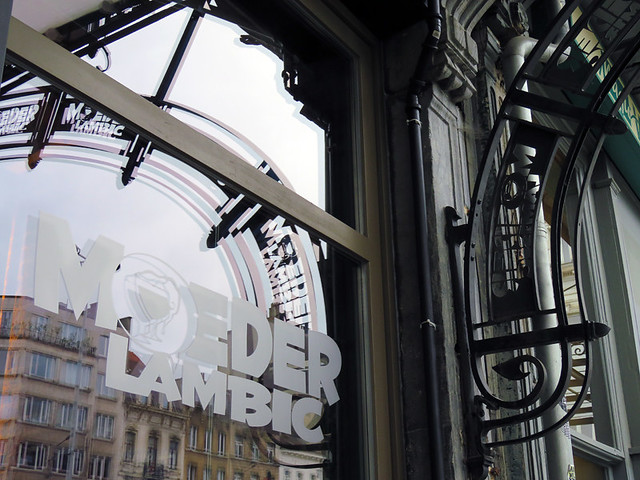 We started with two of the unknown regular beers. Al had a Zinnebir from Brasserie de la Sienne, described on the menu as ‘blonde, bitter and light‘. Al described it as a typical Belgian IPA; I found it a tad light with a very bitter finish. 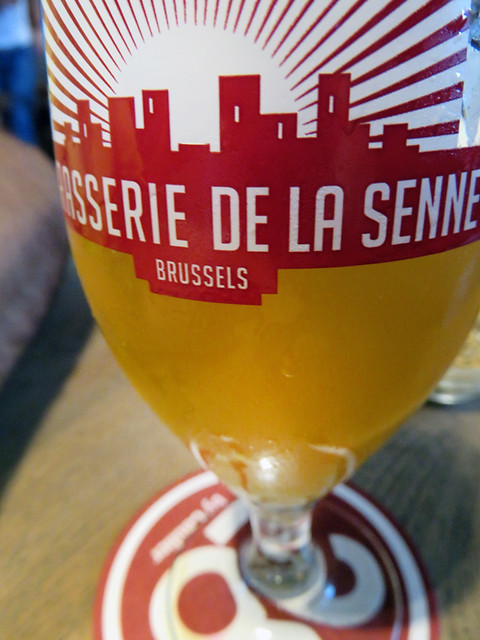 My choice was a Val-Dieu Blonde, on the menu as ‘blonde, mild and light‘. While we were downing these beers, we were checking with the beer app Untapped to get a feel for the unknown world of lambics. 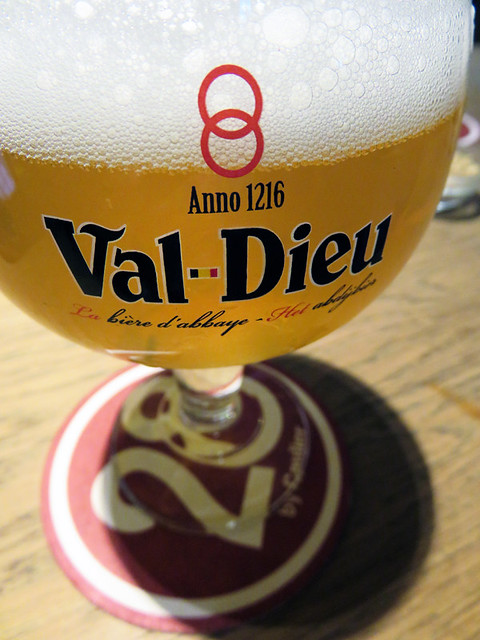 In the end both of us opted for very pink, very sour ales: Al the Framboise Cantillon ‘Cask’ (described in Untapped as ‘champagne with raspberries dropped in it‘) and me the Kreik de Ranke (which Untapped describes as a ‘perfect balance between sweet & sour’). 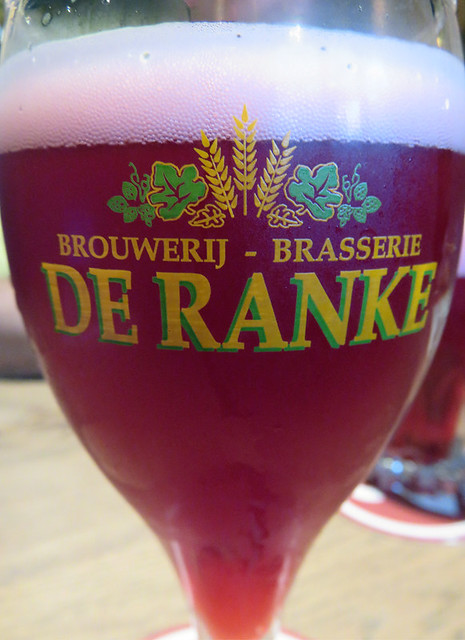 We both ordered the lardon and two cheese quiche, one of the best meals I had on this month-long trip. 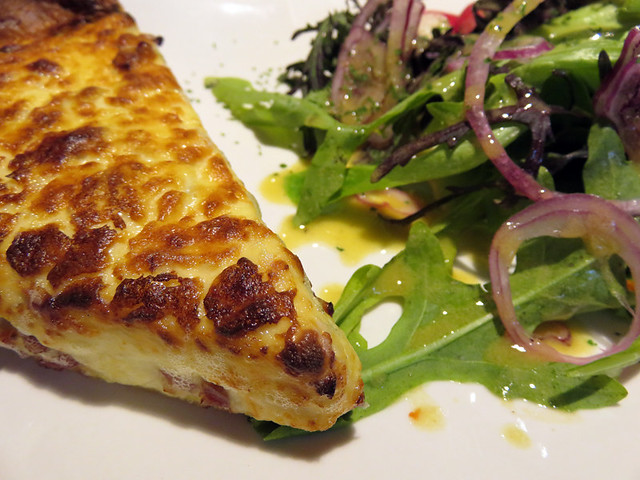 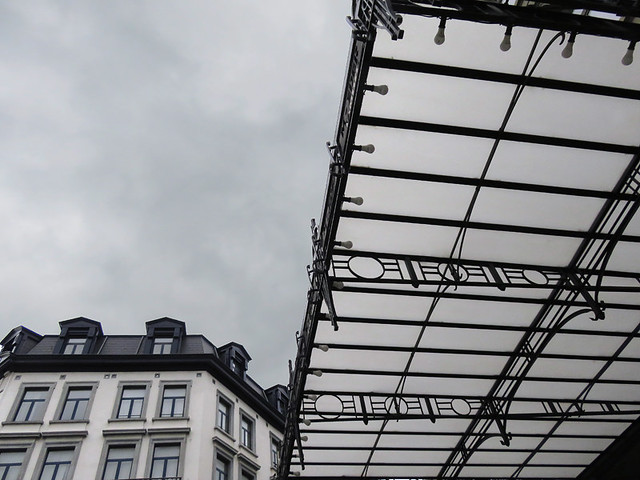 TRADITIONAL PUBS WE VISITED WHILE IN BRUSSELS (BRUXELLES)