July 1, 2016 marks the 100th anniversary of the Battle of the Somme, where in Beaumont-Hamel hundreds of Newfoundlanders lost their lives. It is now the site of the Newfoundland War Memorial.

One thing that struck me was how small the area between the front lines of the two warring battalions was, and yet so many people fought and died trying to hold on this little piece of the Western Front. The trees and light brown patch of earth mark the edge of German front line.

Trails wind their way through the trenches. A group of young men were walking the areas while one of their members was reading passages from the book ‘All Quiet on the Western Front’ which described the battle. 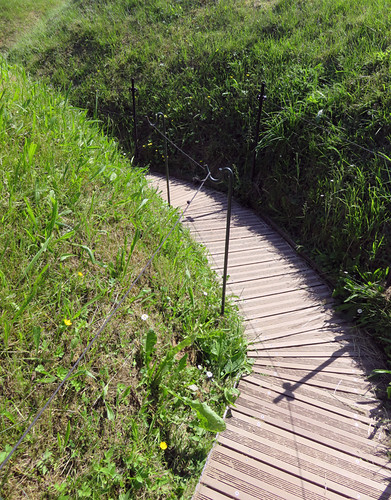 The memorial is marked with many crosses and wreathes, often put there by groups of school children who are taken on solemn pilgrimages to the site. 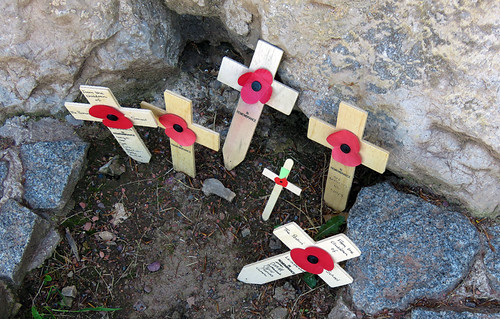 ‘They fought together, they died together. Forever will they be remembered.’ 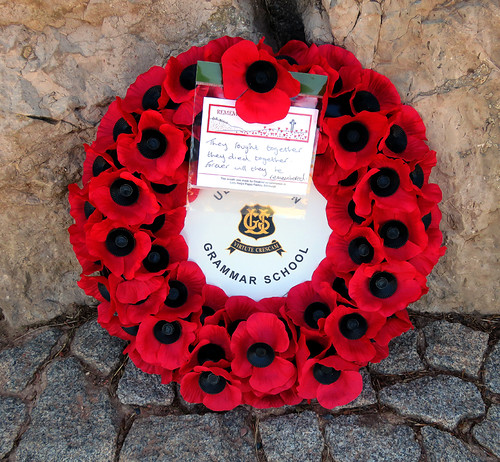 The story of the ‘Solitary Caribou’ sculpture and how it represented the soldiers of Newfoundland. Newfoundland was not part of Canada during this time and was its own country.

Arrows pointing out the landmarks at the battlefield including ‘Beaumont-Hamel, 3/4 mile’ (the town after which the battle was named) and the ‘Danger Tree’, only a short distance away, where the majority of soldiers died.

At this place we stopped and talked to two Brits who were doing the ‘Route of Remembrance’, a tour of the battlefields of France.

They told us that in this part of the Western Front the war had ground to a halt for two whole years with nothing happening, and then, on July 1, 1916, the Newfoundland battalion of almost 800 men was sent to recapture the land in plain sight of the Germans resulting in one of the worst losses of men in the Battle of the Somme.

Book to read: All Quiet on the Western Front, detailing the boredom and disease afflicting the German soldiers that was occasionally interrupted by brief periods of intense fighting and death.

2 responses to “The World War One Newfoundland Memorial in France”