This was one of those travel days that was busy but not fun.

At the car rental place we met Nigel, a character that had us laughing even as he tried to charge us an extra 800€ for insurance.

The drive to Belfast was a tad tense, especially at the first few roundabouts where we both automatically looked the wrong way—driving on the opposite side of the road can be scary.

Then there was our Air B&B. According to Google Street View, there was street parking as advertised, but NO building, just a big hole in the ground!

We arrived at the Air B&B address. Relief – there actually was a building there! And free street parking! Problem – nobody was home, and we couldn’t contact them because the sim card we had purchased in Dublin (Republic of Ireland) didn’t work in Belfast (Ireland, UK).

On our search for a sim card we were distracted by a funky flag strewn alleyway that ended up at the historic Duke of York pub. The pub had wifi so I wrote to our Air B&B hosts on my iPad, something along the lines of, ‘we’re here, where are you?’ There was no immediate answer. 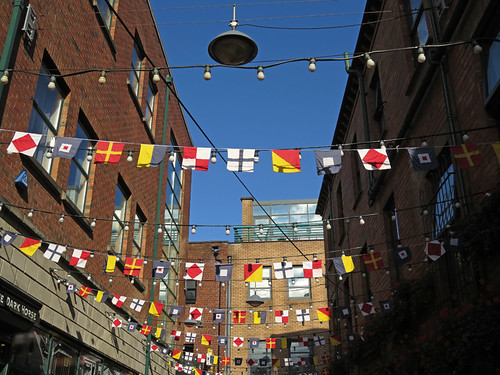 Pints were pricey and the beer selection wasn’t great, but the poems on the stairs made a magical entry into Northern Ireland.

The good news was that it was ‘Culture Night’ all over Ireland and events started early, around 2 o’clock. The bad news was that nothing was really happening. 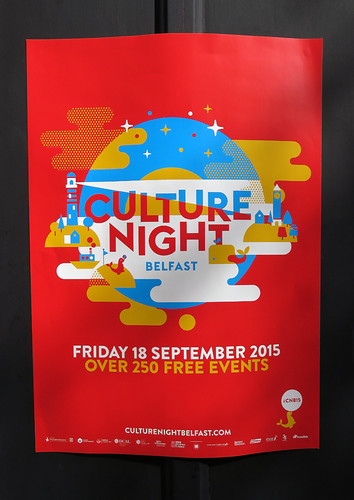 We decided to have a late lunch at Hadskis Restaurant near the pub. The decor was plain diner-style but the place was packed, always a good sign.

Al ordered fish & chips which came with something I thought was guacamole. I was intensely jealous until I discovered it was actually mushy peas. I ordered ‘blue cheese and portobello mushroom with rocket on sour dough bread‘ which was melty and delicious. Judging by the food I saw around me this is an excellent and relatively reasonably-priced place to eat in Belfast. (http://www.hadskis.co.uk) Also the lighting wasn’t great for photos; trust me this was much better than it looks!

I also tested two different types of cider: big brand Magners which I found vinegary, and MacIvors, a local craft cider, better than Magners but still only rated at ‘OK’.

Every so often I’d check my wifi for an answer from our Air B&B but it never came. So our next stop was was a mall which sold sim cards. 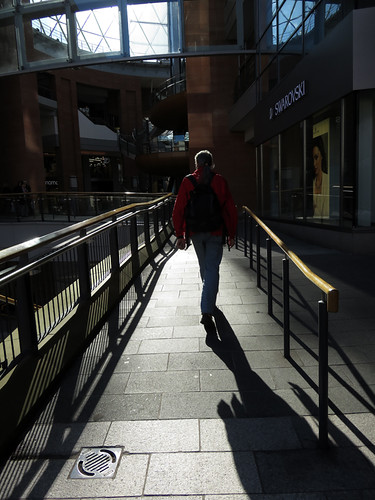 Sim card installed we were finally able to text our hosts who responded saying they would be home at seven and to ‘enjoy Culture Night!’

5 responses to “Arriving in Belfast in Northern Ireland, UK”