Culture Night is celebrated all over Ireland on one night in September.

In Belfast it was well advertised, with over 250 FREE events, but when we got there we found the adult events to be mostly discussions of culture and overly intellectual (at least for us).

This church featured a musical performance that looked at how the Irish roots music was transformed in America.

I liked that every pew had hand-made needlepoint pillows to relax on but found the music unappealing.

The only art that caught my eye was at the gallery Belfast Exposed. This exhibit featured trees and branches that would be constantly changing and evolving over the next few weeks. 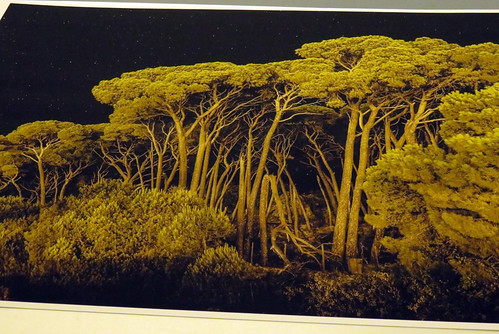 Other than that there were lots of school performances and events aimed at children.

Our plan was to explore the Maritime Trail and Titantic Museum.

But first we had to get there. The sole on one of Al’s expensive walking shoes was flapping and our Air B&B did not provide breakfast.

Our hosts recommended a shoe repair on a nearby street. The shoe repair guy was not in a good mood, “Saturday, beautiful weather, and I’ll be missing the rugby game because I have to work.” He glared at Al’s shoe.

With trepidation we asked him if there were any good places for breakfast nearby.

He recommended Angela’s, or a bit further up, Cassidy’s Bar, saying, “They won’t serve you a drink but you can get the full Irish there.”

As this was only our third full day in Ireland I was eager to find out what a ‘full Irish‘ was. The menu didn’t have it but I was told that what I wanted was the ‘full fry with soda’.

This is a ‘small’ version of the full Irish consisting of an egg, sausage, back bacon, fried potato pancakes, baked tomato, scone, strawberry jam or marmalade, Irish butter and coffee or tea. The ‘full’ Irish includes MORE of all this(!) PLUS blood pudding and baked beans along with a plate of soda bread (the ‘soda’). 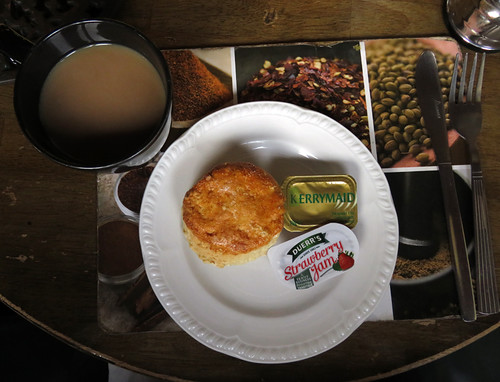 Our route to the Maritime Trail took us through a less-explored part of town. 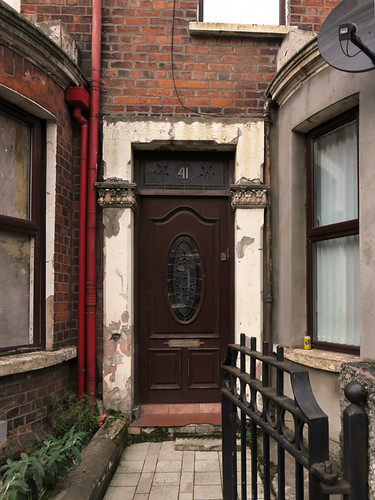 Belfast was known for the ‘Troubles’ between Northern Ireland and the rest of the country, but other than the heavy duty police vehicles there didn’t seem to be any sign of problems.

Finally we came to the ‘Big Fish’ Sculpture and crossed the Walking Bridge over to the Maritime Trail.

A quick note: Just behind the ‘Big Fish’ there is a Boat Tour operation. This was highly recommended to us (“better than the Titanic Museum and I’m a Titanic groupie…”) It only runs at certain times of the day so we missed it but it sounded fun!

Belfast map showing the way to the Big Fish Sculpture and across the Walking Bridge to the Maritime Trail.