It was absolutely pouring out when we left Santiago de Compostela and headed out to the Costa Verde of Spain.

Costa Verde translates as ‘Green Coast’, and it certainly was green, thanks to all that rain. But when we reached Mondoñedo there was a rainbow at the edge of town which gave us hope that the rain would stop.

The town had some of the narrowest roads we’d ever been on. The GPS called for a tortuous route through the city…

…and lead us down some streets where the car only cleared the walls by a few inches. I’m sure glad we had a tiny car!

It was still pouring once we parked but the rain stopped for a moment, the sun came out, and the town’s wet slate roofs gleamed. 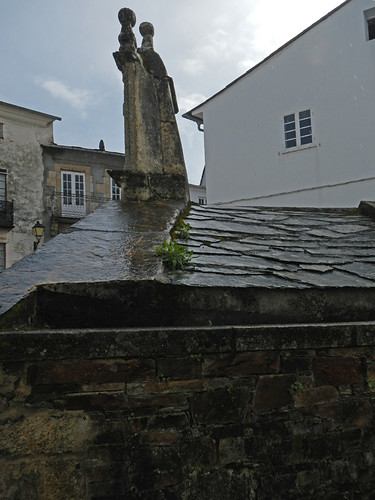 It continued to sprinkle but the sun was soon out in full force.

Many of the buildings had the same glassed-in balconies that we had seen in Santiago; somewhere to sit and keep dry while watching all that rain.

As we wandered the town we noted that almost all the doors and windows were painted green, perhaps inspired by the vivid greenness of the surrounding lands. 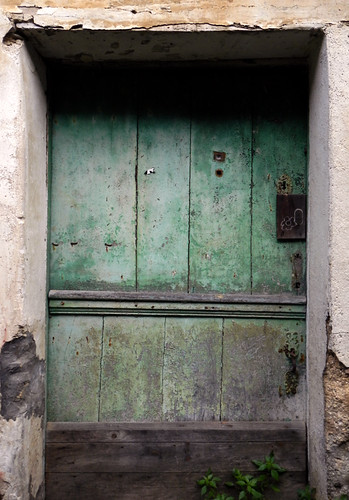 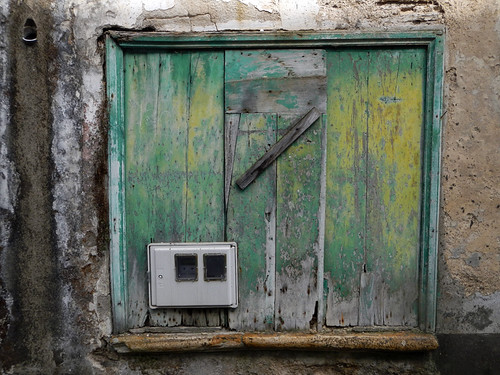 It started to rain again as we were leaving Mondoñedo, and I waved goodbye to anyone who might be sitting in their glassed-in balconies.

Our route info came from Jessica…

Mondoñedo: you might pass this place on the way to Ribadeo and the north, and it’s a cute little town. You’ll notice that the roofs in this area are all slate as opposed to the traditional Spanish clay tiles.

Jessica has since opened a Bakery Café in Santiago de Compostela called Lusco & Fusco, and you can find her on Facebook at Lusco Fusco Bakery Café.

3 responses to “Mondoñedo, a Town on the Way to the Costa Verde of Spain”