Around 3 o’clock we arrived at our destination, Ribadeo on the north coast of Galicia.

While the town itself is not overly striking, it does have a couple of walks along its busy waterfront. 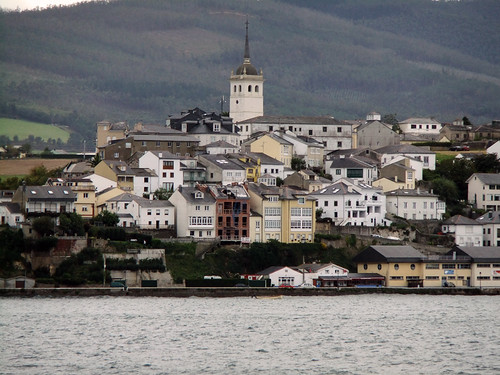 And many old, occasionally abandoned buildings. 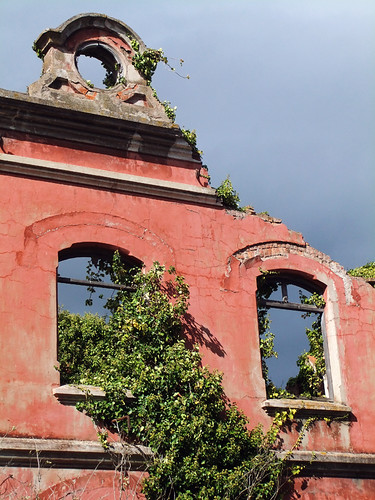 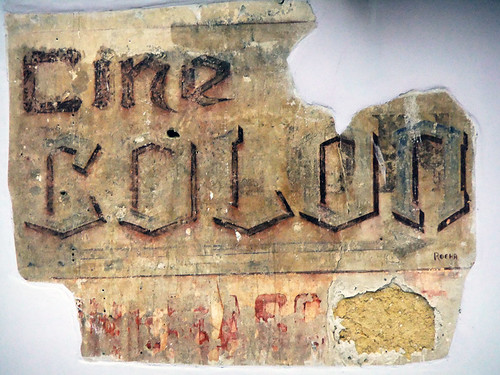 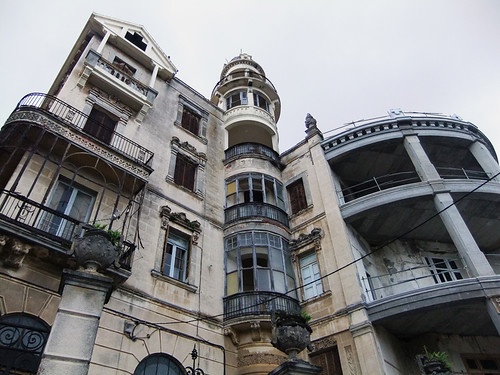 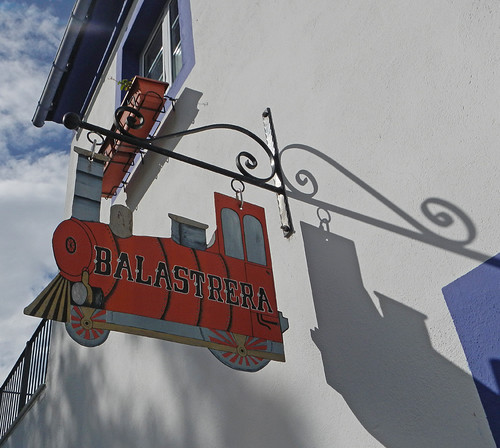 A tapa snack after our walk around town… 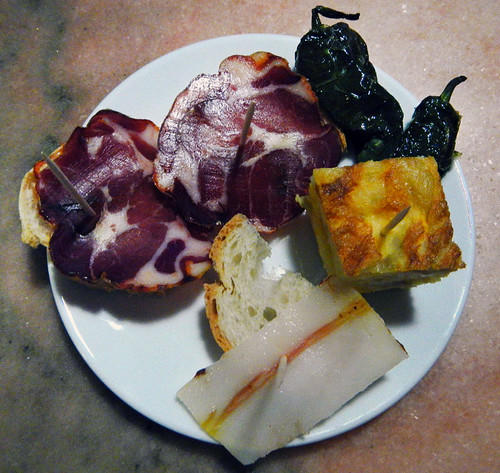 …accompanied by a beer poured from these unique Galician beer taps based on traditional ceramics of the region. 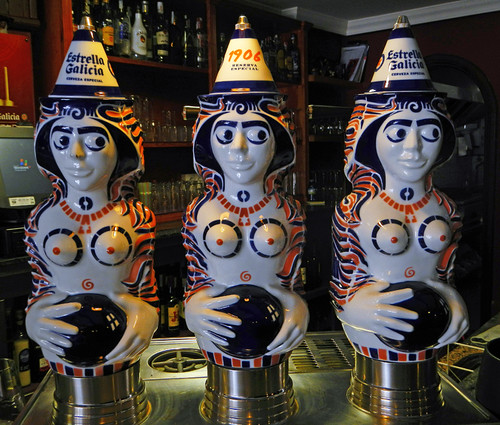 Ribadeo made a great base for exploring the northwest coast of Galicia in Spain. We planned to spend the following day exploring the Playa de Catedrales whenever the tide allowed, which turned out to be 9 o’clock the next morning. From there we would continue to explore the coastline to the west of beach, stopping at all the little towns and sights along the way.

6 responses to “Ribadeo on the North Coast of Galicia, Spain”