Some route info from Jessica, a longtime resident of Northern Spain: Our absolute favorite area is the Picos de Europa. It’s further south (Unquera, Cangas de Onís) and very rural, but so beautiful! The mountains are much higher than Galicia and the roads pass through really picturesque little villages. 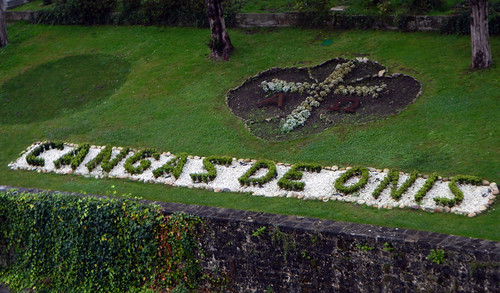 The Roman bridge at the edge of town. 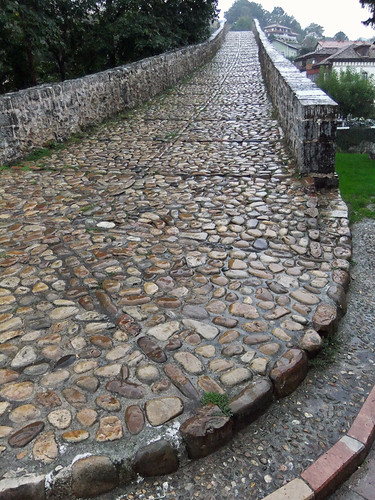 Although it’s a bit hard to see, look at the size of the pot that our Fabada stew came in!

The traditional meal of Canga de Onis, Fabada, a stew of beans, chorizo and ham, and really warming in the chilly damp evening. 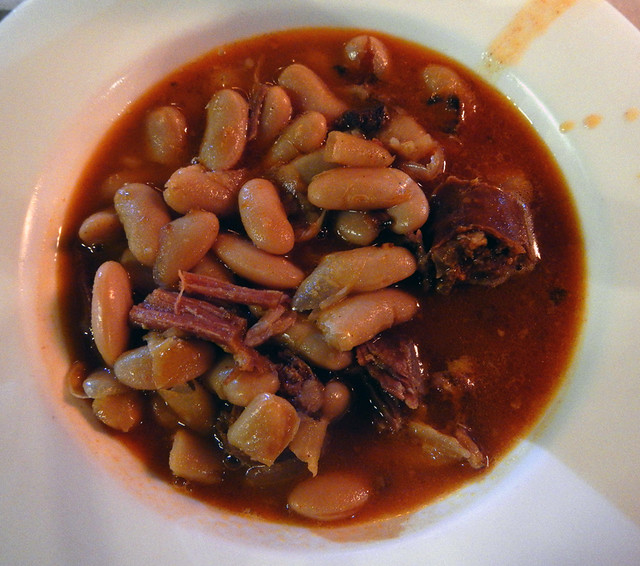 More tips from Jess: Try the sidra (hard cider – it’s SO CHEAP!) and tortu, which are like fried corn pancakes.

I should also mention breakfast the next day, café con leche along with a little apple tart which was so flaky it felt like I had eaten nothing but air.

It was a great day’s drive, going from Ribadeo to Canga de Onís, with stops along the way in Luarca, with its maritime walk, Aviles, trying to live up to its big art reputation, and lastly Ribadasella, with its yummy market and nearby prehistoric Caves of Tito Bustillo.

Jessica, who provided our great route info, has since opened a Bakery Café in Santiago de Compostela called Lusco & Fusco, and you can find her on Facebook at Lusco Fusco Bakery Café.