We found a fantastic website listing Dutch pubs which had never led us astray until we landed in the Oude Haven district of Rotterdam.

We knew from the site (Rotterdam Pubs) that the Cambrinus which carried 160+ beers was closed! But it turned out that the ‘t Bolwerk, the other pub that sounded interesting in that neighbourhood was also no longer there.

What’s more, the second we arrived the skies opened up, and we ended up ducking into the first pub we saw, the Dutch Maritiem Pub.

This is the outside. 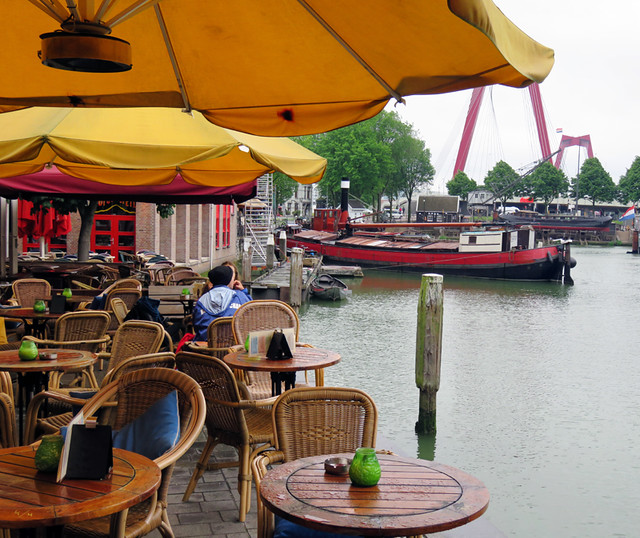 Inside is pretty Maritimey, no? 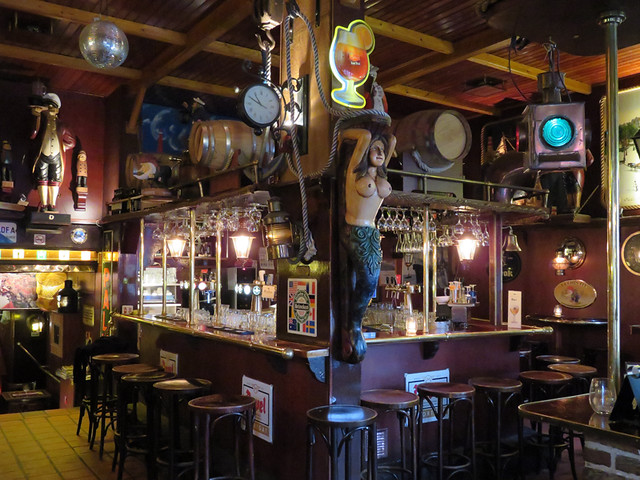 I picked the beer-like Belle-Vue Kreik, 4.3%: sour (but not vinegary), with bursts of cherry. 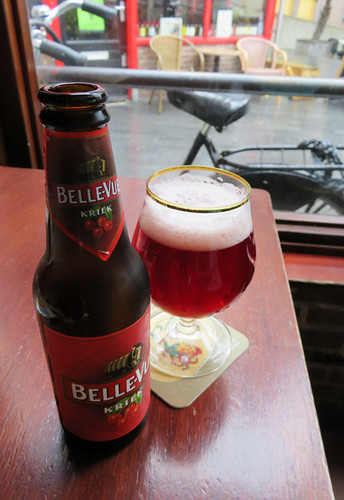 Al chose a Maredsous Tripel, 10%—“boozy at first, rich creamy, yes please!” This was his description on Untapped where he gave it 4 1/4 stars. We accompanied these two excellent beers with the soup of the day, a creamy asparagus, yummm.

We popped into the Pardeon Pub next door when it opened based on a recommendation from another customer. By six it was still raining and as the Pardeon didn’t serve food we came back to the Maritiem Pub for dinner. This is my blue cheese salad… 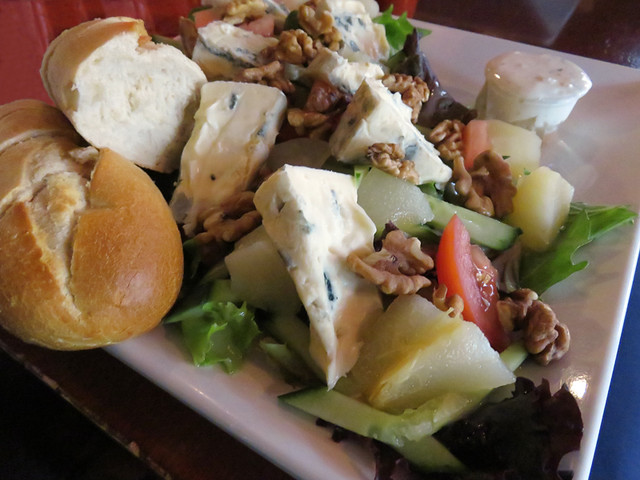 …and Al’s fish and chips, Dutch-style.

I don’t know exactly how many beers they serve; however the selection seems excellent as I managed to get a decent kreik (Belle-Vue) to accompany my lunch and the relatively obscure Forbidden Fruit (Verboden Vrucht) for dinner. 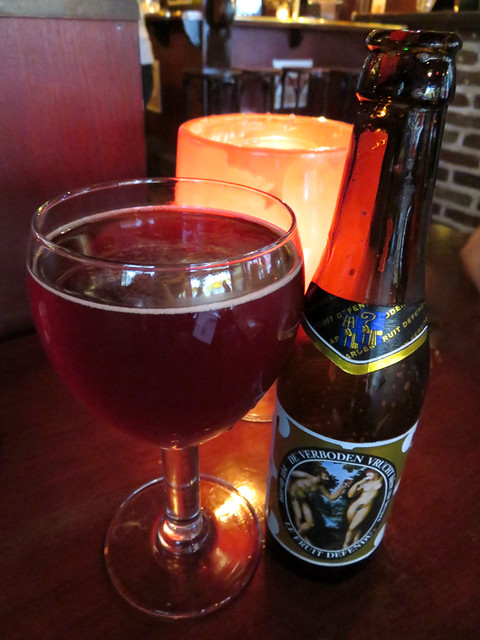 Incidentally, type in ‘best pubs in Rotterdam’ into Google and you will get most likely get a list of Irish pubs like Paddy Murphy’s  or O’Sheas, which makes me wonder if it is only the Irish who write pub reviews?

My favourite source, especially for Dutch pubs, is ‘europeanbeerguide.net‘, and here is his selection of Rotterdam Pubs, although, as mentioned, his listings are out-of-date in Oude Haven!

3 responses to “The Dutch Maritiem Pub in Rotterdam, Holland”