Al is a big sports fan and rather loud about it. And even though I’m often bored by sports I have to admit that watching a game in a local hangout and cheering for a local team is a great way to interact with locals.

This sketch was done in San Cristobal in Mexico, near to the Guatemalan border, where we had stopped at a taqueria for beer and tacos pastor.

On the TV there was a soccer game going on – US versus Guatemala. The place was packed – the only table available was directly in front of the TV. I ended up sitting under the TV, facing the crowd that was all looking at the TV.

My view of the crowd watching the game. 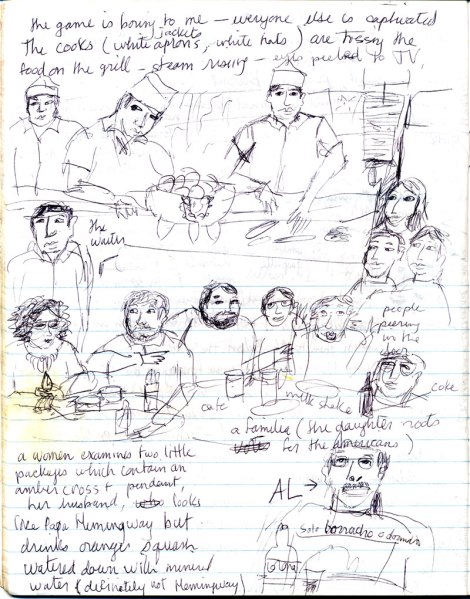 A rough translation of my bad handwriting…

Another sketch – this of our dinner and all the accoutrements that hang out with quesadillas.

On the same trip, another bar, another game. This one was in Mexico City and the soccer tournament was still going on, this time it was Mexico versus Guatemala. Naturally Al cheered for Mexico, along with the rest of the bar. One of the patrons came up and gave us this little drawing of Al at the end of the game! 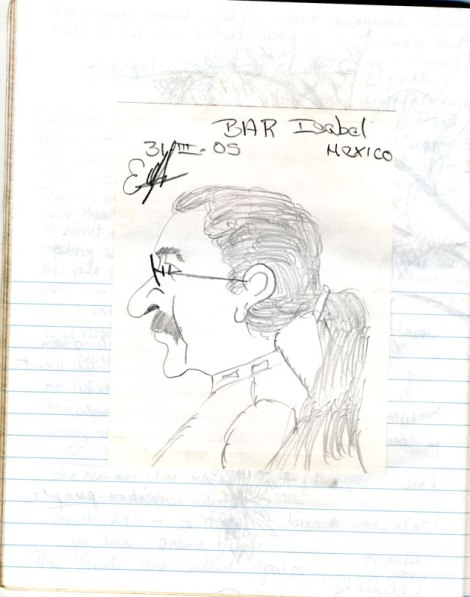