After a bunch of village hopping in the Picos de Europa, we stopped at the Bar Restaurante Remoña in the village of Pido.

The 3-course ‘menu del dia’ had a few items on it that had Al pulling out his Google translation app, especially the ‘callos de la abuela’. But even after the translation we were confused.

After pestering the waiter with questions the dish turned out to be ‘tripa’ or tripe. The ‘alubias con chorizo y tocino’ was some sort of bean soup from the region. We’d loved the ‘fabada’, the traditional bean stew in nearby Canga de Onis so decided to try this for the first course. It was delicious, along with hearty and filling, and they kept offering us refills which we kept turning down. 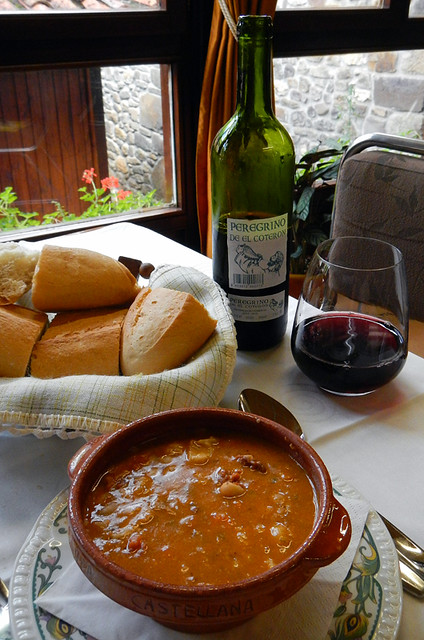 The ‘trucha con beicon’ – trout & bacon with fries. Again did we want another serving? 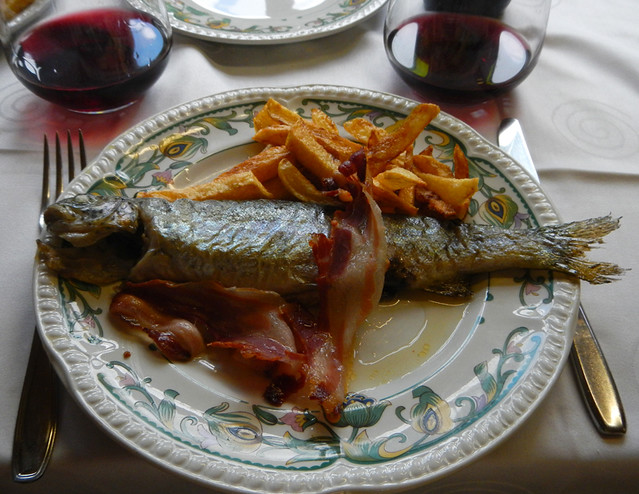 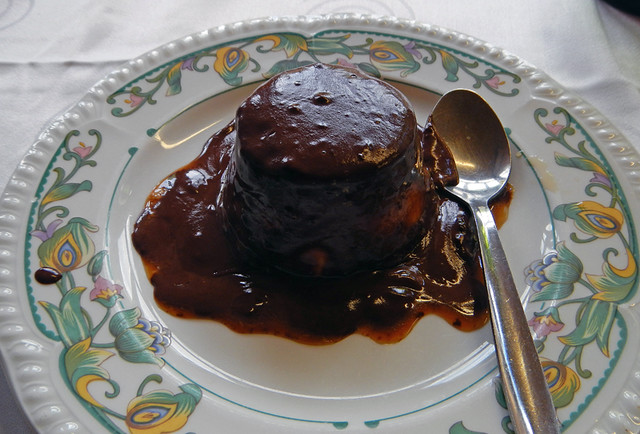 The half litre of wine that came as part of the menu del dia was ‘Peregrino de el Coteron‘, peregrino translating as ‘pilgrim’. Here is a close up of the empty bottle; it was delicious!

Map of showing the string of tiny villages between Potes, where we were staying, and Fuente Dé where we went up into the Picos de Europa via the teleférico.

4 responses to “Grandma’s Calluses for Lunch Anyone?”