Some baby turtles were born on the beach last night – right near our regular chairs!

The hotel collected them and put them in a tub with sand from the beach. There was some controversy about whether this was the proper environment for them, weren’t they supposed to be put in salt water? 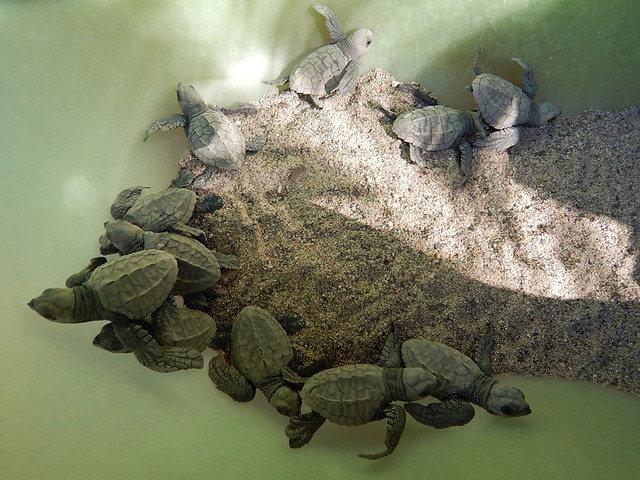 The staff scratched their heads and then went and fetched a bucket of ocean water and plopped them in that. The poor little things didn’t seem much better off.. 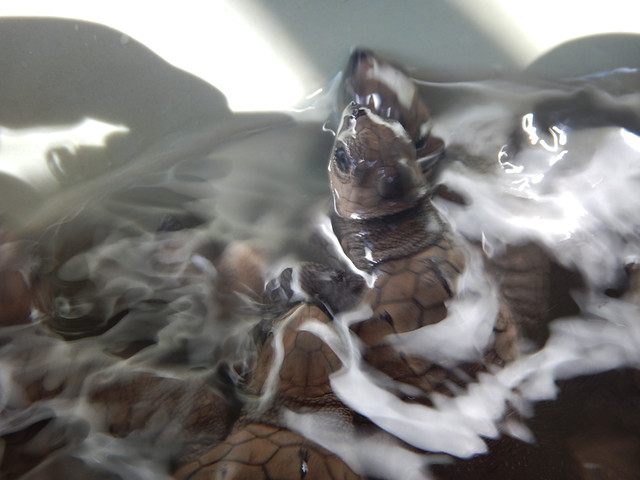 Back on the beach I found a little straggler the hotel people had missed. He was trying to get across the burning sand down to the ocean and got caught up in my towel.

I cupped him in my hands and took his frantic flapping little body up to join his siblings.

However the hotel had phoned the turtle conservation group and had been told to put them in a tub with sand and ocean water. Then the group came and picked the baby turtles up, planning on releasing them that evening on a less-touristed beach.

This appened ten minutes before I got there. So my poor little guy was the only one left; he was released later that day on our beach.

Four years earlier we had released baby turtles on a beach – one of my many fond memories of Mexico. 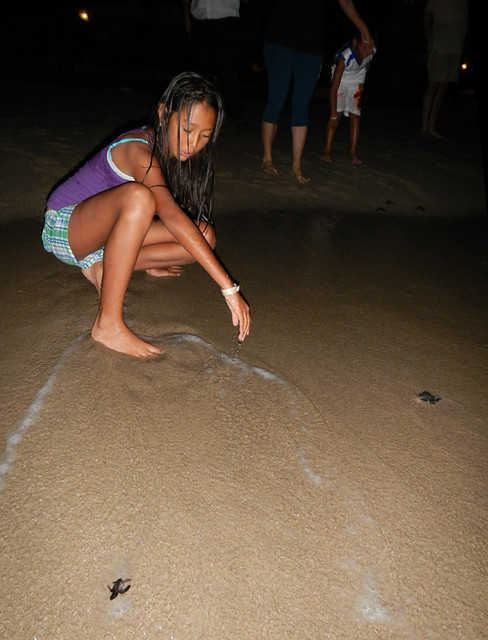 Several beaches along Mexico’s coast have turtle conservation areas, such as this vivero (nursery) in Barra de Navidad to the south. 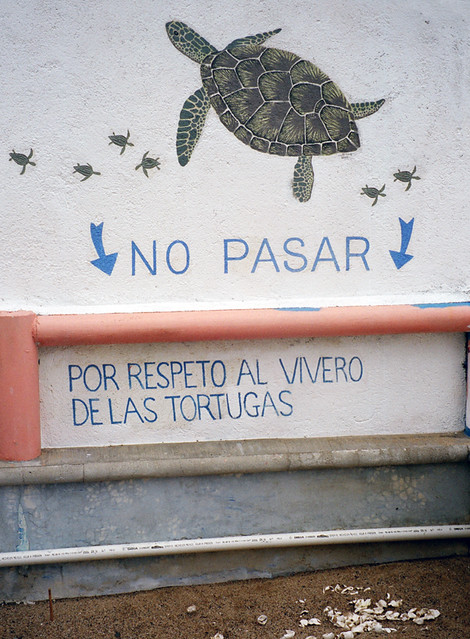 This article explains the many ways the sea turtles are endangered, and some potential solutions. http://theconversation.com/saving-mexicos-endangered-sea-turtles-will-be-good-for-tourism-too-67512

The fact that the turtles are coming back and laying eggs hopefully means that we will still have sea turtles in the future.