From 1964 to 1973 the US dropped millions of bombs in Laos and Cambodia, a ‘secret’ part of the war against Vietnam and Communism.

A country with very few resources, Laos has made use of the 2.5 million tons of munitions by repurposing the metal, although often at an horrific human cost, for in 2016 it was estimated that there were still 80 million unexploded bombs in the country.

A bridge anchored by recycled bombs in Laos. 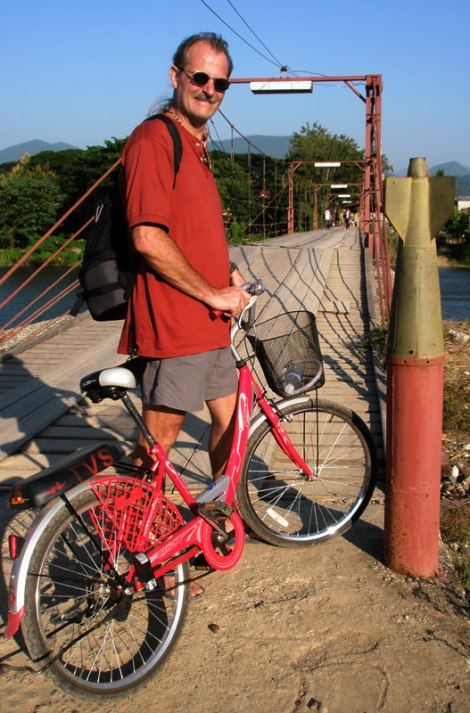 Recycled bomb acts as a planter in a monastery in Luang Prabang.

2.7 tons of bombs also fell in the country next door, Cambodia, and current speculation insists that the destabilizing effect of this action lead to the Khmer Rouge and the genocide of millions of citizens.

When we were there in 2007 Cambodia was still a country in pain, but everywhere you could see attempts to heal the population. One of these was a metal sculpture exhibit in Siem Reap entitled ‘Turning Weapons into Art’. My biggest hope for the country were its children, who seemed exempt from the anger, and were protected from any future nightmares… 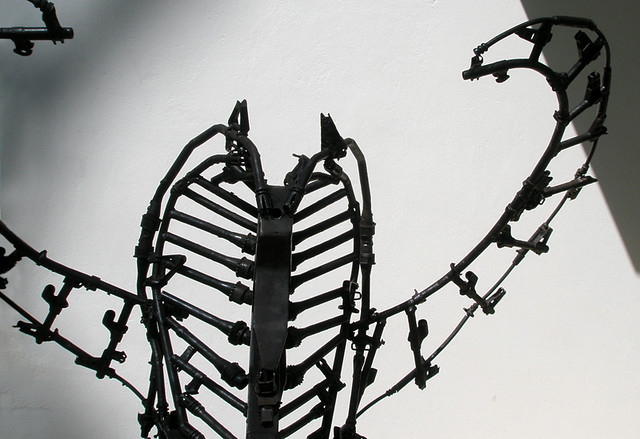 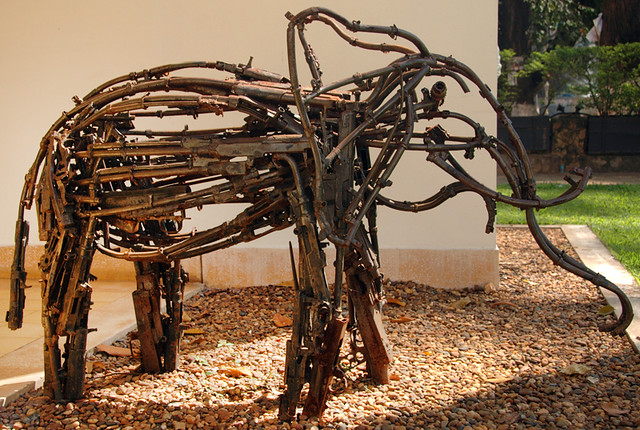