Like most Mexican towns Zacatecas has its must-see sights, but for me the best part is just walking around, exploring the town and eating the food!

Dramatic metal sculpture of the Christ figure on a wall.

A fountain carved from the famous pink stone of the region. 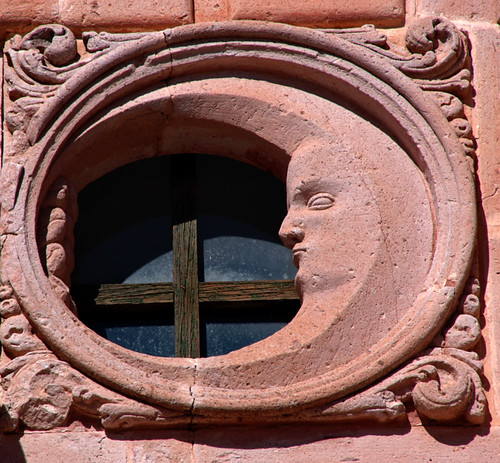 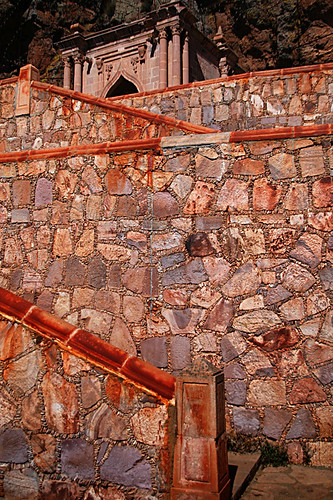 The cathedral is stunning inside. When we were exploring the dim interior near the end of the day bands were setting up outside giving our explorations an eerie soundtrack – I felt like I was in some ominous movie! 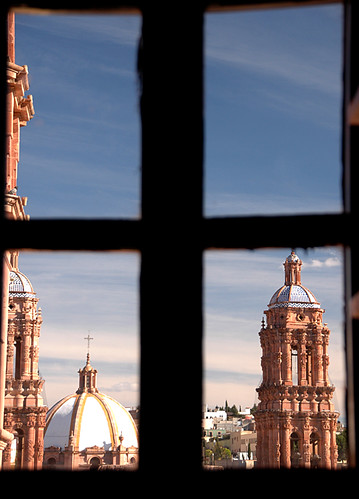 A wall of a wood workshop. 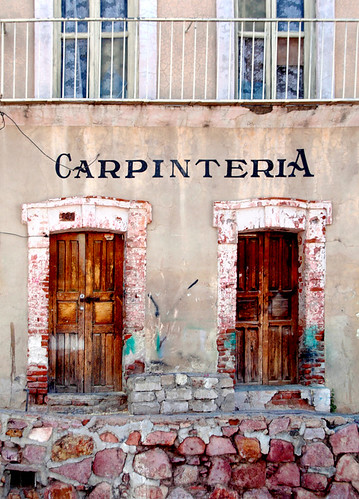 The Eden Mine tour. 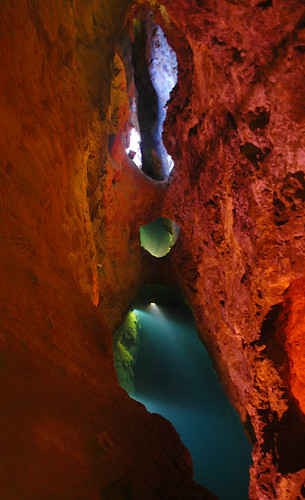 The original way the rock was excavated carrying heavy baskets up a precarious ladder. 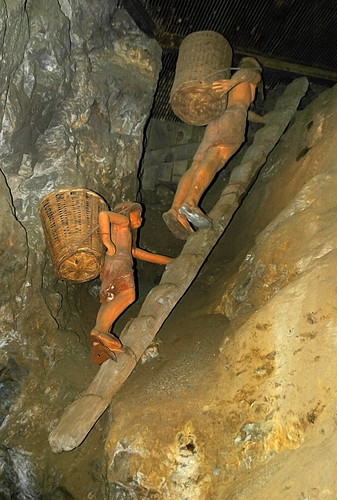 Restaurant Fonda El Jacalito: We had breakfast here several times, try their chocolate francesca! Apparently their food is fantastic the rest of the day too.

More of my favourite Zacatecas sights:

Going in a teleferique up to the Cerro de la Bufa, the site of Pancho Villa’s last battle. The great view of this pastel-coloured town is only a small part of that experience.

Two world-class art museums in one town courtesy of the Coronel Brothers.

The town of Guadalupe with its ex-monastery that has been converted into a museum and art gallery is a short side-trip from Zacatecas.

4 responses to “The Best of Zacatecas, Mexico”